In celebration of World Emoji Day today, the Unicode Consortium has announced the launch of a redesigned website aimed at making it easier for anyone to submit a proposal for a new emoji.

For those unfamiliar with the Unicode Consortium, it is the nonprofit organization that maintains text standards to support the world's written languages across all devices, which includes emoji characters. 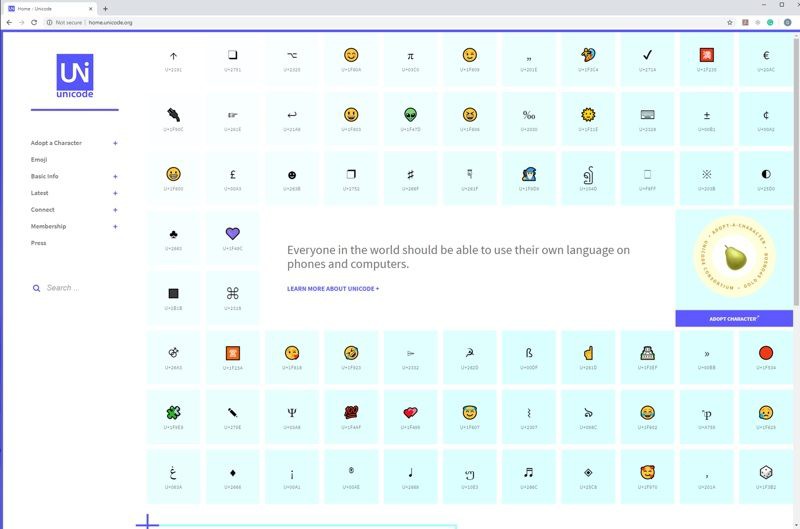 The updated website makes information about the emoji proposal process more accessible to people along with encouraging public participation in Unicode initiatives.

Since 2010, the Unicode Standard has covered emoji characters, which has helped standardize the available emojis across all platforms. Emoji encoding and standardization are just one part of the Consortium's text standards work, but the popularity of emoji has garnered a lot of attention for the organization.

"We've been working with the Unicode Consortium for several years to open up the emoji proposals process by making it more accessible and understandable," said Jennifer 8. Lee, co-founder of Emojination. "While I personally found the late-90s aesthetic of the developer-centric Unicode.org site very retro and nerd charming, the new site redesign is a reflection of Unicode's deep desire to engage the public in its work."

The new site has a more modern design and it offers information on the emoji submission and standardization process.

"Emoji are just one element of our broader mission," said Mark Davis, president and co-founder of the Unicode Consortium. "The Consortium is a team of largely volunteers who are dedicated to ensuring that people all over the world can use their language of choice in digital communication across any computer, phone or other device. From English and Chinese to Cherokee, Hindi and Rohingya, the Consortium is committed to preserving every language for the digital era."

The Unicode Consortium's new website is available starting today, and to earn money for future endeavors, the site is allowing people to "adopt" an emoji character, including new Unicode 12 characters like the the sloth, sea otter, waffle, and Saturn.

Kabeyun
I am absolutely not one of those fools who beat the emoji joke to death. But seriously? Are consumers really suffering from too much friction in the emoji development process?
Score: 2 Votes (Like | Disagree)

Now I also want to know what an Airtable Master is. And I want dumplings for lunch.
Score: 2 Votes (Like | Disagree)

ChrisMoBro
Hopefully they should allow the Tibetan flag to be added

DrNevs
"We've been working with the Unicode Consortium for several years to open up the emoji proposals process by making it more accessible and understandable," said Jennifer 8. Lee, co-founder of Emojination.

Am I missing something, or does the co-founder seem to have a number as a middle name???
Score: 1 Votes (Like | Disagree)
Read All Comments