Apple in macOS Catalina introduced a new feature called Sidecar, which is designed to turn an iPad into a second display for a Mac, either extending what's on the screen or mirroring the content.

Apple hasn't yet provided details on which devices will work with ‌Sidecar‌, but developer Steve Troughton-Smith was able to find some details by digging into macOS Catalina's code. 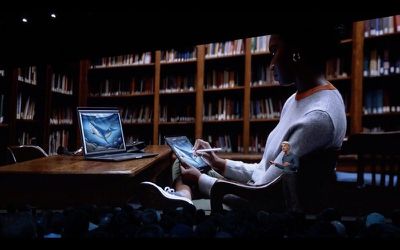 As it turns out, ‌Sidecar‌ is limited to many of Apple's newer Macs, and the devices listed below will be able to use it.

It's not clear if this is a complete list, but Troughton-Smith says a long list of older machines are blacklisted from taking advantage of the feature. Some older Macs that are not greenlit for ‌Sidecar‌ can still use the feature via the Terminal command provided by Troughton-Smith, but there's no complete list on exactly which older Macs the Terminal command works with.

There's no word on whether all iPads will work with ‌Sidecar‌, or if there will be limitations on that end as well. iPadOS, required for ‌Sidecar‌, runs on The iPad Air 2 and later, the iPad mini 4 and later, the 5th-generation ‌iPad‌ and later, and all iPad Pro models.

The oldest of these iPads, the ‌iPad mini‌ 4 and the ‌iPad Air‌ 2, use A8 and A8X chips respectively, while the newer models all use more powerful chips.

Update: According to a MacRumors reader who has used the feature, ‌Sidecar‌ works well with the ‌iPad Air‌ 2, which means it should also work with all other iPads that are compatible with iOS 13.

HacKage
Are there any hardware limitations for this, or are Apple just taking the piss?

The Mac Pro that you can go into the stores and buy right now isn't supported!
Score: 29 Votes (Like | Disagree)

Dr. McKay
Disappointing, very disappointing. My mid 2015 15 inch MB Pro is out, then. Don't tell me an i7 and a dedicated Radeon graphics card can't handle Sidecar...
Score: 26 Votes (Like | Disagree)

It's not about performance.
If a 2018 MacBook Air can do it, how can any retina MacBook Pro not be about to do it performance wise??
Not to mention 2013 Mac Pro
Score: 16 Votes (Like | Disagree)

It's not about performance.
If a 2018 MacBook Air can do it, how can any retina MacBook Pro not be about to do it performance wise??
Not to mention 2013 Mac Pro

It apparently uses hardware HEVC support for the best picture. Which I think only started with Skylake CPUs.
Score: 15 Votes (Like | Disagree)

I'll take that wager (and your money), since iMacs don't have a T2 chip nor do pre-2018 MBPs.
Score: 8 Votes (Like | Disagree)
Read All Comments