Thursday February 28, 2019 8:32 am PST by Joe Rossignol
Qualcomm may be running out of time if it wants to supply Apple with 5G modems for its 2020 iPhones as some rumors suggest. 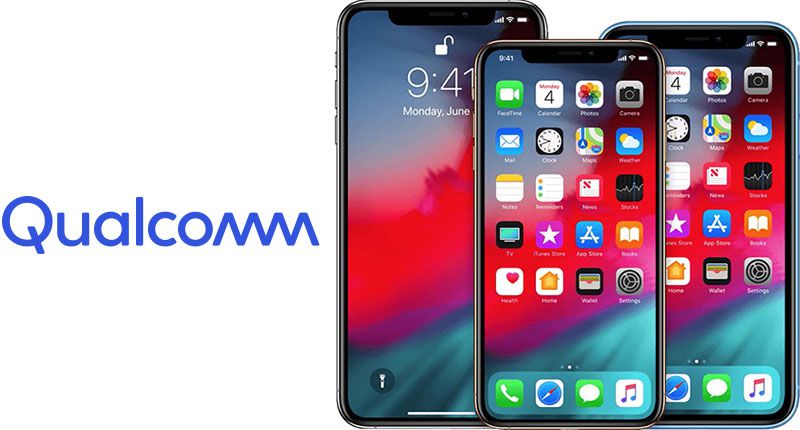 In a research note today, analysts at investment bank Barclays said that while they originally thought Qualcomm had an opportunity to supply the 5G modems to Apple, they now believe that time "seems to be running out" unless the two companies can settle their bitter legal battle in the next few weeks.

Back in November, it was reported that Apple will tap Intel as its 5G modem supplier instead, but Barclays analysts believe that the modem design for 2020 iPhones "needs to be set now," and that the expected late 2019 availability of Intel's first consumer 5G modem "does not work with Apple's timeline."

Apple recently testified that it held conversations with Samsung and MediaTek as potential alternative suppliers, but it's unclear if those companies would be able to meet Apple's production, performance, and cost demands.

Apple is also reportedly working on its own cellular modems, but research and development appears to be in the early stages.

Last week, Intel confirmed that it expects the first consumer products embedded with its 5G chips to be released in 2020, the same year Apple is rumored to release its first 5G-enabled iPhone, enabling faster data speeds.


Actually, I think it's consumers that are screwed. And Apple, but Apple, right or wrong (and I think they are right) in the ongoing dispute, somewhat dug its own grave by not negotiating successfully up front and taking part in this situation at all. But yeah, what this means is Apple may not have 5G in 2020. Doesn't bother me we dont have it now. But 2020? Thats going to be a bitter pill.
Rating: 17 Votes

CalvinBroadus
QC modems >>>>>> Intel Modems
They're trolls for sure, but they make some damn good modems. Intel's are crap in comparison.
Rating: 11 Votes

My point is, they should have never burned that bridge.

Maybe they shouldn't have burned that bridge (I personally don't think it's completely burned) generally speaking. But posting they're screwed on this topic implies they're screwed in relation to 5G modem orders. I don't think so. As [USER=147479]@rjohnstone[/USER] noted, they probably didn't factor Apple into their future numbers.

Regarding 5G, I think Apple has a little more to worry about because Intel. Intel never met a product timeline they couldn't conveniently ignore. The readiness of their 5G modem in 2020 has to be taken with a grain of salt. Even if - I doubt it - they managed to hit their 2020 timeline, that pushes their product's market readiness into late 2020 at the earliest. But this is Intel, so we know that means at least end of Q2 2021:D

I'm pretty sure Apple and Qualcomm will eventually come to some kind of detente and find a way to do business.
Rating: 9 Votes

How?
Seriously... they supply modems to a large number of other device manufacturers.
I highly doubt they had an Apple order factored into any financial forecasting given the current situation.
Rating: 9 Votes

mcbird32
Is this a joke? Does anyone really think Qualcomm has a shot at making the next iPhones' modems?
Rating: 7 Votes

intel is so behind in 5g, the only ones left crying are consumers like you and me who have to buy 2020 iphone with sub standard 5g iphones.


Where is evidence for that?

It's like it happened with Intel modems in XS and XS Max, people complained and said how "Intel is crap and Qualcomm is superior to Intel", when it turned out in the end there is nothing wrong with Intel modem, and everything got fixed with software update.
Rating: 7 Votes

Malcster
I really hope they can work this out.

When you pay iPhone prices for a smartphone you should get the best modems (which are, unfortunately, QC) intel are very poor in comparison.
Rating: 6 Votes

More reason for Apple to go all in and just do it themselves - Intel has stiffed Apple many times in the past with delays in production-
Rating: 5 Votes