Saturday February 23, 2019 11:35 am PST by MacRumors Staff
Reuters reports that Intel has confirmed it does not expect its 5G chips to be in consumer products until 2020.

Intel Corp executives said on Friday its 5G modem chips will not appear in mobile phones until 2020, raising the possibility its biggest customer, Apple Inc, will be more than a year behind rivals in delivering a device that uses the faster networks.

Intel's timeline is tied closely with Apple's product plans due to Apple's reliance on Intel chips for its iPhone modems. Previously a Qualcomm customer, Apple has been at odds with Qualcomm due to an ongoing legal battle between the two companies. In fact, Qualcomm has been reportedly unwilling to sell its chips to Apple because of the conflict. 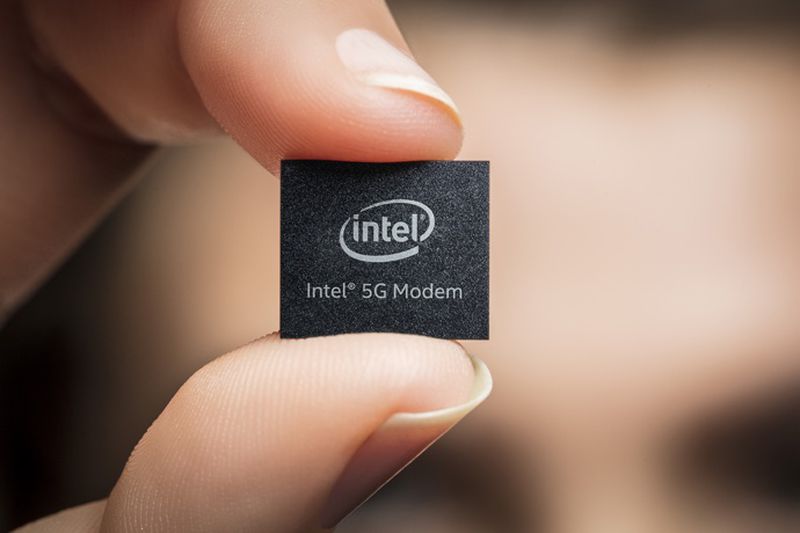 That has left Apple reliant on Intel for its modem chips in the latest line of iPhones, though Apple has been exploring other vendors, and even working to develop its own chips. That plan, however, isn't expected to produce results until 2021, at least.

Apple waiting until 2020 to deliver 5G iPhones doesn't come as a surprise as previous rumors have said the same. This statement by Intel, however, does seem to confirm some of those previous rumors.

johnyslats
I can wait. As much as carriers and smartphone vendors want us to buy into the ‘5G is here’ hype the infrastructure for widespread adoption just won’t be here for some time
Rating: 38 Votes

Just kiss and make up with Qualcomm, Apple!

Apple’s Ego is too big for that lol
Rating: 11 Votes

Kelson
And this is a problem because?

There is going to be very little actual service coverage in 2019. Not to mention that the 5G chips are massive power drains.

I'm more than happy to wait until 2020 to get a 5G iPhone. This is a non-issue in my mind. I'd like to see continued gains in framework development for App devs, more CPU/GPU power, and better battery life for the 2019 phones.
Rating: 10 Votes

1. iPhone users won't have 5G anywhere in the world
2. People who buy iPhone in 2019 and most of 2020 won't have 5G for as long as they keep their phones (i.e. long after 5G is available everywhere)

Just like with other new tech (LTE, OLED, NFC, USB-C, wireless charging etc.) Apple customers get it last and sometimes years after others.

I remember when LTE came out. It was trash. I had a Samsung phone with LTE and it was slow, spotty, and never worked well.

iPhones didn't have OLED, but still managed to have some of the best screens in the industry.

Apple isn't last to every technology and when they aren't first, they always make it work better.

vicviper789
But you will have the icon on some phones! ;)
Rating: 10 Votes

Heineken
Because in 2019 a modem that has no network support is very important ... oh wait ...
Rating: 9 Votes

Thalesian
Intel is on the road to get the NVIDIA treatment.
Rating: 8 Votes

I7guy
Because in September 2019 5g will be widely available in every corner of the United States and all across the globe?
Rating: 6 Votes

KrisLord
I’m not concerned about a lack of 5G as the network isn’t there.

What we should be concerned about is if Intel are a year or more behind other manufacturers when they release their V1 product.
Rating: 6 Votes