Following last month's revelations that Facebook and Google were using Apple's enterprise developer program to bypass the App Store and collect analytics from participating users, TechCrunch now reports that dozens of pornography and gambling apps are abusing the program as well. 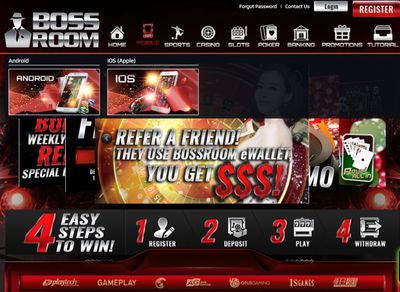 TechCrunch was able to download and verify 12 pornography and 12 real-money gambling apps over the past week that were abusing Apple's Enterprise Certificate system to offer apps prohibited from the App Store. These apps either offered streaming or pay-per-view hardcore pornography, or allowed users to deposit, win, and withdraw real money — all of which would be prohibited if the apps were distributed through the App Store.

The report notes that the problem starts with Apple's lax standards for accepting businesses into its enterprise program, which is solely intended for companies to allow employees to side-load apps for internal use.

Developers simply have to fill out an online form and pay $299 to Apple, as detailed in this guide from Calvium. The form merely asks developers to pledge they're building an Enterprise Certificate app for internal employee-only use, that they have the legal authority to register the business, provide a D-U-N-S business ID number, and have an up to date Mac. You can easily Google a business’ address details and look up their D-U-N-S ID number with a tool Apple provides.

Legitimate enterprise certificates are reportedly passed around on the black market too, particularly in China, and then used for prohibited purposes.

Apple did not explain how these apps slipped under the radar, whether it conducts routine compliance audits on developers in the program, or if it plans to change its enrollment process. Apple did issue a statement to TechCrunch noting that any developers who abuse the program will be immediately terminated:

Developers that abuse our enterprise certificates are in violation of the Apple Developer Enterprise Program Agreement and will have their certificates terminated, and if appropriate, they will be removed from our Developer Program completely. We are continuously evaluating the cases of misuse and are prepared to take immediate action.

Apple has apparently disabled some of the pornography and gambling apps over the past few days, but the report concludes that Apple should more tightly enforce its program to ensure it is not being used inappropriately.

Pornography and gambling apps involving real money are not allowed on the ‌App Store‌.

That's a stunning shock when I realize details about the enterprise cert program!!!

What shocks me most is the $299 fee. With enterprise programs I'd imagine they charge in the 10s of thousands of dollars. In fact, they should start charging that mount now. For REAL enterprise developers, 50K is still a very manageable amount. That will weed out all of the scammers.

Not every enterprise is a fortune 500 company, Lots of smaller companies use customized software solutions.
Score: 18 Votes (Like | Disagree)

TechCrunch was able to download and verify 12 pornography and 12 real-money gambling apps over the past week that were abusing Apple's Enterprise Certificate system to offer apps prohibited from the App Store.

Ah, I’m guessing this is what you write about when the boss walks in on you having some personal time in your office. Well, played, Josh.

“What are you downloading?!”

nt5672
Or Apple could just allow everything that is legal in the country that the app is sold in. Simple, elegant, non-discriminatory.

Of course you are worried about the Apple brand, or the children. That is simple too. Make an adult flag that prohibits download and install unless explicitly authorized by a credit card holder. Charge $1 to authorize and Apple can even profit from the feature. Make the feature show up on the credit card invoice as "Adult Content".

But no, to do that Apple would have to remove its conceit and start to respect user's choices.

Again simple solutions exist, but are not wanted. Apple is and always will be your nanny, unless people stand up and complain.
Score: 13 Votes (Like | Disagree)

ryanwarsaw
Apple needs to simply let go of the idea of controlling adult content and move on.
Score: 11 Votes (Like | Disagree)

Or Apple could just allow everything that is legal in the country that the app is sold in. Simple, elegant, non-discriminatory.

Of course you are worried about the Apple brand, or the children. That is simple too. Make an adult flag that prohibits download and install unless explicitly authorized by a credit card holder. Charge $1 to authorize and Apple can even profit from the feature. Make the feature show up on the credit card invoice as "Adult Content".

But no, to do that Apple would have to remove its conceit and start to respect user's choices.

Again simple solutions exist, but are not wanted. Apple is and always will be your nanny, unless people stand up and complain.

I’m happy that apple restricts app content. A lot less to worry about as a parent, a lot less junk to filter through to get to decent apps, and the issue of “legal in the country” doesn’t work - things may be legal in one town and not legal in the next town over. It’s not a country-by-country thing. When I need an app that the App Store won’t allow (or which the economics of the App Store prevent from happening), I just write it myself.