Apple has announced a new section in the Apple News app dedicated to providing coverage of the U.S. midterm elections from now through to November. 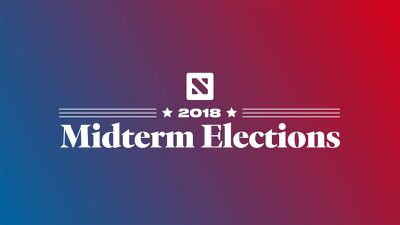 Apple says the new section is designed to help readers follow the latest on the 2018 Midterm Elections with breaking news, exclusive highlights and analysis from trusted sources curated by Apple News' team of experienced editors.

Special features will include "The Conversation", a collection of opinion columns about hot-button issues from sources they may not already follow, and "On the Ground", which highlights issues that matter to local constituents on the most important races.

"Today more than ever people want information from reliable sources, especially when it comes to making voting decisions," said Lauren Kern, editor-in-chief of Apple News. "An election is not just a contest; it should raise conversations and spark national discourse. By presenting quality news from trustworthy sources and curating a diverse range of opinions, Apple News aims to be a responsible steward of those conversations and help readers understand the candidates and the issues."

In addition to presenting coverage from Fox News, Vox, and other publishers, Apple says its News app will offer exclusive features, including:

The new section is available to readers in the U.S. only, and can be accessed within the News app from a banner across the top of the For You tab, as well as through Top Stories and the Spotlight tab.

vaxes
This totally won't have any Bias...

It’s an aggregation feed. Do you think the manpower used on it would make ANY difference on MacOS base code?
[doublepost=1529925141][/doublepost]

This totally won't have any Bias...

If only this subsection of the specialized news app wasn’t compulsory! :rolleyes:
Score: 12 Votes (Like | Disagree)

nwcs
I want the option in Apple news to exclude all political articles. But while they are at it, maybe they could add a new section called “civil discourse” where articles are published without extremist rhetoric where not every topic is about winning and losing for your point of view.
Score: 12 Votes (Like | Disagree)

This totally won't have any Bias...

I just pulled it up and one of the first articles I saw was from Fox News so...
Score: 11 Votes (Like | Disagree)

The new section is available to readers in the U.S. only, and can be accessed within the News app

Actually, the entire News app is still US only. You can’t download it in the rest of the world ( at least in France you can’t ) , and all you get is a tiny 4 or 5 headlines ( mostly trash* news collected by some local intern ) in the widget section ( lock screen) of your iOS device.

* i mean, literally, one of the 5 headlines of today is : “ un chat déclenche un incendie et meurt dans les flammes “ which translates as “ a cat provokes a fire and dies in the flames”
I mean, I’m very sorry for the cat, but really ? Is that among the 4 or 5 most pertinent things that happened today in France and worldwide ?
Score: 9 Votes (Like | Disagree)
Read All Comments

Sunday June 26, 2022 7:36 am PDT by Joe Rossignol
iPhone 14 Pro models are widely expected to feature always-on displays that allow users to view glanceable information without having to tap to wake the screen. In the latest edition of his Power On newsletter for Bloomberg, Mark Gurman said the feature will include support for iOS 16's new Lock screen widgets for weather, fitness, and more. "Like the Apple Watch, the iPhone 14 Pro will be...
Read Full Article • 88 comments