iOS 12 Wishlist: Features MacRumors Readers Hope to See in the Next Version of iOS

Apple plans to introduce the next-generation version of iOS, iOS 12, on June 4 at its Worldwide Developers Conference. Rumors have suggested this is going to be a bug fix and performance improvement update, with Apple delaying some features until iOS 13 to focus on these internal changes.

There are, however, rumors that we may see updates that include cross-platform apps for Mac and iOS devices, new Animoji, Animoji support for FaceTime, updated parental controls, and an enhanced version of Do Not Disturb. Rumors never cover all of the features that we see in new versions of iOS, though, so there could be additional changes in the works. 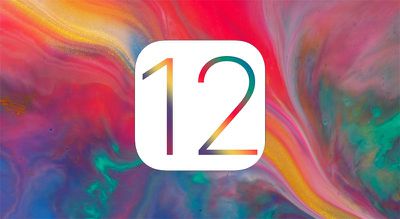 With that in mind, we've taken a look at some of the most-desired features MacRumors readers are hoping for in iOS 12, pulled from our forums.

More than anything, most of our readers are hoping that Apple is going to hunker down and focus on bug fixes and performance improvements to make existing features operate smoothly and without issues.

Apple is said to be planning to address stability and performance concerns in this update, and has gone as far as delaying planned features in favor of underlying fixes.

Do you have other features you're hoping to see in iOS 12 that didn't make our list? Let us know in the comments.

trip1ex
I'd like an option so the phone is locked vertical but plays videos horizontal without unlocking/locking back up every time.

Anytime an auto-correct prompt is over-ridden (ie: No, please don't auto-correct this, it's correct as is) it should prompt to add the unknown text to the dictionary.

Also, a Do Not Disturb setting for No Caller ID calls. Now, there is no way to block them!
Score: 22 Votes (Like | Disagree)

I really hope Cook makes his team focus on these extremely important aspects of any OS!
Score: 18 Votes (Like | Disagree)
Read All Comments