The ticket lottery for Apple's 2018 Worldwide Developers Conference ended yesterday morning at 10:00 a.m. Pacific Time, and following the end of registration, Apple has started sending out confirmation emails to winners.

Developers who were lucky enough to win a ticket can expect to see their credit cards charged for the $1,599 over the course of the next few days. 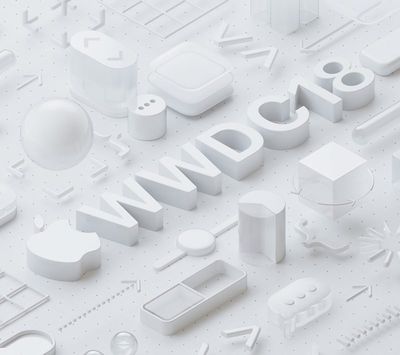 Apple has been using a lottery system to provide developers with WWDC tickets for the last several years due to high demand. There are approximately 5,000 spots open for developers, but Apple gets many more applications than that.

Developers will be able to attend iOS, watchOS, tvOS, and macOS app development sessions and more than 1,000 Apple engineers and executives will be available.

This year's event will start on Monday, June 4 and last through Friday, June 8. On Monday, Apple will host a keynote event to introduce new iOS, tvOS, watchOS, macOS, and HomePod software, and we could be surprised with a few new hardware products as well.

Rumors thus far have suggested we might see updated iPad Pro models with slimmer bezels and a TrueDepth camera system for Face ID functionality, and a less expensive MacBook Air.

Following the keynote event, Apple will make new software updates available to developers and the rest of the week will be spent in technical sessions and hands-on labs.

Developers not selected to purchase a WWDC ticket will be able to watch the keynote session and follow along with technical sessions through the Apple Developer Website and the WWDC app for iPad, iPhone, and Apple TV.

deputy_doofy
Winners of the lottery.... can expect to see their credit cards charged $1599.

Pretty mind blowing that you need to enter a lottery just for a CHANCE to be able to PAY to go to WWDC.

I'm guessing they're verifying purchaser ID on admission? Otherwise the scalping would be legendary.
[doublepost=1521831289][/doublepost]

I know, I was just thinking about that. Is there really anything you can get out of WWDC that you can't out of online resources and books that cost far less than $1599?

For developers of enterprise apps, the time with developers and networking FAR outweighs the cost. We try to send a few guys every year.
Score: 6 Votes (Like | Disagree)

zorinlynx
Pretty mind blowing that you need to enter a lottery just for a CHANCE to be able to PAY to go to WWDC.

I'm guessing they're verifying purchaser ID on admission? Otherwise the scalping would be legendary.
[doublepost=1521831289][/doublepost]

Winners of the lottery.... can expect to see their credit cards charged $1599.

I know, I was just thinking about that. Is there really anything you can get out of WWDC that you can't out of online resources and books that cost far less than $1599?
Score: 3 Votes (Like | Disagree)

Did they call you or you called them?

nitramluap
I got a golden ticket! Huzzah! Now to book flights from Australia to San Francisco! :-D
Score: 3 Votes (Like | Disagree)

pilotpat
Got mine! Can't wait!! My employer pays for the ticket.

I know, I was just thinking about that. Is there really anything you can get out of WWDC that you can't out of online resources and books that cost far less than $1599?

The chance to interact directly with peers from around the world and talk directly to Apple engineers in one on one sessions is worth the price.
Score: 2 Votes (Like | Disagree)
Read All Comments