At the time of the original rumor, Iovine denied he would leave the company: "I am committed to doing whatever Eddy [Cue], Tim [Cook] and Apple need me to do, to help wherever and however I can, to take this all the way. I am in the band." As of now, it's unclear what exactly he will be doing in his consulting role with the streaming music service, but upon his transition he will no longer be the public face of Apple Music. 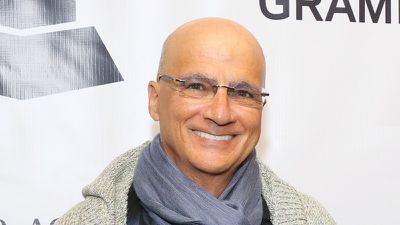 Iovine reportedly plans to spend more time with his family while at the same time supporting Apple Music and Apple senior vice president Eddy Cue "as needed." According to people close to Iovine, the transition from Beats' "edgy culture" to Apple's focus on "appealing to the masses" proved to be a challenge.

While Iovine was the public face of Apple Music and held meetings with employees and artists in Los Angeles, in recent years "most of Apple Music's operations" had been designated to Robert Kondrk and Jeff Robbin, overseeing business and engineering sides respectively. Cue is said to now be deciding on whether to continue divvying up responsibilities between Kondrk and Robbin, promoting one to a more public role, or hiring someone outside of Apple to become the new Iovine.

Iovine has been with the Apple Music team since 2014, when Apple acquired Beats Electronics and the Beats Music streaming service, both of which were co-founded by Iovine and Dr. Dre. Before that acquisition, Iovine has had a long history with Apple, first pitching a subscription music service to Steve Jobs in 2003.

Iovine's transitioning this August will be timed with the vesting of stock he acquired when first joining Apple. In January, he said that the bulk of his stock "vested a long time ago," and while a tiny portion remains unvested, it's "not what [he] thinks about." Still, the people familiar with his plans have now confirmed that the timing of his transition is in some part "linked" to the Apple shares he received in the Beats acquisition.

According to the WSJ, Iovine's stepping back from leadership makes him "one of the last" of the Beats team that Apple gained following the acquisition in 2014.

Mr. Iovine is one of the last of a team of prominent music executives Apple gained when it bought Beats Electronics LLC in 2014 for $3 billion. Former Chief Executive Ian Rogers, Beats co-founder Dr. Dre and Nine Inch Nails frontman Trent Reznor, another top Beats executive, have all left or distanced themselves from the company since the Apple deal, people familiar with the business said. Beats President Luke Wood, who oversees the headphone business, remains.

In his time at Apple, Iovine grew Apple Music to amass 36 million subscribers as of March 2018, while also pushing for the service to include more than just music and helping to launch shows like Carpool Karaoke. Before the launch of that show, as well as Planet of the Apps, Iovine said he hoped Apple Music would be "an entire pop cultural experience."

Nimrad
I bet nobody knows what he even does at Apple
Score: 24 Votes (Like | Disagree)

YaBe
People keep bashing him, without even knowing what he does..... speaks volume of how good at judging some people are.

I do not know the guy, I can't speak eiothr pro or cons, but the fact that he is well respected at Apple (wich I think knows better than me what works for them) and that they still think he deserve to get that fat paycheck, means to me that he deserve his spot.

When the time comes that Apple think he is not working for them anymore, they will definetly find a way to get rid of him (no one is irrepleaceable) but to moan and judge when you are admitting you don't know what he does, well might not be so smart.

Probably just sticking around so he can collect one of the big fat apple paychecks, and not really doing much, but fraternizing with fellow employees. Seriously.... How much consulting does apple need for iTunes?!? You put music on it, people subscribe to listen.

Well seems you got all figured out, why don't you start your own Music service?

The rest is just design work done to the look and feel of the app. Really? What else is there?

Wow ...JUST design? What have you designed? (how ironic this comment about a company who sells....well "design")

“Most people make the mistake of thinking design is what it looks like. People think it’s this veneer – that the designers are handed this box and told, ‘Make it look good!’ That’s not what we think design is. It’s not just what it looks like and feels like. Design is how it works.” – Steve Jobs

Never liked him nayways. Good for Apple. His business decisions sounded dumb to me.

Yeah selling for billions to Apple sounds dumb to me too....not!
Score: 8 Votes (Like | Disagree)

magbarn
A billion here and a billion there, pretty soon it becomes real money. When Apple can't spend a few million updating the iPad mini and the Mac Mini from using 4 year old CPU's....
Score: 8 Votes (Like | Disagree)

In January, he said that the bulk of his stock "vested a long time ago," and while a tiny portion remains unvested, it's "not what [he] thinks about."

Lol, I got a bridge to sell you.
Usually Apple does the milking, but this time they got "out-milked"
Score: 7 Votes (Like | Disagree)

BODYBUILDERPAUL
So much hate on this site! C'mon guys, if you can do a far better job, then go do it. But don't hate on a guy that you know nothing about. I've worked in this industry and radio, certainly it is full of fat cats with no interest in music but this guy, is one of the good guys. Respect him please. There's very, very, very few to almost zero good, passionate guys left in this industry!

My heart sank when I read 'the transition from Beats' "edgy culture" to Apple's focus on "appealing to the masses" proved to be a challenge'.

The DNA and soul of Apple was always having that 'edgy culture'. Or, at least it was. It was never about appealing to the masses - there's Windows and Android for that along with Spotify!
[doublepost=1521641995][/doublepost]

All of the music execs have left because they don't like working a 9-5. It's too much for them. They are rich. They don't like playing by the rules.

Why should anyone 'play by the rules?'.
Score: 6 Votes (Like | Disagree)
Read All Comments