Apple is buying Beats Electronics and the Beats Music streaming service for a total of $3 billion. The acquisition is the largest in Apple's history and is the biggest move by CEO Tim Cook since he took the reins from Steve Jobs several years ago.

Beats co-founders Jimmy Iovine and Dr. Dre will join Apple as full time employees, with both reporting to iTunes head Eddy Cue. In an interview with The New York Times, Cook said Iovine and Dre were "really unique" and that "it's like finding the precise grain of sand on the beach. They're rare and very hard to find."

Cook said that "of course" Apple could have built a subscription music service rather than buying one, just like the company could have built all the technologies that it has acquired over the years. "You don’t build everything yourself. It’s not one thing that excites us here. It's the people. It’s the service."

In the Times, Cook promised new features for Beats that will "blow your mind" as well as "products you haven't thought of yet". He promised the team would "take music to an even higher level than it is now." 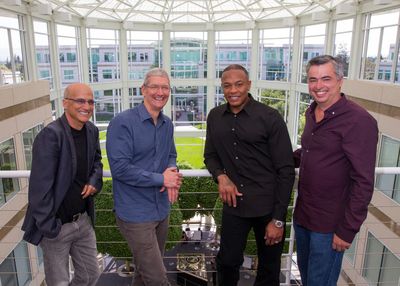 Jimmy Iovine, Tim Cook, Dr. Dre and Eddy Cue
In an interview with Re/code, Cook said that Apple felt Beats was the first subscription music service to "get it right:


We get a subscription music service that we believe is the first subscription service that really got it right. They had the insight early on to know how important human curation is. That technology by itself wasn’t enough — that it was the marriage of the two that would really be great, and produce a feeling in people that we want to produce.

But mostly, backing up — it’s because we always are future-focused. So it’s not what Apple and Beats are doing today. It’s what we believe pairing the two together can produce for the future.

Apple has seen rumors of a interest in a subscription music service for close to a decade, with Jobs saying in 2007 that customers "don't seem to be interested" in music subscriptions. The New York Post said in 2010 that Apple was negotiating with record labels on such a service, though nothing ever came of it.

Earlier this month, Spotify reported that it has 10 million paying subscribers to its music service, showing that many customers are now interested in such a service.

The Wall Street Journal says Iovine will quit as chairman of Interscope records to work full time at Apple. Dr. Dre will continue to produce music but do "as much as it takes" for Apple. The two men's titles will reportedly be "Jimmy and Dre". In a letter to employees, Tim Cook confirmed that the entire Beats team will be joining Apple under Eddy Cue and noted the company's commitment to curated content.

Both Apple and Beats believe that a great music service requires a strong editorial and curation team, and we will continue to expand what we do in those areas. The addition of Beats will make our incredible iTunes lineup even better, extending the emotional connection our customers have with music.

Eddy Cue and Jimmy Iovine will appear tonight on stage at the Code Conference.

The acquisition will include $2.6 billion in cash and another $400 million that will vest over time. Apple expects the transaction to close sometime next quarter. The Beats Music iOS app has been updated with an extended 14-day trial period and a price drop to its yearly subscription to $100 from $120.

Beats Music is a free download for the iPhone and iPad. [Direct Link]

JackieTreehorn
Dre made the best deal of his life, Apple one of their worst.
Score: 84 Votes (Like | Disagree)

AngerDanger
I think I'd be more excited about them acquiring fresh beets from Schrute Farms.

mdridwan47
I'm just gonna leave it here and slowly back away.. 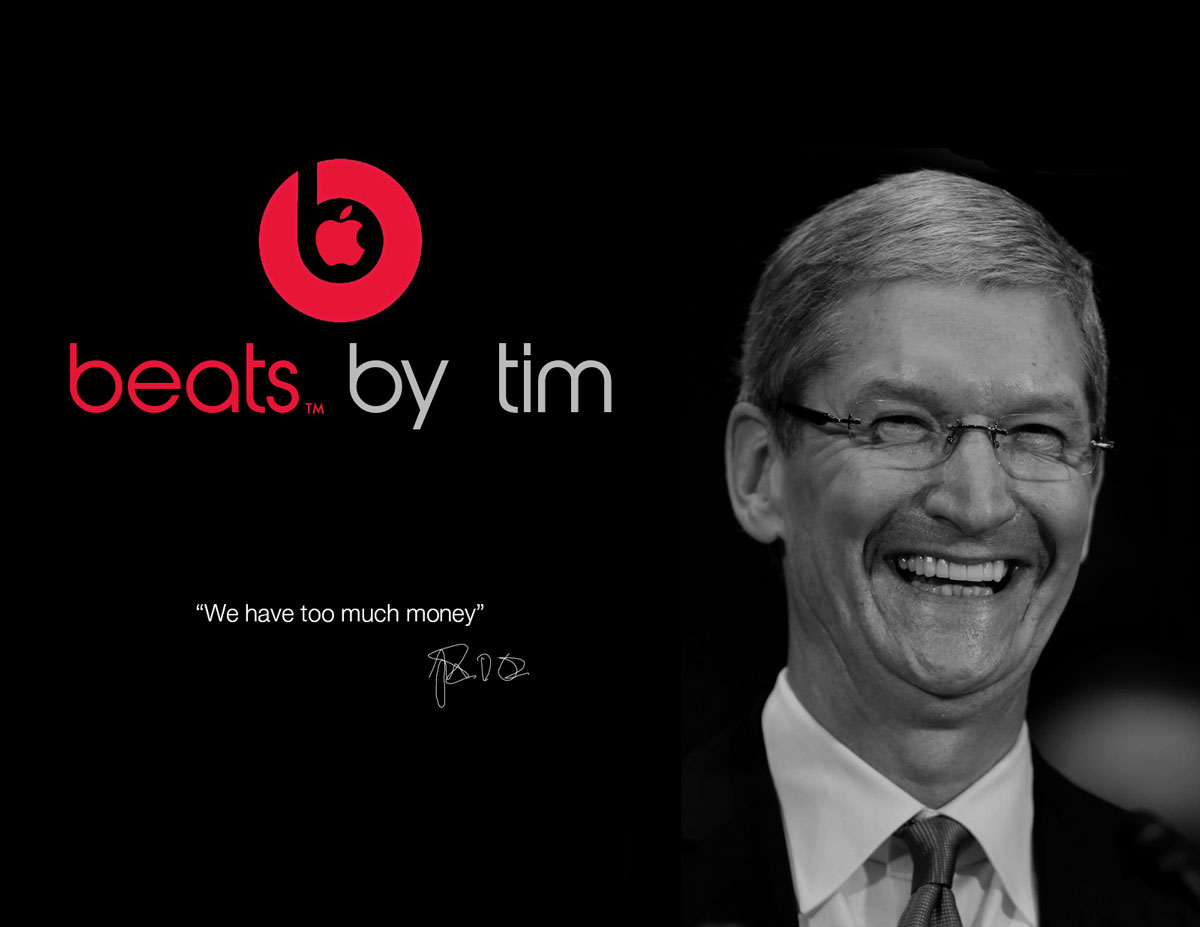