Last week, rumors from several sources suggested Apple Music executive Jimmy Iovine was planning to leave Apple in August following the final vesting of his stock, but Iovine yesterday told Variety that he isn't going to leave the company.

Iovine made the comments at the Grammy Museum during a Q&A session held to promote "The Defiant Ones," a documentary about his career and friendship with Dr. Dre. According to Iovine, he is committed to helping iTunes chief Eddy Cue and Apple CEO Tim Cook continue to grow Apple Music and take it "all the way." 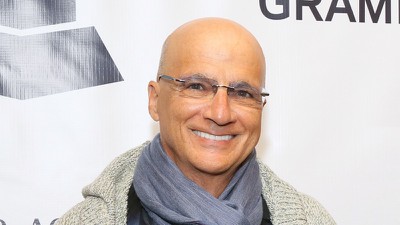 "I am almost 65, have been with Apple for four years and in 2 1/2 years the [Apple Music] service has gotten to well over 30 million subscribers and Beats has continued its successful run. But there's still a lot more we'd like to do. I am committed to doing whatever Eddy [Cue], Tim [Cook] and Apple need me to do, to help wherever and however I can, to take this all the way. I am in the band."

While Iovine did confirm that the final portion of the stock he was granted when Apple acquired Beats will vest in August, he says the bulk of his stock "vested a long time ago." A tiny portion remains unvested, but it's "not what [he] thinks about."

"The bottom line is I'm loyal to the guys at Apple. I love Apple, and I really love musicians. That's why those articles annoyed me, because it had nothing to do with reality. It made it out to be all about money."

Iovine plans to continue to help the streaming music industry advance, and while he says he'll "eventually" need to slow down, that's not happening soon. His goal is to get streaming music right.

According to Iovine the streaming music industry needs to become "more interesting" to be successful, following in the footsteps of companies like Netflix with original content. Apple has been focusing heavily on original content with exclusive music-related documentaries and television shows like "Planet of the Apps" and "Carpool Karaoke: The Series," which have debuted on Apple Music, and it is delving into serious original content programming with several new TV shows on order.

Iovine first joined the Apple Music team in 2014 when Apple acquired Beats Electronics and the Beats Music streaming service, both of which were co-founded by Iovine and Dr. Dre. Iovine has a much longer history with the company, though, first pitching a subscription music service to Steve Jobs in 2003.

Though Iovine has no official title at Apple, he has been heavily involved in Apple Music since its 2015 launch and has negotiated many of the streaming deals for the service alongside Eddy Cue, Dr. Dre, Robert Kondrk, Trent Reznor, and other Apple Music execs.

Schwyz
Man, this guy's name is always linked with bad news -- with one exception: the rumor he was leaving Apple.
Score: 22 Votes (Like | Disagree)

He may not fit the "apple fanboy" image, but hes been in the music industry for a very long time and has a very large area of influence. He may not be able to speak well in public but dont discredit his successes because of that.

Yeah, I don't understand what everyone's problem is with him. No, he doesn't fit the typical tech nerd mold of Apple's executive team. But frankly, neither does Angela. These are new executives meant to help push the company in new and sometimes uncomfortable places. That's how you grow.

Jimmy, specifically, is exactly what you said, a music mogul. Yes, money and tech notoriety certainly help in negotiations. But having worked for someone who was/is another music mogul, and friends with Iovine, it is VERY much still an industry about relationships. All the these decision makers have more money than they know what to do with. So, sitting across the negotiation table from an old friend, who you remember from back in the days when you were both hustling to "make it," still matters a lot in this industry.

I don't think people are realizing that.
Score: 18 Votes (Like | Disagree)

It is fine with me. Tim is the one that really has to go.

Why? TC has done a solid job as CEO. Apple's revenue stream is more stable under his leadership, and he's also diversified Apple's income portfolio (e.g., revenue from services continues to grow).
Score: 18 Votes (Like | Disagree)

TComm
It is fine with me. Tim is the one that really has to go.
Score: 13 Votes (Like | Disagree)

Yeah, I don't understand what everyone's problem is with him. No, he doesn't fit the typical tech nerd mold of Apple's executive team. But frankly, neither does Angela. These are new executives meant to help push the company in new and sometimes uncomfortable places. That's how you grow.

Jimmy, specifically, is exactly what you said, a music mogul. Yes, money and tech notoriety certainly help in negotiations. But having worked for someone who was/is another music mogul, and friends with Iovine, it is VERY much still an industry about relationships. All the these decision makers have more money than they know what to do with. So, sitting across the negotiation table from an old friend, who you remember from back in the days when you were both hustling to "make it," still matters a lot in this industry.

I don't think people are realizing that.

To me, it would seem pretty ridiculous to want him to leave when I've never met or worked with the guy.

I think Apple knows a lot better than the armchair CEOs here on Macrumors about his value to the company.
Score: 12 Votes (Like | Disagree)

CrazyForApple
I wonder if this guy actually does anything.
Score: 11 Votes (Like | Disagree)
Read All Comments

Monday June 1, 2020 7:50 am PDT by Joe Rossignol
If you are still hanging on to a Mid 2012 model of the 15-inch MacBook Pro with a Retina display, and require a new battery or other repairs, be sure to book an appointment with a service provider as soon as possible. In an internal memo today, obtained by MacRumors, Apple has indicated that this particular MacBook Pro model will be marked as "obsolete" worldwide on June 30, 2020, just over...
Read Full Article • 162 comments