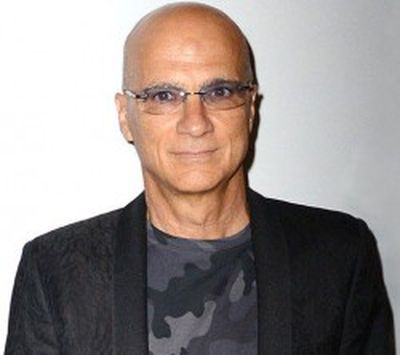 The rumor about Iovine's alleged departure from Apple first surfaced on music rumor site Hits Daily Double, but Billboard says its sources have confirmed the news. According to Billboard, Iovine's exit will be timed with the vesting of stock he acquired when first joining Apple.

Iovine joined the Apple Music team back in 2014, when Apple acquired Beats Electronics and the Beats Music streaming service, both of which were co-founded by Iovine and Dr. Dre. Iovine has had a long history with the company, though, first pitching a subscription music service to Steve Jobs in 2003.

Iovine does not have an official title at Apple, but he has been heavily involved in with Apple Music since its 2015 launch and has negotiated many of the streaming deals for the service.

Under Iovine's leadership, Apple music has seen strong growth since its debut, with the service now boasting more than 30 million subscribers.

Should Iovine leave Apple, it's not clear if he would be replaced, nor what his plans are after departing the company.

Bloomberg has confirmed that Jimmy Iovine is planning to leave Apple after he receives the final payout from the Beats Electronics acquisition.

Iovine is unlikely to stay on with the company even if he receives a new offer as his vision has "sometimes clashed" with the views of other executives at the company, including Eddy Cue.

Goodbye Iovine, you will not be missed.
It took 2+ years but it's a good thing Apple realized their mistake and fired him.

Eddy Cue should join him..
Score: 77 Votes (Like | Disagree)

Great! He was not a good fit or a good look.

Are you talking about Tim?
Score: 43 Votes (Like | Disagree)

ProsePrevails
Good riddance. Apple Music is a mess and needs a complete restructuring. Dr. Dre - hopefully you’re next, along with Eddy Cue.
Score: 42 Votes (Like | Disagree)

chucker23n1
I don’t understand the hate. His résumé is quite astounding.
Score: 41 Votes (Like | Disagree)

DamoTheBrave
Great! He was not a good fit or a good look.
Score: 40 Votes (Like | Disagree)

GubbyMan
Goodbye Iovine, you will not be missed.
It took 2+ years but it's a good thing Apple realized their mistake and fired him.
Score: 28 Votes (Like | Disagree)
Read All Comments