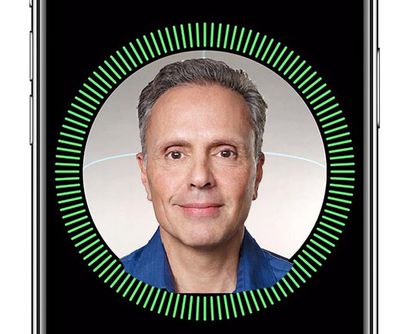 For context, Srouji leads the team responsible for custom silicon and hardware technologies like batteries, storage controllers, and application processors, including the new A11 Bionic chip in the iPhone 8, iPhone 8 Plus, and iPhone X.

Apple's control over both hardware and software allows Srouji's team to have a three-year roadmap for iPhone and iPad processors:

"Silicon is unforgiving," Mr. Srouji said. "My team is already working on the chips you're going to see in 2020. You make bets. We have the system and the software. We have better knowledge versus external chipmakers about where things are going to end up. Since we own the silicon, we own the software, the operating system and everything else, we deliver, always. We deliver for the exact specification of iOS and nothing else. We don't have to worry about other operating systems."

Srouji complimented Israel, where he was born and raised, for its significant technological contributions to Apple products. He said Apple now employs over 900 engineers in Israel, up from a reported 700 or so in 2015.

A few years ago, Apple opened research and development offices in Haifa, north of Tel Aviv, with the facilities serving as the iPhone maker's second-largest R&D operations outside of the United States at the time.

There, a team of engineers are focused on chip design, testing, and engineering, according to Apple's job listings over the years.

"The team in Israel is a key part of the overall engineering team in the U.S. and other areas of the world – wherever we have our R&D," he said. "The things they do are key to any device we ship, to all devices."

As examples, he mentioned the A11 Bionic system on the chip powering the new iPhone X, the integrated Wi-Fi Bluetooth chipset in and the Apple Watch, and the storage component in every Apple device.

"We depend on the team as part of the overall R&D team in the U.S. and other parts of the world to deliver," Mr. Srouji said. “And if they don't—bad things happen, alright?"

Apple has also acquired several Israeli companies over the years, including PrimeSense, which developed the original Kinect sensor for Xbox. PrimeSense's 3D sensing tech is believed to be at the core of Face ID on the iPhone X.

Srouji added that Face ID is the fastest and most secure facial recognition system in the industry. He also said 3D masks shouldn't be able to spoof Face ID, although a questionable video may have proved otherwise just days later.

"When Apple delivers Face ID, we deliver it in the fastest, smartest, and most secure way," he said.

"If I want to spoof and create some 3D model mask of your face—it shouldn't work. When Apple does it you know it's going to be the most secure, reliable and fastest, and if it doesn't work there is a reason. The other thing about Face ID is that actually, we learn. We learn to adapt—if you grow a beard, if you have sunglasses, if you have eyeglasses, a hat—it works."

False. Windows Hello passes evil twin test and is more resilient against masks unlike Fake ID. That's no surprise, though, since Fake ID is using 2010 Kinect technology that Microsoft dumped for a better inhouse solution.

This 'mask' thing has been debunked on so many levels now I laugh when people bring it up.
Score: 11 Votes (Like | Disagree)

False. Windows Hello passes evil twin test and is more resilient against masks unlike Fake ID. That's no surprise, though, since Fake ID is using 2010 Kinect technology that Microsoft dumped for a better inhouse solution.

Not much better or worse than your video, though in this one we actually see them train the device. We have no idea who or what trained FaceID in that mask video, nor do we see the unlock icon move. For all we know, it could be a screen recording.

I have the same questions Cnet does ('https://www.cnet.com/news/iphone-xs-face-id-supposedly-got-hacked-we-have-questions/'), with regards to the video you posted.

Can’t always trust what videos you see on the net.
Score: 10 Votes (Like | Disagree)

tipoo
One can't dispute the talent of his team. Other flagships are only just slimly beating the iPhone 7 in multicore, and are still about half of that in single core, while the 8/x bounded ahead again. Can't wait to see more future work from them.
Score: 8 Votes (Like | Disagree)

"The things we do in Israel are a significant part of every Apple device in the world," said Srouji. He went on to say "the team in Israel is part of this long-term vision of excellence and perfection, so we're here for the long term."

Chew on that, BDS folk. Willing to bet a large percentage of them are using Apple gear (and the rest must be using Intel or other Israel-designed tech).

Also, Sruji is Arab and a graduate of Technion Institute. So much for apartheid.
Score: 7 Votes (Like | Disagree)

Looks like Vietnamese Cybersecurity firm Bkav could fool the FaceID with half face 3D printed mask with 2D images. It says, it will be a problem for popular and famous folks, but ordinary Joe need not worry(what's the use of cracking their iPhone X)!

These guys are scammers, looking for their 15 minutes of fame by claiming they fooled FaceID.
[doublepost=1510675117][/doublepost]

This 'mask' thing has been debunked on so many levels now I laugh when people bring it up.

This x1,000. Ars Technica has a great article about these guys. They tried to get more information about how it was done and asked a lot of questions. The answers they gave (and the questions they avoided) removes any doubt these guys are scammers.
Score: 7 Votes (Like | Disagree)

odedia
So cool. This man is an Israeli pride!

You can also watch a video interview with him here (most of the interview itself is actually in English). It includes a tour of Apple offices in Israel: