The Times of Israel reported on Sunday that the Tel Aviv-based company, founded in 2014, was snapped up by Apple for an estimated $2 million, while Hebrew-language Calcalist said the deal was worth "several million dollars". 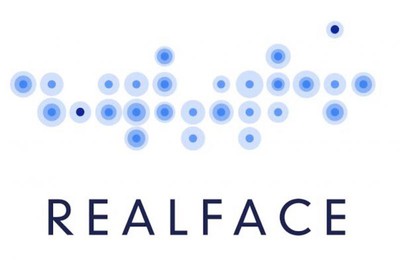 RealFace's website is currently offline, but according to promotional material, the startup had developed a unique facial recognition technology that integrates artificial intelligence and "brings back human perception to digital processes". RealFace's software is said to use proprietary IP in the field of "frictionless face recognition" that allows for rapid learning from facial features.

Demo of RealFace's face recognition software
According to iPhone 8 rumors, Apple may ditch Touch ID along with the physical home button, in favor of a facial recognition-capable front-facing 3D laser scanner, although with the RealFace acquisition coming at such a late time, it's unlikely that the any of the startup's technology will feature.

RealFace is the fourth Israel-based firm Apple is known to have acquired. In 2011 it bought flash memory maker Anobit for a reported $400 million, then in November 2013 it acquired 3D sensor company PrimeSense for an estimated $345 million. Most recently in 2015, Apple bought LinX for around $20 million.

Tycho24
Dear MR,
While I enjoy these articles.... PLEASE stop mentioning the incredibly unlikely scenario of loss of TouchID.

Edit:
When TouchID came out; nobody was saying: "and Apple is removing the ability to use a passcode; you'll be forced to use this feature, whether it's buggy or not"- so I'm unsure why this time around everyone has glommed into this RIDICULOUS rumor, so far only postulated by a single "analyst", based here in America, that has no insider info, or ties w/ the production factories. It really reads like his personal opinion based on nothing other than that.... it's his opinion.
Score: 29 Votes (Like | Disagree)

No touch id no buy.

It will definitely have Touch ID in some form. Nobody is going to be using facial recognition to authenticate in store Apple Pay purchases.
Score: 16 Votes (Like | Disagree)

No touch id no buy.

No way they ditch touch ID. If facial recognition is involved in the next phone it will be as an added feature, not a replacement.
Score: 14 Votes (Like | Disagree)

adepew
Touch ID is so convenient. It has made iPhones infinitely more productive vs passcodes. Also, how well does this work under differing conditions? Low light? What if I have a beard and then I shave my face or vice versa? How fast would it work as Touch ID is lightning quick. I also prefer a physical button or at least the imprint for one (which unfortunately looks like it is going away). It's going to take some real convincing for me to say Touch ID is ready for pasture. Hopefully this is in addition to Touch ID and not in place of Touch ID. I guess time will tell.
Score: 7 Votes (Like | Disagree)

jmgregory1
I'm not sure how Apple could ditch Touch ID, given Apple Pay's reliance on it. I would think it could be very problematic to not only hold your iPhone next a store's payment terminal, but then make sure it's held at an angle that allows the camera to scan your face, if that is how they would make Touch ID work.
Score: 5 Votes (Like | Disagree)
Read All Comments

Friday July 30, 2021 9:04 am PDT by Sami Fathi
Tesla CEO Elon Musk reportedly once demanded that he be made Apple CEO in a brief discussion of a potential acquisition with Apple's current CEO, Tim Cook. The claim comes in a new book titled "Power Play: Tesla, Elon Musk and the Bet of the Century," as reviewed by The Los Angeles Times. According to the book, during a 2016 phone call between Musk and Cook that touched on the possibility of ...
Read Full Article • 263 comments