Apple customers in Australia and New Zealand are always the first to get their hands on new devices on launch day because of time zone differences, and the iPhone X is no exception.

It's nearly 9:00 a.m. in New Zealand, and customers who pre-ordered an iPhone X are beginning to receive their shipments and have started sharing the first customer photos of the new device on Twitter, Instagram, reddit, and the MacRumors forums. 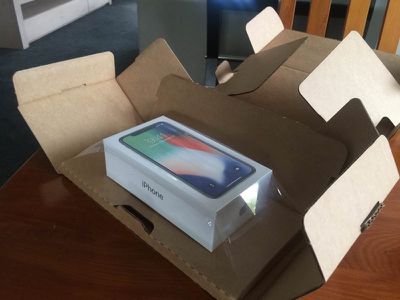 Image via reddit user ekalb22
There are no Apple Stores in New Zealand, so customers in Australia will be the first to be able to purchase devices from an Apple retail location. Available stock in Australia should give us an idea of what we can expect as it rolls around to November 3 across the globe.

Apple has promised that its retail locations have stock available for walk-in customers, but supplies are believed to be limited. In countries where the iPhone X launch is approaching, lines are growing longer and longer. In the United States, customers hoping for a device should try to get to Apple Stores early.

Along with Apple Stores, other retailers are offering the iPhone X for purchase, but supplies may be even tighter at these locations. For U.S. customers, we've heard rumors suggesting some retailers like Target and AT&T may not have any iPhone X stock at some locations.

Make sure to stay tuned to MacRumors both tomorrow and throughout next week, because we'll have plenty of iPhone X coverage to share.

castorbroome3
This week felt like it took forever! Its going to be an even longer night....
Score: 13 Votes (Like | Disagree)

stukdog
They also get to do pre-orders at a sane 8PM. New Zealanders have all the luck...

Just what I needed to see, more boxes of the X :rolleyes:;)

Where are the reviews? Embargo lifts the day before actual sale date right?

Wait... where aren't they?? https://www.reddit.com/r/apple/comments/79uxvl/mega_iphone_x_reviews/
Score: 8 Votes (Like | Disagree)

iPhone_X
This is the most excited I've been for a new iPhone since the first one. I'm super jealous of the people getting it already, but at the same time I'm excited that my ship date moved all the way from Black Friday to next Monday, lol.
Score: 6 Votes (Like | Disagree)

MadeMyDay
Such a beautiful corrugated box :)
Score: 5 Votes (Like | Disagree)