Apple's senior vice president of retail stores, Angela Ahrendts, has climbed to grab the 13th spot on Fortune's "Most Powerful Women" list for 2017. In 2015 Ahrendts took the 16th spot, and in 2016 she rose to the 14th spot. 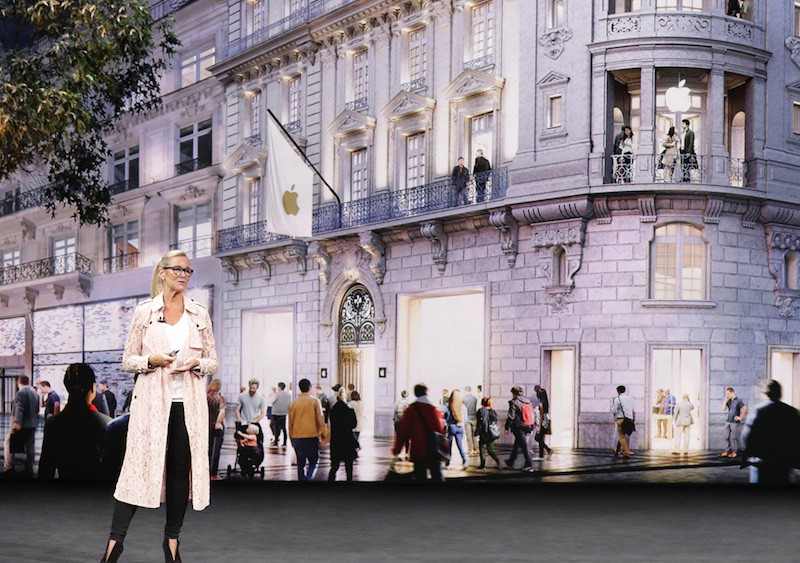 Since being persuaded by Tim Cook to join Apple in 2014 (she previously led British fashion brand Burberry), Ahrendts has been heads down on the tech behemoth’s largest store redesign in 15 years. In May the company launched its long-awaited “Today at Apple” initiative, which seeks to supplement public education through free courses on everything from coding to music production to photography. Apple’s highest-ranking woman, she oversees 60,000 retail employees and is responsible for the in-store experiences of a more than a million daily customers. Research firm eMarketer estimates that the combined revenue from in-store and online sales is nearly $50 billion. Ahrendts was the second executive after Cook—and the only woman—to take the stage at September’s keynote, where she spoke at length about Apple’s “town squares”—the new moniker for its retail stores.

Ahrendts joined Apple from Burberry in the spring of 2014, when she said she'd bring a personal touch to Apple's retail management. Three years later she has spearheaded the launch of Apple's next-generation retail store design and "Today at Apple" classes worldwide.

For more information on Fortune's ranking, the site has published a few articles today: explaining the list's continued importance, highlighting the newcomers, and pointing out those who have dropped off the list this year.

I don't think she was a good hire , she brought a different way of thinking to apple, that they should charge more , and fashion was more important than tech innovation.
Score: 42 Votes (Like | Disagree)

jacobh101
she needs to improve at public speaking...I just don't feel the authenticity that other Apple execs bring during keynotes.
Score: 12 Votes (Like | Disagree)

she needs to improve at public speaking...I just don't feel the authenticity that other Apple execs bring during keynotes.

she is so fake - eyes hiding - not a good choice for apple
Score: 11 Votes (Like | Disagree)

Osamede
A meaningless list of self-serving blowhards who have done nothing for the consumer interest.

OzarkMtn
She came off very condescending, I don't buy into her "town square" crap. Retail brick and mortar stores should be all about displaying your products, when in a Apple store you have no clue as to what is for sale and what is someone's own personal equipment. I know that Apple generates a ton of revenue at their stores, I just am not comfortable in their type of environment.
Score: 10 Votes (Like | Disagree)

Brilliant ! You can all thank her for a £999 iPhone.... bargain compared to high end watch bands ;)

I don't think she was a good hire , she brought a different way of thinking to apple, that they should charge more , and fashion was more important than tech innovation.