This week in iOS gaming was dominated by a single thing: The unveiling of the "Sega Forever" program that Sega first started teasing around a month ago. The original announcement came with practically no details beyond Sega was doing something with its massive back catalog of games, which in turn caused speculation to run wild. Eventually the internet decided Sega Forever was going to be a Netflix-like service for classic Sega titles, which turned out to be totally incorrect.


Instead, Sega Forever is five mobile game ports, with more on the way. Each game is free to download, and can be played for free forever with ads. There's also a one-time $1.99 unlock inside each game to permanently disable ads. The initial batch of Sega Forever titles include:

Unfortunately, our first impressions of these were not great. The quality of the emulation is subpar, performance is bad (even on recent iOS devices), and the games lack any of the configurability options that have become standard in both emulators themselves as well as iOS games in a general sense. There are no options for screen filtering or screen stretching, and you can't even adjust the virtual controls, which is a particularly baffling omission as they often block vital on-screen components in these games. 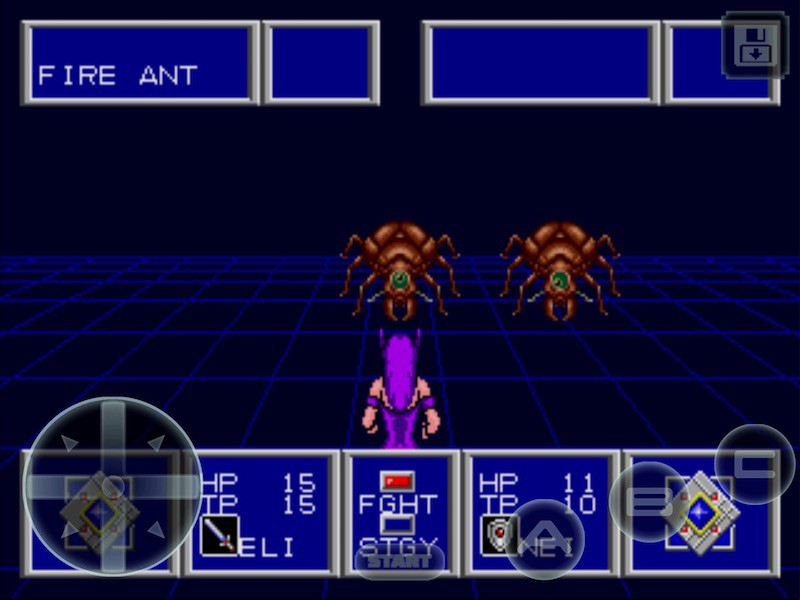 Our own Shaun Musgrave, who is basically the TouchArcade equivalent of Encyclopedia Brown, spent a ton of time playing these new ports, and discovered among other things that when Sega first released some of these games back in 2009, they performed better than these "new and improved" Sega Forever titles.

Needless to say, this has really left us scratching our heads. The one exception to these bad ports is Sonic the Hedgehog, which isn't emulated but instead was re-built from the ground up by Christian Whitehead back in 2013. Whitehead is also responsible for the amazing Sonic CD remake that has was released on the App Store a few years ago. Regardless, Sega has plans to constantly release new Sega Forever titles, so we'll have to wait and see if their emulation wrapper improves at all or if this is the new normal. If you want to hear even more about Sega Forever, check out this week's episode of our podcast.


In other news, Rocketcat Games released a new trailer for its upcoming Death Road to Canada update. The game itself leans on a lot of roguelike tropes with randomized encounters, surprise party members, and more. This latest update adds more structure to the progression of the game, shifting things slightly away from total randomization and instead allowing players to buy persistent perks and abilities. When it's released, the price of the game will rise from $8.99 to $9.99, so if you want to save a buck be sure to grab Death Road to Canada now.
With its next expansion, Hearthstone will see a massive change to how opening packs work: In a nutshell, if you open a Legendary card in a pack, it will be a unique card and not one you already own. Similarly, you will never open more copies of a card in any single pack than you can use in a deck – so the days of opening a pack with the same four commons and one junk rare are over. It's a huge quality of life improvement, and the player reception to the change has been incredibly positive.
When we cover upcoming game trailers, typically there's just one new game being teased. Developer and publisher Umbrella released a trailer of its entire summer lineup. Fifteen games in one video. It's a lot to take in, but if you enjoy quick pick up and play iOS games that mass market mobile gamers seem to love, these are definitely all going to be titles that are worth having on your radar in one way or another.
Last but not least, while last week's news was all about Supercell's latest soft launched game Brawl Stars, there's one important thing to note: Currently the game is only available for iOS. It will eventually come to Android, but Supercell has not yet released a date for the Android version of the game.

Unfortunately, the number of scams floating around in the Android world right now trying to either trick people into jumping through all sorts of hoops (often making the scammer money) or to just download malware APKs is off the charts. As of this writing, all Android Brawl Stars guides, download links, and whatever else are scams. When the game finally launches on Android, it will be a big deal. You won't miss it.

Anyway, that's it for this week. If you enjoy reading this weekly roundup, be sure to visit TouchArcade where we post things like this, as well as way more news, reviews, previews, and everything else covering the world of iOS (and, like this article, a tiny bit of Android) gaming.

I was betrayed by SEGA.
I bought Sonic the Hedgehog when it came out a few years ago for full price, and now they made the game free and added ads.
Worst of all, those who purchased the game originally also get ads, so it appears that you have to buy the in-app purchase to remove ads.
Incredibly disappointed.

You want me to send you two dollars?
Score: 6 Votes (Like | Disagree)

You want me to send you two dollars?

I was betrayed by SEGA.

I bought Sonic the Hedgehog when it came out a few years ago for full price, and now they made the game free and added ads.

Worst of all, those who purchased the game originally also get ads, so it appears that you have to buy the in-app purchase to remove ads.

That game was released In 2009. How much did you pay that it still smarts 8 years later?
Score: 2 Votes (Like | Disagree)

That's not the point.

Get over it man - you make yourself look foolish
Score: 2 Votes (Like | Disagree)

I was betrayed by SEGA.

I bought Sonic the Hedgehog when it came out a few years ago for full price, and now they made the game free and added ads.

Worst of all, those who purchased the game originally also get ads, so it appears that you have to buy the in-app purchase to remove ads.

I too bought it before it had in-app purchases, and when I started it up I tried to “restore purchases” and it worked - no ads or anything now. You might give that shot.
Score: 1 Votes (Like | Disagree)

miknos
Rise from your grave!