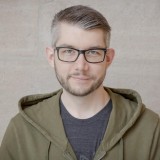 Eli Hodapp is the wizard behind the curtain of TouchArcade, the #1 iOS games site on the Internet. He's been drinking from the fire hose of mobile game releases since before the App Store even went online, and now spends his days playing as many iOS games as humanly possible while managing the similarly insane crew of TouchArcade writers.

From his throne atop TouchArcade Towers, Hodapp has a unique perspective on the App Store that has come from years of watching what resonates within the TouchArcade community as well as the wider App Store marketplace as a whole. He's played a part in covering every iOS gaming trend that has come and gone, and can't wait to be on the front lines of whatever the next incredibly-popular thing will be. Eli spends his spare time asking rhetorical questions to his dachshund Steve, and apparently loves debating his life decisions as he stands in line for hours at limited craft beer releases in the Chicago area. 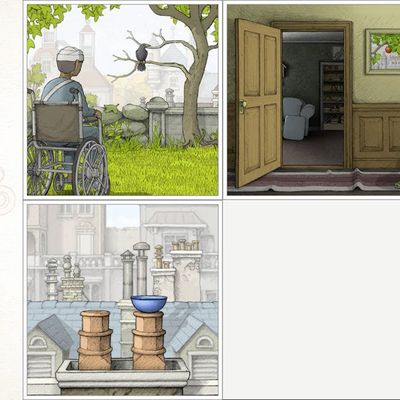 Friday December 15, 2017 2:42 pm PST by Eli Hodapp
December historically has been the busiest month for iOS game releases, and so far this year has not disappointed. We're absolutely drowning in unbelievable ports, great game releases, and even more amazing titles scheduled to launch next week. The only problem is how truly spoiled iOS gamers are when it comes to choice -- If you're at all into mobile gaming, you probably have a massive backlog...
Read Full Article • 2 comments 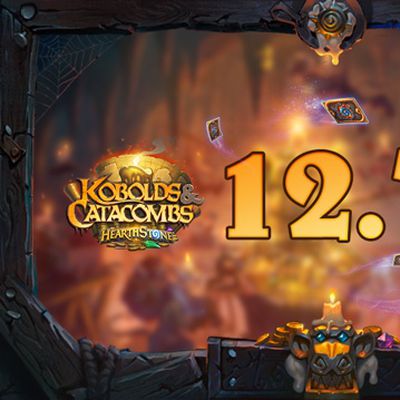 Friday December 1, 2017 6:40 pm PST by Eli Hodapp
As we barrel towards the climax of the holiday season, the pace of things happening in the iOS gaming world becomes increasingly difficult to keep up with. Getting good positioning on the App Store over the holiday iTunes Connect freeze has resulted in unbelievable rewards for developers, so it seems like everyone and their brother targets these few weeks between Thanksgiving and Christmas to...
Read Full Article • 1 comments

Friday November 17, 2017 2:05 pm PST by Eli Hodapp
Apologies for missing last week's iOS gaming roundup, but I've got a good reason: I was in Jordan judging Middle Eastern and North African mobile games for the International Mobile Gaming Awards (IMGA). It's an organization that for fourteen years now has been hosting international competitions looking for the best mobile games. I've been involved for several years now, and it's awesome...
Read Full Article • 6 comments

Friday November 3, 2017 5:13 pm PDT by Eli Hodapp
The iPhone X launched today and the jury is still out in regard to what the device means for iOS gamers. It stands to reason that the new swipe gesture that replaces the home button is inevitably going to get in the way of some games which require either frantic or elaborate full-screen swipes, but in our experiences the few games that have been updated so far haven't had much of an issue...
Read Full Article • 31 comments

Friday October 27, 2017 3:57 pm PDT by Eli Hodapp
This week seems like it was totally dominated by all things Animal Crossing Pocket Camp. The story of this game first kicked off over a year ago when Nintendo teased both Animal Crossing and Fire Emblem. They were originally slated for a fall 2016 release, and, well, we have since seen how that turned out. In late January, Nintendo announced that Animal Crossing had been delayed until its...
Read Full Article • 1 comments

Friday October 20, 2017 4:49 pm PDT by Eli Hodapp
Like most (all?) weeks in the world of iOS gaming, there's no shortage of things happening and games being released. I spent last weekend at the Hearthstone Summer Championship and wrote about the experience. It's downright incredible to see how huge esports are getting, particularly when Blizzard invites you to hang out in their real-deal esports arena they just built inside of the studio that...
Read Full Article • 1 comments

Friday October 13, 2017 1:57 pm PDT by Eli Hodapp
As I mentioned on last week's roundup, I spent the previous weekend at EVE Vegas, which is one of the many fan events that CCP puts on throughout the world for EVE Online players. It turns out that what they revealed is a game with the working title of Project Aurora. EVE Online is a MMORPG where players fly around virtual spaceships, wage war against other corporations (EVE's equivalent of...
Read Full Article • 2 comments

Friday October 6, 2017 3:58 pm PDT by Eli Hodapp
I'm writing this from EVE Vegas, and while they haven't announced anything just yet, it does seem odd that the guys behind EVE Online would want someone from an iPhone games site to be in the audience, eh? Anyway, on with some of the bigger stories from this week in the world of iOS gaming. This week was welcomed by two absolutely legendary 32-bit games getting updated to support iOS 11. Thom...
Read Full Article • 1 comments

Friday September 29, 2017 12:44 pm PDT by Eli Hodapp
It's been another busy week in the world of iOS gaming, so let's hop right into it: As usual, we've had our eyes closely on the "Updates" page of the App Store looking for 32-bit favorites to reemerge as 64-bit titles. The Mikey Shorts Trilogy, the majority of the Radiangames library, and Dragon Fantasy all finally made their way to 64-bit. Any of these games are effortless recommendations,...
Read Full Article • 4 comments

Friday September 22, 2017 1:12 pm PDT by Eli Hodapp
Last year when the iPhone 7 came out, we posted this article detailing some of the most graphically impressive games on the App Store to stretch the legs of the increasingly powerful GPUs inside of these devices. With today's launch of the iPhone 8, we've assembled another article that has been updated with some new games that will be great for pushing the limits of the iPhone 8. Oddly enough, ...
Read Full Article • 5 comments

Friday September 15, 2017 7:48 pm PDT by Eli Hodapp
While most of the Apple community spent this week glued to any news about the keynote and the since revealed new iPhones, as usual, the world of iOS gaming was packed to the gills with all sorts of new and upcoming games. Of course we're super excited for all the augmented reality games that were demonstrated, as well as Sky, but there's way more noteworthy gaming happenings than those few...
Read Full Article • 11 comments

Friday September 8, 2017 1:02 pm PDT by Eli Hodapp
This week over on TouchArcade has been all about playing catch up after attending PAX West in Seattle. If you've never been to a PAX event, and are at all into any aspect of gamer culture, I promise you'll have a very good time there. Whether you're into card games, board games, video games, or any other form of gaming you'll find something there for you. It's really sort of incredible just how...
Read Full Article • 5 comments

Friday September 1, 2017 4:00 pm PDT by Eli Hodapp
We are at PAX West this weekend, scoping out the coolest mobile games in Seattle for coverage on TouchArcade. If you're also here and want to show us your game, be sure to hit up either @hodapp or @jaredta and we'll make sure that we make it happen. For everyone else, like any other week in the calendar year, this one has been packed with all sorts of interesting things happening in the world of...
Read Full Article • 2 comments

Friday August 25, 2017 1:35 pm PDT by Eli Hodapp
This week was a massive week for iOS gaming news, so much so that there's not even time for witty intros. Jumping right in, Ridiculous Fishing was updated to 64-bit. This was a 32-bit title we were watching very closely as we gave it our Game of the Year award in 2013, and Ridiculous Fishing has won basically every other award an iOS game can win outside of that. The update adds haptic feedback,...
Read Full Article • 10 comments

Friday August 18, 2017 1:40 pm PDT by Eli Hodapp
We're only a few days away from a major solar eclipse in the USA, and I suspect tons of people will be spending quite a bit of time this weekend either driving to the path of the eclipse on the 21st or waiting for it to actually happen on the day. Few things go better with sitting in a car (provided you're not the one driving) or waiting in general than iOS gaming, so if you're looking for...
Read Full Article • 0 comments

Friday August 11, 2017 1:10 pm PDT by Eli Hodapp
Kicking off this week in iOS gaming was an appearance I made on the Australian games podcast, GameHugs. It's an industry-centric podcast that explores the backstory of web sites and studios in the world of video games (and often mobile games). On the most recent episode, I get into what goes on behind the scenes running a site like TouchArcade, as well as the odd chain of events that led me to...
Read Full Article • 9 comments

Friday August 4, 2017 2:03 pm PDT by Eli Hodapp
Awesome things have been happening over at TouchArcade this week, as we picked up not one but four additional writers. This has significantly increased our game review output, making our top reviews page really worth having bookmarked to keep up on all of the best iOS games that have come out recently. We've awarded top marks to Layton's Mystery Journey, Linelight, Miracle Merchant, and The Elder ...
Read Full Article • 19 comments

Friday July 28, 2017 12:56 pm PDT by Eli Hodapp
Without question, the biggest thing that happened in iOS gaming this week was the disastrous Pokemon Go Fest that took place in Chicago last Saturday the 22nd. The event was hyped to unbelievable levels in the Pokemon Go community, particularly as exclusive in-game rewards for attending were teased. This led to people from quite literally all over the world flying into Chicago to participate in...
Read Full Article • 15 comments

Friday July 21, 2017 1:20 pm PDT by Eli Hodapp
This week I'm finally allowed to talk about what should be some pretty massive news for iOS gamers who are also old-school MMORPG players: RuneScape for mobile was announced, and it's coming in late 2017 / early 2018 for Android and iOS. If the name RuneScape doesn't ring a bell, it's a browser-based MMORPG that was first released back in 2001. Like EverQuest and Ultima Online, players who were...
Read Full Article • 8 comments

Friday July 14, 2017 3:16 pm PDT by Eli Hodapp
Things are never boring in the world of iOS gaming, and that's true once again this week. The majority of my time over at TouchArcade this week has been negotiating and scheduling all sorts of upcoming news under embargo that I wish I could talk about as I hate sitting on really awesome stories. But, in the interest of keeping everyone happy, I'd just keep your eyes glued to these roundups over...
Read Full Article • 3 comments
Newer Posts
Archives
Older Posts