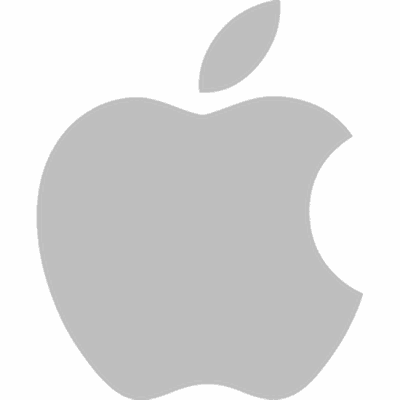 Apple last night released its latest transparency report [PDF] outlining government data requests from July 1 to December 31, 2016. According to the data, which features several new request categories, Apple is making an effort to be as clear as possible about the types of information governments around the world have asked for. Apple's report is the most detailed report the company has produced yet.

Worldwide, Apple received 30,184 device requests, covering 151,105 devices. Apple provided data for 21,737 device requests, which equates to a 72 percent response rate. In the U.S. specifically, Apple responded to 3,335 requests out of 4,268 (78 percent). According to Apple, device-based requests cover fraud investigations as well as customers who have asked law enforcement to help locate lost or stolen devices.

Apple received 2,392 financial identifier requests worldwide, covering 21,249 devices. Apple provided information for 1,821 of the requests, which are related to cases where law enforcement officials are working on behalf of customers who have asked for help with fraudulent credit card activity.

When it comes to worldwide government account requests, Apple received 2,231, rejecting 175 of those, and providing no data for 471. Non-content data was provided for 1,350 requests, and content was offered up in 410 cases. A total of 8,880 accounts were affected.

In the United States, Apple says it received between 5750 and 5999 National Security Requests under FISA and National Security Letters, which affected 4750 to 4999 accounts. Apple is not allowed to provide specific numbers, but offers up the narrowest range permissible by law.

U.S. National Security requests increased significantly in the second half of 2016 compared to the first half of the year. In its first 2016 transparency report, Apple said it received 2750 to 2999 National Security orders affecting 2000 to 2249 accounts.

Apple's data is broken down into multiple additional categories, covering government requests for emergencies such as missing children, account deletion/restriction requests, and account preservation requests, all of which can be viewed directly in the report. The company also provides more information on government account requests by legal process type, including search warrant, wiretap orders, subpoenas, pen register/trap and trace orders, and other types of court orders.

Leave me and my data alone!

National Security Letters did not exist before 9/11. They were authorized by the Patriot Act shortly after 9/11.

And the patriot act was one of the worst invasions of privacy in recent decades and has provided no real benefit.
Score: 13 Votes (Like | Disagree)

ThunderSkunk
We have a network of computers that can access the internet, and a seperate quarantined network of computers that are physically not connected to those machines or the internet whatsoever, for high-security projects and to ensure our cnc machines and other critical systems stay impervious to hacking or stuxnet-like malware run amok. The "internet of things" can go take a flying leap.

It seems to me this is what anyone concerned about their privacy would do as well. Keep your sensitive data on a strictly offline computer, and use essentially a dumb terminal to access the internet. Have no accounts, and obfuscate your digital identity with misinformation wherever possible to screw things up. It really wouldn't take much effort, just a decision to not put all your info on a platter and then complain when it's a smorgasbord and Uncle Sam or the Kremlin (same thing now?) come along and make a meal out of it.

. . . . .
I could care less if the government sees what I text my significant other, if it means potentially protecting the lives of people I care about (or people I've never met before).

I understand that right now, but history tells that what the government and what the people considers important, changes when the government is given unlimited power. Once they get the power they may decide for example, that you only get one child, or that in order to support diversity you can only marry someone from another race, or maybe that your race or political outlook becomes out of favor and the police are looking to arrest people with your beliefs.

In fact, is currently impossible for people to live normal lives without breaking some law someplace. Why is that? Now one might think it is for order in society, but in fact, when there are so many laws that people can be arrested anytime, the laws can be used anytime to control anyone. For example the government can and does take property every day without due course. What happens when they decide to take yours?

Total control is what the government wants and they consistently scare people into thinking it is necessary. Life without risk is impossible.

For example, if you were a conservative, then under Obama the IRS targeted you. Who knows, it may be that under Trump he will target liberals with the IRS. I'll bet I can tell what your political leaning is by monitoring your communications with your significant other. People in general need to wake up. This discussion is not about today, but is about what happens when one political party controls the administration, congress, the media, and the supreme court. And right now we are pretty darn close.

People don't realize because the media is controller by democrat dogma that when Obama threw out 100 years of law regarding bond holders in the GM take over. He also (well his GM czar) in Illinois closed all GM dealerships with Republican ties. I don't personally know about other states, but I'll bet it was nationwide. You really want to live under a government that is that powerful? That can decide that 100 years of law don't matter anymore? That can decide at any point that you don't have any rights. Well I don't and if we are forced to I don't want the government to be able to monitor me.

The worst threat to American people today is the American government!
Score: 5 Votes (Like | Disagree)

Why in the world does per capita matter one bit? Take the number of requests, divide by the US population of 321.4 million, move the decimal. .0015%. There's your answer. You're so much more informed now. :rolleyes:

Per capita doesn't tell us a thing. The point is simply that they're increasing a bit, though still not that many requests (although MacRumors as always tries hard to sensationalize everything in order to drive more web traffic and outrage).

Are you that condescending in real life or just when there's a keyboard involved? You say they're increasing "a bit," but what is a bit?


*Chart displays the lowest number of the request ranges


The chart might explain why MacRumors refers to it as a "spike." Maybe they aren't just sensationalizing.

FactVsOpinion
Leave me and my data alone!
Score: 3 Votes (Like | Disagree)
Read All Comments