Nokia this morning announced it will buy French health tracking company Withings for an estimated $192 million, as the company seeks to re-establish itself in the consumer electronics market.

Withings makes iOS-compatible smart connected home products as well as a range of health and fitness wearables such as the Go activity tracker and its stylish Activité smartwatch range. The company's products sync with its Health Mate iOS app, which lets users track their activity, weight, and food consumed, and interact with friends to reach fitness goals, among other features. 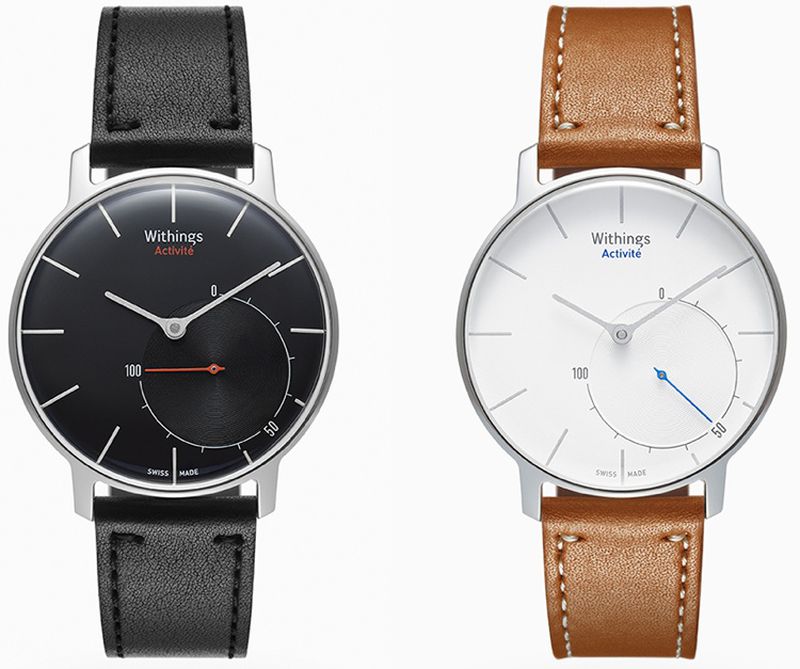 Nokia has focused on its network equipment business and commercial VR solutions since it sold its mobile division to Microsoft in 2013. The Finnish firm's most recent high-profile product announcement was its $60,000 Ozo VR capture camera aimed at the film industry, but the latest announcement marks a significant shift for the company as it looks to expand into consumer digital health and the Internet of Things sector.

President and CEO of Nokia Rajeev Suri commented on the acquisition in a press release announcing the move.

We have said consistently that digital health was an area of strategic interest to Nokia, and we are now taking concrete action to tap the opportunity in this large and important market. With this acquisition, Nokia is strengthening its position in the Internet of Things in a way that leverages the power of our trusted brand, fits with our company purpose of expanding the human possibilities of the connected world, and puts us at the heart of a very large addressable market where we can make a meaningful difference in peoples' lives.

The acquisition will see Withings' 200 employees integrated into Nokia Technologies when the deal goes through later in the year.

Mr. C.
I’m hoping for the best. I’ve so far liked the Withings ecosystem better than others by competitors.
Rating: 6 Votes

beanbaguk
This is crap news. I'm a massive Withings fan and I have so far loved their products.

I've got the scales, a couple of activités (one for me and one for the wife), the webcam and the blood pressure monitor. It's all excellent stuff.

Nokia will just add red-tape and bloat to the organisation and slow down innovation and progress. Not happy.
Rating: 6 Votes

I didn't realize Nokia was in a position to buy something that expensive.

Nokia has bought Alcatel-Lucent at the beginning of this year this was round about 17bn $ so this is just peanuts....
Rating: 5 Votes

I don't think Samsung is lacking the ability to track health. More like they acquired this company to make a fashionable watch. Because their watches are like Casio of smartwatch, as opposed to Apple they're marketing it as a luxurious and premium.

What are you on about? It's Nokia not bloody Samsung! Oh and your user name is offensive.
Rating: 3 Votes

ipedro
I'm officially nervous. I really like Withings and own several of their health and home products and planned to build out my smart home with more of them.

Considering what happened to Nest after it was acquired, I'm concerned that Nokia will pick a side and close out some of their customers.

That said, Nokia is an innovative company and not necessarily tied to an operating system overlord. Maybe this will be a good thing. I just hope they don't disrupt the good thing that Withings has going.
Rating: 3 Votes

Dr.Chroma
Nokia could be a contender down the road. They have watched all the big players and hopefully will learn from their mistakes. Nokia has been around for a long time. New market, let's see what happens.
Rating: 3 Votes

I'm looking forward to Nokia re-establishing themselves in a consumer market.
Rating: 2 Votes

I own most of the Whitings products and they're such a great small company. Nokia has managed to ruin everything they touch so far. Please don't ruin this one :(
Rating: 1 Votes

jonnysods
Way to beat everyone to the wearable punch.

Having said that I love Nokia. Used their phone all the time back in the day pre-iPhone.
Rating: 1 Votes

Nokia could be a contender down the road. They have watched all the big players and hopefully will learn from their mistakes. Nokia has been around for a long time. New market, let's see what happens.

I hope they are able to manage and scale Withings properly. I want to be optimistic.
Rating: 1 Votes
[ Read All Comments ]