Rumors surrounding this year's iPhone 7 have focused on its removal of the 3.5mm headphone jack, and its 2017 successor has even been the center of a few reports, but this week Barclays analyst Mark Moskowitz has speculated Apple will skip its traditional "S" upgrade cycle next year altogether. Citing industry sources, Moskowitz says the Cupertino company won't debut a spec-bumped, internally upgraded "iPhone 7s" in 2017, but a completely overhauled "iPhone 8" with "major design changes" and new, next-generation features like wireless charging.

The "mega cycle" upgrade could increase iPhone sales by 10.3 percent, according to the analyst, adding that in addition to wireless charging the iPhone 8 could pack an OLED display, a completely altered form factor, and no home button. Previous reports have suggested Apple is working with suppliers to begin manufacturing OLED panels in 2017 for its iPhone lineup, as well as develop an in-house single-chip solution to integrate its touchscreen and display drivers, allowing for a Touch ID-enabled screen and negating the need for a separate home button. 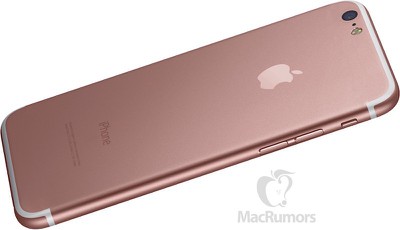 A mockup of the iPhone 7

Silver lining - there might be no "S" cycle in C2017. Our conversations with industry participants suggest Apple could skip the "S" cycle next year and instead jump to IP8. The jump could showcase major form factor changes, including OLED, no home button, and wireless charging. In our view, these potential changes could drive a mega cycle, underpinning our C2017 iPhone unit growth estimate of 10.3%, vs. 6.3% previously.

Moskowitz's speculation is in line with rumors that have appeared so far, suggesting the iPhone 7 won't have "any must-have form factor changes," and will include only a few internal tweaks and component upgrades paired with a flagship feature or two such as a dual-lens camera on some models. The company's historic cycle would traditionally see this year as a major iPhone upgrade following 2015's iPhone 6s and iPhone 6s Plus launch, but changes rumored so far have been modest.

As a result, the analyst believes Apple will sell 1.8 percent fewer iPhones this year than it did last year, given users' contentment with their current devices and the rumored modest updates in the iPhone 7. Other rumored updates to the iPhone 7 include redesigned antenna bands, the removal of the 3.5mm headphone jack, and possibly even a Smart Connector as seen on the iPad Pro.

The less-than-stellar sales for the 2016 iPhone could lead investors to fear for an iPhone market that is "nearing saturation," according to the analyst, but it would only set up 2017's uptick in sales for the redesigned iPhone 8. Some reports point to interesting new design overhauls for the 2017 iPhone as well -- including the switch from aluminum casing to glass -- but Moskowitz's previous predictions haven't been entirely reliable, so his forecasts for the iPhone 7 and iPhone 8 should be taken with a grain of salt.

Why did you have to go and do that? Do I really need to explain why "wireless charging" is anything but, and why its current implementation is an unimaginative gimmick for people who buy things based on bullet points?
Score: 33 Votes (Like | Disagree)

geoff5093
Since when is wireless charging "next generation"? Android phones have had it for half a decade.
Score: 22 Votes (Like | Disagree)

Couldn't care less about wireless charging, but come on, I own an iPhone 6s, but I've seen the Galaxy S7 Edge and that screen is miles ahead. Second, I find the design of the iPhone 6 en 6s a bit boring, they are just generic looking phones, nothing special.
Score: 13 Votes (Like | Disagree)

Not done right, I assure you.

Because it doesn't have the shiny Apple logo!? Riiiiight.
Score: 11 Votes (Like | Disagree)

Mad Mac Maniac
For the past 6 months I've already decided that I'd be skipping the iPhone 7 (been on the every other year cycle since the 3G), this only reinforces that decision
Score: 11 Votes (Like | Disagree)
Read All Comments

Thursday June 4, 2020 10:07 am PDT by Juli Clover
We still have a few months to go before Apple unveils the iPhone 12, but rumors about the iPhone 13, coming in fall 2021, are already circulating. Japanese site Mac Otakara today shared a rough 3D printed mockup of a 5.5-inch iPhone said to be coming in 2021, which is from "Alibaba sources." The model may be built on leaked specifications and rumors, but where the info comes from is unclear. ...
Read Full Article • 96 comments