Apple May Launch 5.8-Inch OLED iPhone With Curved Glass Casing and Screen in 2017 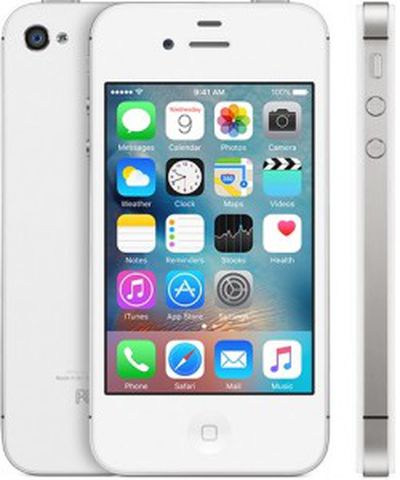 Apple is planning a major overhaul of the iPhone for 2017, including the adoption of an all-new curved glass casing paired with a curved 5.8-inch AMOLED display, according to KGI Securities analyst Ming-Chi Kuo. Seeking to move away from the metal casing designs that are no longer unique, Apple will reportedly take the glass-backed design used for the iPhone 4 and 4s "to the next level" in building the 2017 iPhone.

We expect the 2017 new iPhone model to adopt a structural design similar to that of iPhone 4/ 4s, meaning it will be equipped with glass on both the front and back sides, and a metal frame surrounded the edges. The difference is that the new model will likely come with a curved screen and curved glass casing, with other important features including a 5.8-inch AMOLED display, wireless charging, and more biometric recognitions (facial or iris). Given the curved design, the new model may look smaller than an existing 5.5-inch iPhone.

Kuo lays out two scenarios for Apple's 2017 lineup, depending on availability of the AMOLED displays needed for the new phone. If supplies are sufficient, Apple would launch a 4.7-inch LCD-based iPhone paired with the new 5.8-inch AMOLED iPhone as a larger option. But if AMOLED display production is unable to meet the entire large-screen demand, Kuo believes Apple will launch 4.7-inch and 5.5-inch LCD iPhones similar to today's lineup, with the 5.8-inch AMOLED model being a third option at the high end.

Such a major change in 2017 would be part of a significant departure from Apple's usual pattern of keeping the same general body style for two years before making major changes. The current iPhone 6s and 6s Plus represent the second year of the current body style, and normally this year's iPhone 7 would be expected to see a significant external redesign to freshen up the look. Leaks and rumors have, however, suggested changes could be fairly minor in the iPhone 7.

Previous rumors have suggested Apple is looking to launch a 5.8-inch OLED iPhone in 2017 or 2018, with Apple rumored to be working with several different OLED display manufacturers.

JPLC
A totaly black iPhone with a seamless OLED screen? Please, take my money! Cant wait to see a moving wallpaper on a device like that!

Edit:
I couldn't resist to make a quick mock-up ('http://www.leconte.nl/tijdelijk/iPhone_OLED2.jpg') about my idea of a totaly black OLED iPhone. Would love to see it blacker than black. 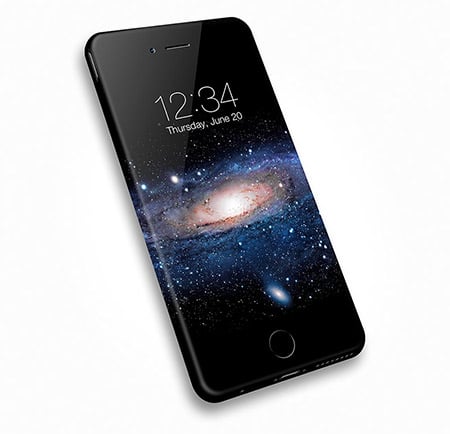 AxoNeuron
Good job Apple, welcome to where Samsung was at several years ago. Maybe you could even go beyond the pathetic 16GB base model some time in the 2020's. But then again, why leave 2011 when you don't have to?
Score: 59 Votes (Like | Disagree)

several? it was 2 years and their edge is pointless. 16GB is an option, if you need more buy more. thats the point

Don't you realize how absolutely inane that statement is? You could use the same logic to justify an 8GB iPhone. After all, if you need more you can just pay $100 to double, another $100 to go further, etc. right?

A phone with a 4K camera simply should *NOT* have 16GB of storage. That's just pathetic. you can shoot barely 20 minutes before you have COMPLETELY filled up your storage. Wow. Especially when it would have literally cost pennies for Apple to have put 32GB instead. No joke, not even a dollar. NAND flash has gotten so cheap but Apple seems stuck in 2011. It's sad and pathetic.

I used to be an iPhone guy even since the first back in 2007. But these days the iPhone is an awful joke, a punch line.

I hope that this year, when Apple does move to 32GB (it really just had to at this point), I hope their profit margins take a HUGE dive because they truly deserve it.
Score: 53 Votes (Like | Disagree)

mtneer
I get the OLED part, but what is the benefit/ purpose of a "curved" screen? Maybe because I haven't owned a device with a curved display, I can't imagine what such a screen could do for me.
Score: 43 Votes (Like | Disagree)

mbh1976
5.8? Why not just put phone capabilities on an iPad mini and call it a day.
Score: 25 Votes (Like | Disagree)
Read All Comments

Monday January 30, 2023 12:55 am PST by Tim Hardwick
Apple will launch a foldable iPad with a carbon fiber kickstand sometime next year, according to analyst Ming-Chi Kuo. In a series of tweets, Kuo said he expects an "all-new design foldable iPad" to be the next big product launch in the iPad lineup, with no other major iPad releases in the next nine to 12 months. The analyst said he was "positive" that the foldable device would arrive in...
Read Full Article • 203 comments