The debate over just what Apple will be introducing for its revamped iPhone lineup over the coming weeks is continuing to rage, and J.P. Morgan analyst Mark Moskowitz has weighed in claiming that the company will indeed be introducing two models: a redesigned iPhone 5 and a cheaper "iPhone 4-plus" focused on the Chinese market but also available elsewhere.

J.P.Morgan’s research suggests the iPhone 5 will be based on a lighter, thinner form factor that is GSM and CDMA capable. In other words, a “world-mode” smartphone, but not LTE-capable. Mr. Moskowitz also expects the iPhone 5 will have a larger retina display [than] the iPhone 4′s 3.5 inch screen and include an 8 megapixel camera with LED flash.

The iPhone 4-plus device is anticipated to be based on the current iPhone and subsume the iPhone 3GS as the lower-end offering. Mr. Moskowitz thinks it could target one or more network carriers in China, but is unlikely to be exclusive to the region.

The only concrete evidence of a redesigned iPhone 5 has come in the form of third-party cases based on a claimed leaked design document for the device. Numerous parts for an iPhone 4-like "iPhone 4S" have surfaced over the past several months, leading some to wonder whether Apple will be releasing both models, and if not, which of the two will be the iPhone 5.

Fueling the uncertainty is that fact that some analysts have seen no sign of a redesigned iPhone 5 in Apple's supply chain, while other sources including Moskowitz maintain that Apple will indeed be launching two separate models.

This design is far superior to the design above 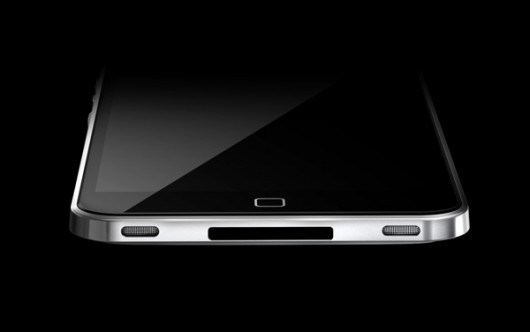 Juan007
Sorry MacRumors, I call foul on this rumor. All this guy did is recycle and regurgitate the same rumors we have been talking about for months. Just because he works on Wall Street and wears a suit doesn't mean this is somehow notable.

Bottom line, this guy has nothing new to say. I guess he's too busy crashing the economy to do any real investigative journalism about what the iPhone 4s/5 may or may not have.
Score: 7 Votes (Like | Disagree)

Steve121178
Did this really need another thread? Just add it to one of the existing ten thousand all about the iPhone 5.
Score: 7 Votes (Like | Disagree)

troop231
Hopefully Apple will send out the invites this week. Especially since they're resetting iCloud also.
Score: 7 Votes (Like | Disagree)
Read All Comments

Thursday January 14, 2021 8:07 am PST by Joe Rossignol and Steve Moser
In the second beta of iOS 14.4 seeded to developers and public testers this week, MacRumors contributor Steve Moser has discovered code indicating that Apple will be introducing a new warning on iPhones that have had their camera repaired or replaced with aftermarket components rather than genuine Apple components. "Unable to verify this iPhone has a genuine Apple camera," the message will...
Read Full Article • 66 comments

Wednesday January 13, 2021 4:08 am PST by Tim Hardwick
Apple today announced a set of new projects as part of its $100 million Racial Equity and Justice Initiative (REJI) to help dismantle systemic barriers to opportunity and combat injustices faced by communities of color. Rendering of the Propel Center The projects include the Propel Center, a global innovation and learning hub for Historically Black Colleges and Universities (HBCUs), an Apple ...
Read Full Article • 529 comments