Motor Trend has published an in-depth article, roundtable video, and spin-off posts that offer a speculative look at the design and features of the so-called "Apple Car." The renders, which are completely imaginative, were designed by industrial designer Garrett DeBry and rendered by creative studio Mind Over Eye.

While the article is headlined "Apple Car exclusive," most of the information and images are purely speculative and based on the fanciful vision of a group of automotive enthusiasts. In fact, the design looks largely based on the look and feel of the latest iPhones and iPads, right down to the matching gold color.

The car features a tinted glass windshield and roof with a boxy frame and Apple logos emblazoned on the front, back, and all four wheels. The taillights appear to be one consolidated line of red dotted lights, while the rear wheels have fender skirts that provide further aerodynamic emphasis from the rear bumper forward.

With few concrete details known about the Apple Car, these images are purely conceptual and, unsurprisingly, should not be interpreted as factual. Dozens of similar mockups are just one Google Images search away, and each offer a fun but likely mostly fanatical vision of Apple's much-rumored electric vehicle.


Apple Car rumors have gained momentum since early last year, when The Wall Street Journal reported that Apple has hundreds of employees working to develop an electric vehicle under the codename "Project Titan." The bulk of research and development may be taking place in secretive buildings in Sunnyvale, California, where late night "motor noises" have been heard in recent months.

Multiple sources have indicated that the Apple Car could be finalized by 2019 or 2020, but a more precise timeframe remains unclear due to possible internal setbacks and other unforeseen circumstances. Tesla CEO Elon Musk recently called the Apple Car an "open secret," as his company aims to begin fulfilling more than 325,000 pre-orders for its lower-priced Model 3 by late 2017.

Jakexb
That is the car equivalent of this 2007 iPhone mockup. 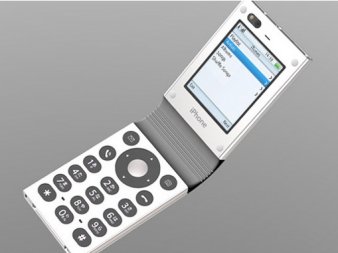 atels
This could be one of the ugliest car's ever...
Score: 49 Votes (Like | Disagree)

Sandstorm
It won't look this ugly, but the base model will come with 16 mile range. :D
Score: 35 Votes (Like | Disagree)

Chupa Chupa
Motor Trend either has a low bar or no imagination for an automotive enthusiast magazine.
Score: 30 Votes (Like | Disagree)

Sunday February 5, 2023 6:07 am PST by Joe Rossignol
Apple has discussed selling a new top-of-the-line iPhone alongside the Pro and Pro Max models in 2024 at the earliest, according to Bloomberg's Mark Gurman. Based on this timeframe, the device would be part of the iPhone 16 lineup or later. In a September 2022 edition of his weekly "Power On" newsletter, Gurman said there was "potential" for an iPhone 15 Ultra to replace the iPhone 15 Pro...
Read Full Article • 438 comments

Saturday February 4, 2023 1:30 am PST by Hartley Charlton
Google's Chromium developers are working on an experimental web browser for iOS that would break Apple's browser engine restrictions, The Register reports. The experimental browser, which is being actively pursued by developers, uses Google's Blink engine. Yet if Google attempted to release it on the App Store, it would not pass Apple's App Review process. Apple's App Store rules dictate...
Read Full Article • 259 comments