Apple's "Project Titan", its secretive and much-rumored electric car project, may involve a campus leased by Apple last year that is located in Sunnyvale, California, just a few minutes from the company's main 1 Infinite Loop campus in Cupertino, reports AppleInsider.

According to "two people with knowledge of the project", the company has been receiving shipments that may be related to the project's development at the Sunnyvale address, though it remains unclear if that location is indeed the headquarters of the car project.

According to one AppleInsider source familiar with "Titan," many of Apple's new auto-related hires, including recruits from Tesla, have been working out of the Sunnyvale campus. This person claims that some of the projects underway there have been kept "very secret" within the company.

It is said that the "Titan" development building itself is codenamed "SG5."

Apple's presence at the campus is not a secret, but AppleInsider believes Apple is linked to another company quietly operating at the site, likely as a front for Apple's more secretive efforts. That company, SixtyEight Research, claims to be a market research firm, but there is little public evidence of any actual operations in that field. Instead, the building where SixtyEight Research is listed as a tenant has seen city permits issued for construction of an "auto work area" and a "repair garage". 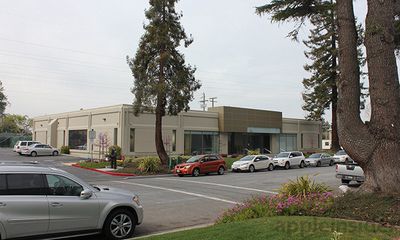 SixtyEight's affiliation with Apple could not be confirmed, but Apple does have a long history of using shell corporations and deceptive methods to hide its secret projects. Aside from a barren website, there is scant other information about SixtyEight — lending more credence to its use as a front.

It wouldn't be a stretch to surmise that SixtyEight could play a role in allowing Apple to purchase and import automotive equipment and tools without drawing any suspicion. Apple, after all, is the biggest company in the world, and has been known to force engineers to use false names in the past when visiting suppliers to avoid unwelcome attention.

A visit to SixtyEight's offices by AppleInsider was met with frosted opaque glass and security cameras, with a note pointing those looking for the company offices to a three-story building in the complex leased to Apple.

Much of the evidence is circumstantial, but there definitely appear to be some curious circumstances at Apple's Sunnyvale campus. Apple's car project is reportedly still in the early stages, but the company is said to have committed to building a team of up to 1000 employees with a goal of launching a car around 2020 if the project proves promising.

iBlazed
Not so much a secret anymore. Apple needs to up their front business game. If they were drug dealers they would have been busted long ago.
Score: 12 Votes (Like | Disagree)

Reason077
Can anyone put me in touch with someone from the sales team at SixtyEight Research?

I've been trying to contact them, as I am in need of market research services in the Cupertino/Sunnyvale area.

Wow. I wonder how leaks will be controlled for a car.

Can anyone put me in touch with someone from the sales team at SixtyEight Research?

I've been trying to contact them, as I am in need of market research services in the Cupertino/Sunnyvale area.


Sure. Here you go: tcook@apple.com
Score: 4 Votes (Like | Disagree)

The whole car thing is a front. I know what they are really doing.

It is said that the "Titan" development building itself is codenamed "SG5."


They're building a StarGate!
:eek:
Score: 3 Votes (Like | Disagree)

Watch for the Samsung Car -> S-Car

Followed by their utility/delivery vehicle, the S-Cargo ... slow as a snail. 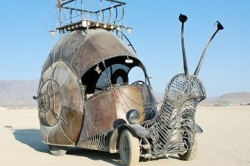