The Seiko wristwatch that Steve Jobs wore in the famous 1984 Macintosh photo shoot sold for $42,500 in an online auction on Saturday (via CNET). Consigned by Jobs' former house manager Mark Sheff, the watch's band was said to be "in heavily worn condition," but still managed to draw the interest of 14 bidders and about 5,600 page views before closing out for $42,500. 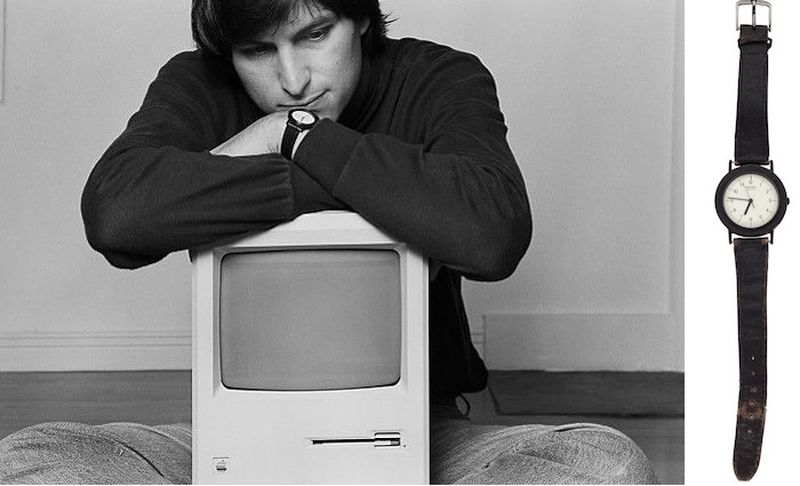 The watch wasn't the only item of Jobs' old artifacts to get sold on the auction, however, with items ranging from his old Birkenstock sandals ($2,750) to one of the former Apple CEO's classic black turtlenecks, this one from his time at NeXT ($7,500). A lot of items, including his NeXT name tag, business card, 10K gold-filled Apple Computers pen, and a personally signed USPS return receipt, all sold for $16,250.

Considering the company's prolific history, many of its products have sold well in reseller's markets over the past few years. In December of 2014, a functioning Apple-1 computer that Jobs himself sold out of his parents' garage in 1976 went for $365,000 at an auction in New York. A few months earlier, the Henry Ford Museum won another Apple-1 computer auction with a record bid of $905,000.

dwaltwhit
The watch I get; it was part of an iconic photo. The business card is kinda cool along with the name tag. The other stuff gets a little.... weird. A pair of shoes? A return receipt? A shirt? creepy.
Rating: 3 Votes 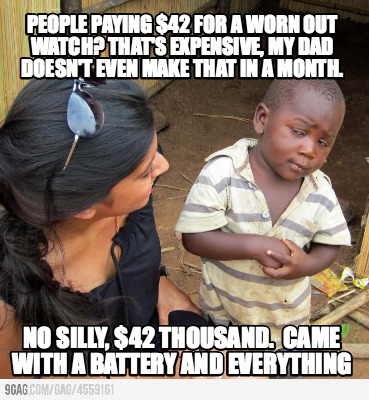 jonnysods
Someone bought a lock of John Lennon's hair the other day for over $30k I heard. I'm guessing these people just have money to burn... Good for them I suppose! All I want is to have no mortgage!
Rating: 1 Votes

Benjamin Frost
Give me Steve's Seiko over the Apple Watch any day. He had good taste. The Seiko is a more attractive watch, more functional and has a battery that lasts for years.
Rating: 1 Votes

One question: Why sell the stuff?

The real question is why someone bought it.
Rating: 1 Votes

Would you rather have an old watch, or $40K? It's a no brainer to sell it.

The real question is why someone bought it.

Beauty and value are in the eye of the beholder. People buy paintings and other collectibles for ungodly sums. I wouldn't, but hey, to each his own.
Rating: 1 Votes