Wednesday January 6, 2016 7:13 am PST by Joe Rossignol
Taiwanese website Apple.club.tw has shared leaked images of the purported backlight assembly for the "iPhone 7" display. The component draws some similarities to the iPhone 6s and iPhone 6s Plus backlight assembly, although the 3D Touch chip and LCD flex cables are relocated on this leaked part. 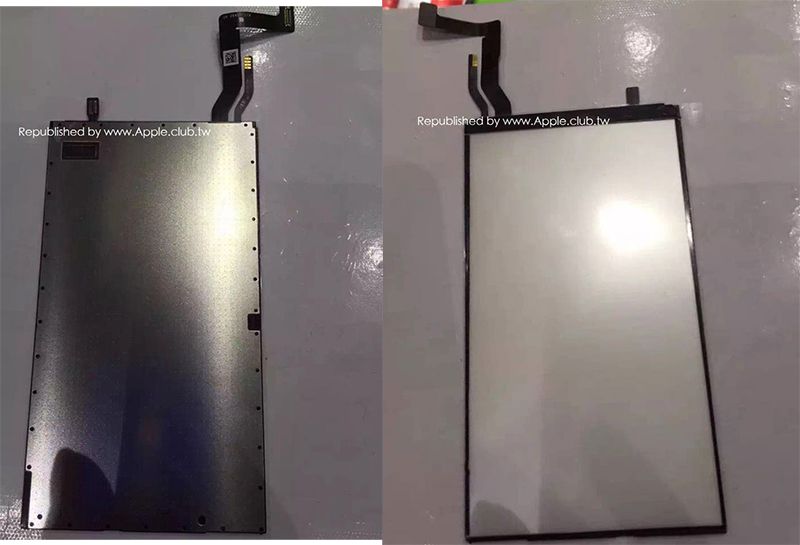 The website speculates the component could also be for Apple's next-generation 4-inch iPhone, but previous reports have said the much-rumored "iPhone 6c" will not have 3D Touch. The pictured size of the 3D Touch chip and flex cables also suggests the backlight assembly is designed for larger than a 4-inch display. 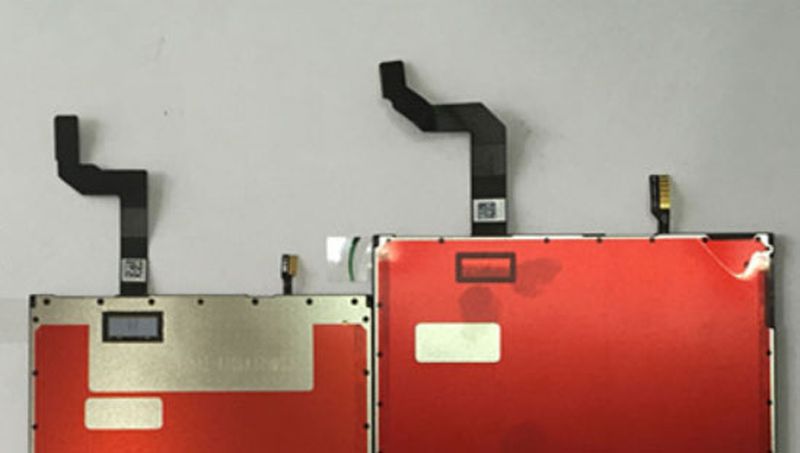 iPhone 6s and iPhone 6s Plus backlight assembly for comparison

Apple.club.tw has accurately leaked or republished multiple Apple products in the past, including the iPhone 6 protruding camera lens, iPhone 6 logic board and iPad Air 2 logic board, but its February 2015 rumor about Apple adding Touch ID on the MacBook, Magic Mouse and Magic Trackpad has yet to happen.

Apple may remove the 3.5mm headphone jack on the iPhone 7 and iPhone 7 Plus in favor of an all-in-one Lightning connector, possibly helping the smartphones achieve between 6.0mm and 6.5mm thinness and a waterproof design. The devices may also have a faster TSMC-built A10 chip and non-metallic casing with hidden antenna bands.

Richardgm
Oh, it's that time again. 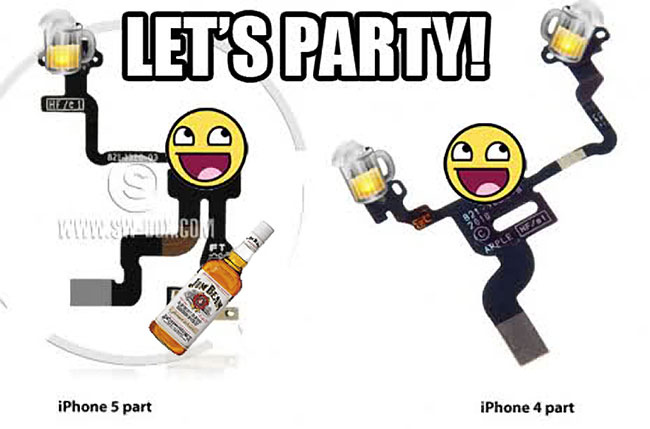 That basically forces me

Apple forced the majority of us into the 64GB and 128GB right?

Trust me Apple forces us to do what we don't want to do.


NO, people want every possible enhancement and feature, but for a lower price!
Rating: 9 Votes

danakin
For those stating that you're FORCED to do "X" or "Y"...

Apple doesn't "FORCE" anyone to do anything.
They set their pricing according to their market research and consumers CHOOSE to purchase or not.
There's no literal or figurative gun to anyone's head to buy an Apple device.

The government FORCES us to pay taxes or there are dire consequences - see the difference?

There are market options if you ELECT not to spend what Apple is asking.
Rating: 6 Votes

magicschoolbus
I will be totally okay with waiting until the S version. I'm in no rush to buy 50$ adapters to listen to my headphones at the gym or snowboarding. Plus my 6S is a beast.
Rating: 6 Votes


This wouldn't have happened if Steve was here
Rating: 6 Votes

I'm fine with the Plus model having 256GB of storage and the larger battery but I'm not fine with it having the 3GB of Ram vs 2GB on the smaller one. That basically forces me into the larger model and $100 added cost.
Rating: 4 Votes