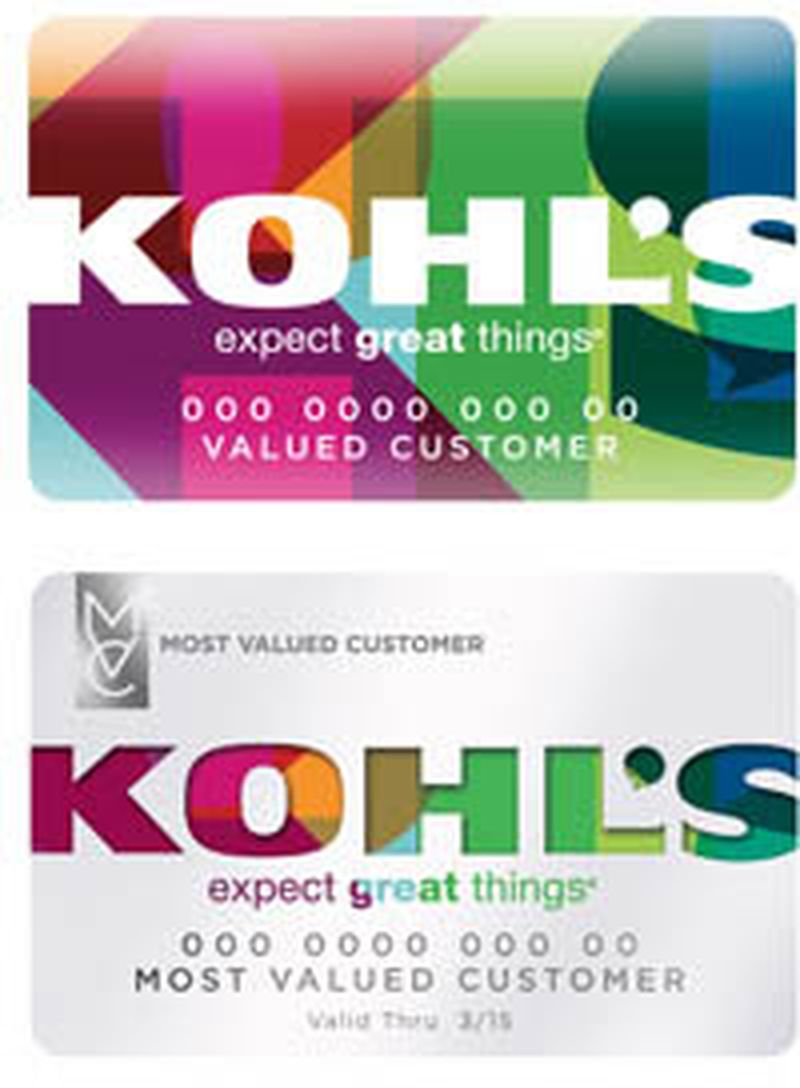 Enhanced Mobile Payment Options: Customers can pay easily and quickly with Apple Pay in stores when they add their Kohl’s Charge as a form of payment. In addition, customers will be able to complete purchases across all digital channels with Visa Checkout, which makes it fast and easy to buy gifts for everyone on the list on Kohls.com and mobile devices.

Kohl's is the largest U.S. department store chain by the number of stores, with around 1,200 as of February 2013.

cpuwrecker
I'm still waiting for Target to implement the same with their store card.
Score: 6 Votes (Like | Disagree)

snebes
Hope to see the rewards cards getting added soon, too. I'm looking at you, Panera.
Score: 4 Votes (Like | Disagree)

ArtOfWarfare
I need some way of getting rid of all of my punch cards. The "Get 10 pizzas and your next one is free!" things. A lot of local places do that, and I almost always forget to bring my cards for them.
Score: 3 Votes (Like | Disagree)

extricated
Nice. Waiting for the other dominoes to fall.
Score: 3 Votes (Like | Disagree)

tmiw
What I want is to be able to tap my phone at Walgreens so I don't have to enter my phone number to get points.
Score: 2 Votes (Like | Disagree)
Read All Comments

SwitchArcade Round-Up: ‘Trails of Cold Steel IV’ Coming to Switch, ‘Junk Jack’ and Today’s Other New Releases, the Latest Sales, and More
Interactive Visual Novel ‘If Found…’ From Dreamfeel and Annapurna Interactive Has a Confirmed Release Date for iOS and PC
‘Door Kickers: Action Squad’ from KillHouse Games Is Now Available on iOS as a Premium Release
Raise and Battle Monsters in Chariots Gaming’s Upcoming Simulator ‘Becoming Bytes™’
‘GWENT: The Witcher Card Game’ Update 6.1 Is Now Available Bringing 6 New Leader Abilities, a New Progression System, New Rewards, and More
‘Kingdom Two Crowns’ from Raw Fury Has a Confirmed Release Date for iOS with Pre-Orders Now Live
Bullet Hell Shmup ‘Bullet Hell Monday Finale’ From Masayuki Ito Releases This Month on iOS and Android
The “Priest” and “Ghoul” DLCs for ‘Cultist Simulator’ Are Out Now and the Base Game Is Discounted to Celebrate the DLC Launch for a Limited Time