Wednesday September 9, 2015 6:56 am PDT by Joe Rossignol
Apple will release a (PRODUCT)RED Sport Band for the Apple Watch, and likely other new Sport Band colors, according to a retail source. At least one Apple Store has received inventory of the new bright red band ahead of Apple's "Hey Siri" media event in San Francisco today. Apple donates a portion of the proceeds from (PRODUCT)RED-branded items to the Global Fund to help the fight against HIV and AIDS in Africa.

I can confirm one product that Apple will be announcing at today’s event. #AppleWatch #red #product pic.twitter.com/HkuQvO5jLG

Last week, we corroborated a report that Apple will unveil new Sport Bands for Apple Watch at its September 9 media event. The additional colors beyond (PRODUCT)RED could include other shades of red, orange, yellow, blue and beige, as shown off at the Milan Design Week in April.

TheDeviceUser
A $10 price drop would go nicely with these too. :)
Rating: 18 Votes

keysofanxiety
Heh, imagine our faces when this is the only product Apple announce at today's keynote.

"To ... create ... this product, we asked ourselves 'what do consumers most want from this announcement?' The answer, of course, is not a new iPhone, but a different coloured strap for their Apple Watch.

Our engineers worked tirelessly to design a product which was both functional and gorgeous. The strap ... sympathetically wraps around the wrist, providing a unique function; both ... a distillation, and a purification, of the very essence of what we could achieve from a material. A gentle colour mix of ruby rose and unapologetic red gives this strap the visual vibrancy it deserves.

Simply put, it's the best strap we've ever designed."

bushido
SHUT UP AND TAKE MY MONEY
Rating: 11 Votes


No! It looks great, I'm getting one ASAP!

Oh and since when was red not suited for men?
Rating: 10 Votes 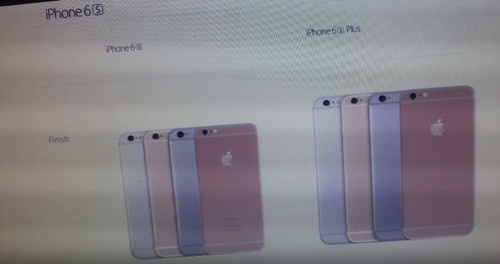 Nice try. Love it how you correctly spelt "aluminium" too.
Rating: 8 Votes


The "iPad 3" came out 3 years ago. Why would they release it again?
Rating: 3 Votes