The anticipated mobile game "Lara Croft GO" launches today on iOS, Android, and Windows Phone devices. Announced by Square Enix during the Electronic Entertainment Expo in June, the game takes the themes and characters of the Tomb Raider games and merges them with a more stylized look and turn-based controls of the "GO" series, which the company is calling a "celebration of our iconic franchises."

The second game in the "GO" series of games created by Square Enix's Montréal studio, Lara Croft GO follows in the footsteps of Hitman GO with a simplified approach to player movement that brings a board game-like feel to each player and enemy move.

Hitman GO saw players attempt to puzzle out the order in which to eliminate or avoid various guards to complete a level, or what the studio refers to as distilling the series down to the "Essence of Assassination." Now, Lara Croft GO presents users with the same move and counter-move structure of the previous game, but with a new Tomb Raider setting, new enemies, and over 75 puzzles to solve in the whole game, with a shifting focus on the "Essence of Adventure."

Lara Croft GO is a turn based puzzle-adventure set in a long-forgotten world. Explore the ruins of an ancient civilization, discover well-kept secrets and face deadly challenges as you uncover the myth of the Queen of Venom.

Following the award-winning Hitman GO, Square Enix Montréal brings yet another beloved franchise to mobile with this unique take on the iconic heroine’s adventures.

2457282
The only thing I ever liked about Laura Croft was Angelina Jolie in those shorts. :D

Was never really into the game.
Score: 2 Votes (Like | Disagree)

So it's just Hitman GO with Tomb Raider characters and theme instead. Lame. 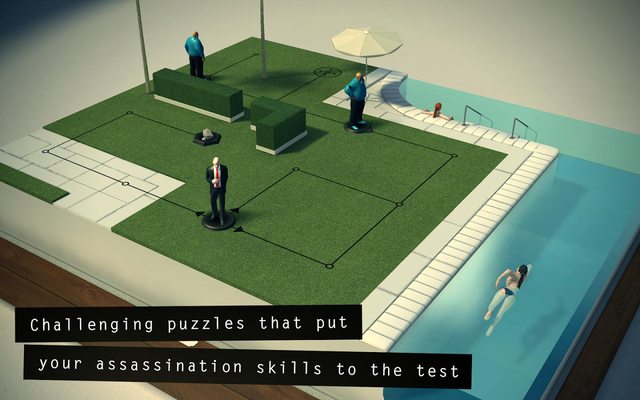 Having played both of them, they're actually very different games
Score: 1 Votes (Like | Disagree)

zzebi
It really reminds me of Another World. Very similar visual style, but in isometric 3D instead of 2D parallax. Looks great!
Score: 1 Votes (Like | Disagree)
Read All Comments