Apple is planning a second-generation Apple Watch with new features including a front-facing FaceTime video camera, expanded Wi-Fi capabilities and possibly additional models based on new materials, according to 9to5Mac. The report claims the so-called "Apple Watch 2" is likely to be introduced in 2016 following the release of WatchOS 2 and native Apple Watch apps in the fall. 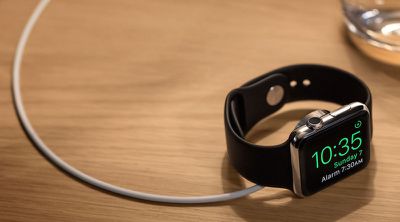 The new FaceTime camera will reportedly be built into the Apple Watch's top bezel and enable users to make and receive FaceTime calls on their wrists. Apple previously announced at WWDC that WatchOS 2 will have a new FaceTime Audio feature for Wi-Fi-based calling, and the new software also enables Apple Watch users to answer or reject FaceTime video calls through a paired iPhone.

Despite gaining several new features, the Apple Watch 2 will likely have similar battery life as the original model. The report claims that Apple has conducted market research and determined that, despite early concerns, most customers are satisfied with their Apple Watch's battery life, allowing Apple engineers to focus their efforts on other areas besides battery improvements.

Apple is also said to be exploring different Apple Watch variations beyond the Sport, Watch and Edition models currently available, in an effort to attract customers at price points between $1,000 and $10,000. The report claims it is possible, but not certain, that Apple may release new Apple Watch models based on metals such as titanium, tungsten, palladium or platinum.

PlainviewX
There needs to be a GPS chip inside the watch to enable it to be used as a fitness monitor without the need to be tethered by Bluetooth to an iPhone. That's the most glaring change they need to make.
Score: 56 Votes (Like | Disagree)

cambookpro
I love my Apple Watch, not only because of what it does, but what it doesn't do. It doesn't have facilities to surf the internet, to watch films, to FaceTime people, because it's just not a great experience.

I can see why a camera may be useful for apps like Snapchat, but seriously, who wants to take a FaceTime call on their watch? Hold your arm up to face-level for 30 seconds and see how it feels, and now imagine talking to someone for minutes like that. Madness.

Hope it offers improvements in other areas as well, as if the main selling point is a camera I for one won't be upgrading.
Score: 46 Votes (Like | Disagree)

stewy
A camera on the watch should give your loved ones a perfect view up your nose.
Score: 19 Votes (Like | Disagree)

Bad news for the early adopters.

Not at all. That's EXACTLY what being an early adopter means. Plus we get to enjoy it for a year till next release instead of sitting and waiting...
Score: 19 Votes (Like | Disagree)

Apple Restocks Refurbished iPhone 8 With 128GB of Storage for $359