The Moto 360 can pair with any smartphone running Android 4.3 or higher, as users can then receive notifications about weather, flight alerts, traffic, and more through Android Wear. The device also includes built-in Google Now functionality, as users can say "Ok Google" to send texts, set reminders, see directions, and more. Existing Android apps such as Facebook Messenger and Lyft also work with Moto 360.

The launch of the Moto 360 comes less than a week before Apple's special September media event, which is rumored to feature the unveiling of its iWatch wearable device alongside the iPhone 6. According to recent reports, Apple's iWatch will pair with the iPhone and feature a flexible curved display, wireless charging, and number of advanced biometric sensors to track a range of health and fitness data.

The device is also said to come in multiple sizes and material options when it launches, and incorporate near field communications (NFC) technology for mobile payments. Apple is said to be weighing a $400 price range for the device, and may start shipping it in early 2015.


The Moto 360 will be available later today for $250 from Motorola's website, Google's Play Store and Best Buy. Motorola will also be releasing metal bands for its wearable device later this fall.
[ 321 comments ]

lozpop
I actually like it, but there's only one problem. It doesn't work with iOS.

MartinAppleGuy
Seems to be loads of smart* watches getting thrown out there before Sept. 9.

*these watches will no longer be classed as smart after September 9th ;)
Score: 23 Votes (Like | Disagree)

iKrivetko
For sod's sake, can we have a day without somebody releasing a smartwatch?
Score: 23 Votes (Like | Disagree)

Grolubao
Looks great, definitely the best looking smartwatch in the market. The problem is that they all are gimmicks so it's a no buy for me
Score: 19 Votes (Like | Disagree)

Careful, that's how mobile phones started. Technology meant they started big and got smaller and smaller because that's what people wanted, then everything reversed because idiots thought they needed massive screens.

Smart watches will get smaller and then Samsung will release a ridiculous 4" round watch in 2024 so all the Android people can continue to look like idiots.


That just made me think of someone walking around with a Nest Thermostat on their wrist. 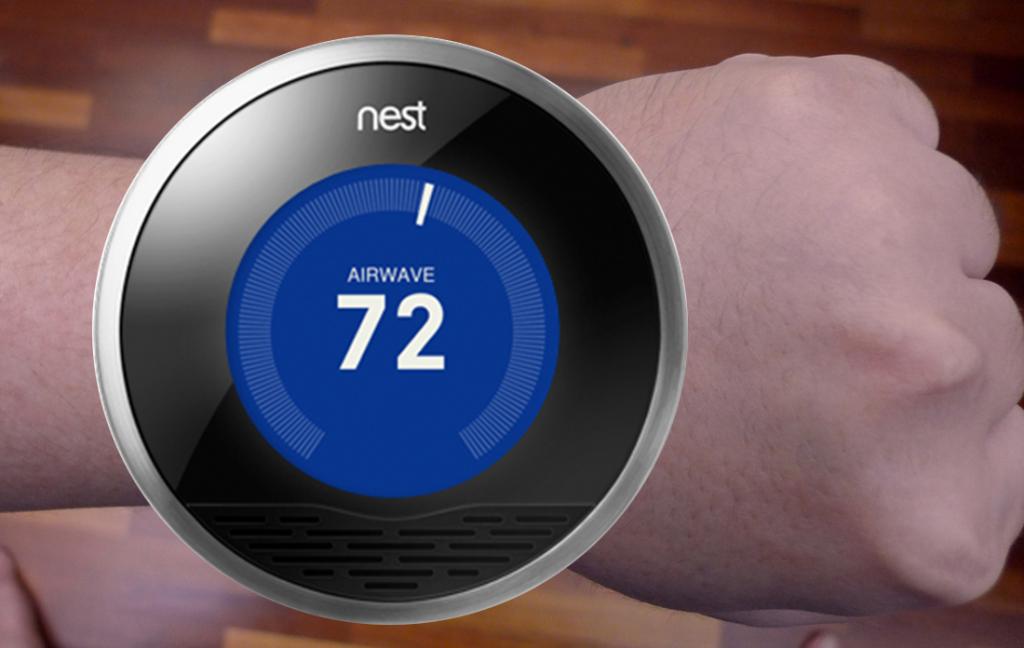 And it controls the temperature at home.
Score: 13 Votes (Like | Disagree)
Read All Comments

Saturday March 6, 2021 7:33 am PST by Joe Rossignol
Apple on late Friday evening added a "while supplies last" notice to its iMac Pro product page worldwide, and removed all upgrade options for the computer, leaving only the standard configuration available to order for now. We've since confirmed with Apple that when supplies run out, the iMac Pro will no longer be available whatsoever. Apple says the latest 27-inch iMac introduced in August...
Read Full Article • 237 comments

Friday March 5, 2021 9:53 am PST by Joe Rossignol
Initially filed in 2016, a class action lawsuit that accuses Apple of violating the Magnusson-Moss Warranty Act, Song-Beverly Consumer Warranty Act, and other U.S. laws by providing customers with refurbished replacement devices is set to proceed to trial August 16, according to a notice this week from law firm Hagens Berman Sobol Shapiro LLP. Apple's repair terms and conditions state that,...
Read Full Article • 162 comments

Friday March 5, 2021 8:20 am PST by Joe Rossignol
While we are likely at least six months away from Apple unveiling the so-called iPhone 13 lineup, rumors about the devices are starting to accumulate, so we've put together this recap of everything that is expected so far. The upcoming iPhone 13 lineup will consist of the same four models and the same screen sizes as the iPhone 12 lineup, according to reputable analyst Ming-Chi Kuo,...
Read Full Article • 124 comments

Saturday March 6, 2021 6:00 am PST by MacRumors Staff
iPhone rumors are heating up, with noted analyst Ming-Chi Kuo this week releasing a wide-ranging report outlining his expectations for the iPhone lineup over the next three years. This week also saw rumors about OLED displays potentially coming to iPad and Mac starting next year, increasing signs of AirTags functionality in iOS 14.5 betas, and more, so check out all of the details below! i...
Read Full Article • 44 comments

Friday March 5, 2021 10:14 pm PST by Eric Slivka
Apple appears to be on the verge of discontinuing the iMac Pro, with the store page for the high-end all-in-one Mac including a "While supplies last" tagline and only the base model with no custom configurations available for purchase. The iMac Pro launched in December 2017, and while there have been a few tweaks to the available configurations over the years, it has received no substantial...
Read Full Article • 135 comments