In advance of Earth Day, Apple overhauled its Environmental Responsibility website with new content that reconfirms the company's dedication to operate its business in a way that is best for the environment. The updated website features a new "Better" video narrated by Apple CEO Tim Cook that explains the company's environmentally friendly values.


Keeping with this Earth Day theme, Lisa Jackson, Apple’s vice president for environmental initiatives, recently gave Wired an exclusive tour of Apple's newest data center in Yerington, Nevada. Apple is close to powering all its facilities entirely with renewable energy, with both its corporate office and data centers now at 94 percent and climbing. This Nevada facility continues Apple's commitment to obtain its energy from cleaner sources. 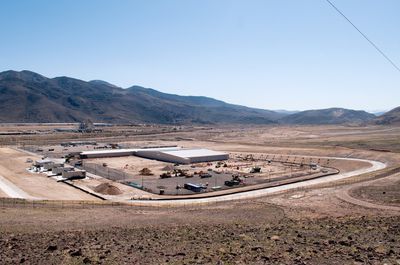 Though Jackson can’t take credit for Apple’s renewable initiative, she monitors its progress and, perhaps even more important, spreads the word that renewables aren’t just for tree-huggers, but are serious energy sources that can take on the biggest jobs. “No one can ever claim again you can’t have a data center that runs on 100 percent renewable,” says. “Once those proof points are out there, it makes it easier for policies to follow.”

Though the company uses wind and hydroelectric power in its other facilities, Apple is relying on solar power in its Nevada facility. This design mirrors the company's Maiden, North Carolina data center, which uses two 100-acre solar fields to produce a total of 50 megawatts.

Apple is now building out a similar solar array in Nevada on a 134-acre field within the grounds of the Nevada facility. When completed sometime next year, this array will generate approximately 18-20 megawatts of power, with the remaining power for the center being supplied by geothermal energy.


Thank you so much for your correction, I was struggling to understand that message and with your correction it suddenly made sense.
Score: 18 Votes (Like | Disagree)

ThisIsNotMe
How about Apple launches a 'new products' campaign? You know, where where they release new products.
Score: 17 Votes (Like | Disagree)

Matthew Yohe
Great use of Tim Cook for the narration. More of these please.
Score: 13 Votes (Like | Disagree)

moeafg
It's fantastic that big companies are using renewable energy to power their facilities :D. A lot of users will comment about how much "they don't care about green products as long as they have new products", but what they fail to realise is that their phones, laptops, computers aren't going to save them when the weather behaviour begins to become extreme. :mad:
Score: 7 Votes (Like | Disagree)
Read All Comments