SimCity Getting Offline Mode Nearly a Year After Launch

EA is adding an offline mode to SimCity, nearly a year after saying it would require "a significant amount of engineering work" to do so. It should launch in the "near future", according to EA.

SimCity launched on the Mac last August and immediately ran into a number of problems including installation issues and more, but they were resolved fairly quickly -- particular in comparison to the extremely poor launch of SimCity on the PC. 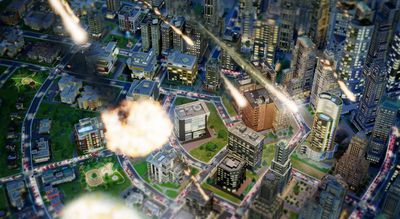 SimCity's PC launch was more than a little rocky, largely because the game can only be played online. EA requires that the game be connected to its servers at all times. At launch, SimCity's servers were overwhelmed with traffic and the gameplay experience was extremely poor. Today, EA seems to have ironed out most of the bugs and users are playing the game as intended.

However, with offline mode "in the late phases" of development according to a post on EA's SimCity blog, it remains to be seen if it is too little, too late, for the game's fans.

Yes, Offline is coming as a free download with Update 10 to all SimCity players. When we launch it, all of your previously downloaded content will be available to you anytime, anywhere, without the need for an internet connection. We are in the late phases of wrapping up its development and while we want to get it into your hands as soon as possible, our priority is to make sure that it’s as polished as possible before we release it. So, until then… testing, testing and more testing. As one of the final steps, we’re putting Offline into the hands of some of our most hardcore players, the DevTesters. This group of volunteers is going to put Offline through its paces before we release it.

In Update 10, you can still play solo in Regions on your own, or in Multiplayer with people from around the world. What’s new is the Single Player Mode, which allows you to play the game Offline by yourself. And because your saved games in this mode are stored locally, you can save and load to your heart’s content. Our team will be delivering a follow-up blog that will outline the full details in the near future so stay tuned.

SimCity is available through EA's Origin store at $40 for the standard game, or $60 for a Deluxe Edition that includes additional content. Purchases cover both PC and Mac platforms.

This is a huge victory for gamers everywhere


Releasing a patch for something that could have been done from the start, a year after the game launched, when no one is buying it any more, as a cynical attempt to try to create a few more sales is a "huge victory for gamers"?

I'd hate to see what you class as a defeat.
Score: 9 Votes (Like | Disagree)

I know it's a beaten to death argument, but, could this actually mean bigger maps will be coming? I don't mind if off lien mode exists but given the gameplay is incredibly short compared to Cities XL, it still doesn't seem like a great purchase.

They said at the same time this was announced that bigger maps are not comming.
Score: 4 Votes (Like | Disagree)

Schtumple
I know it's a beaten to death argument, but, could this actually mean bigger maps will be coming? I don't mind if offline mode exists but given the gameplay is incredibly short compared to Cities XL, it still doesn't seem like a great purchase.
Score: 4 Votes (Like | Disagree)

This is what I've been waiting for, YES! I will add that I do feel lied to. This offline mode supposedly was Impossible with how the game was programmed, claimed EA. It won't take much in the future for me to never buy an EA game again, however I will reward *this* good behavior so at least they know Offline Mode is valuable.
Score: 4 Votes (Like | Disagree)

This is a huge victory for gamers everywhere!

Requiring an online connection for games that could be played offline is an unneeded oppression and I'm happy to see EA reverse this foolhardy decision.


Offline play doesn't change the fact that the game is still RUBBISH.

I need this game in my life :)


No you don't. Buy the older versions of the game which are infinitely better.
Score: 3 Votes (Like | Disagree)

"Lets take an offline singleplayer game and make it online only and multiplayer!"

I'm glad this is happening. Making SimCity online only was simply the worst idea ever and it seems that maybe EA are finally learning that their dickish moves and very lazy game development for consumers are hurting them. But I still won't be buying it until the AI is fixed, the cities are actually city sized and it is available for purchase on Steam. All of which will most likely be coming the 2nd of Never.
Score: 2 Votes (Like | Disagree)
Read All Comments