Despite being delayed by six months in order to ensure "a great experience for players", it seems that the Mac version of SimCity is still experiencing a number of serious issues which prevent users from playing the game. Frustrated gamers have taken to EA's official forums and our own discussion thread to vent their annoyances, which range from installation issues to the game only running in windowed mode on certain Macs. While SimCity is running with no problems for some users, it certainly appears that a significant fraction of users are having issues with the game. 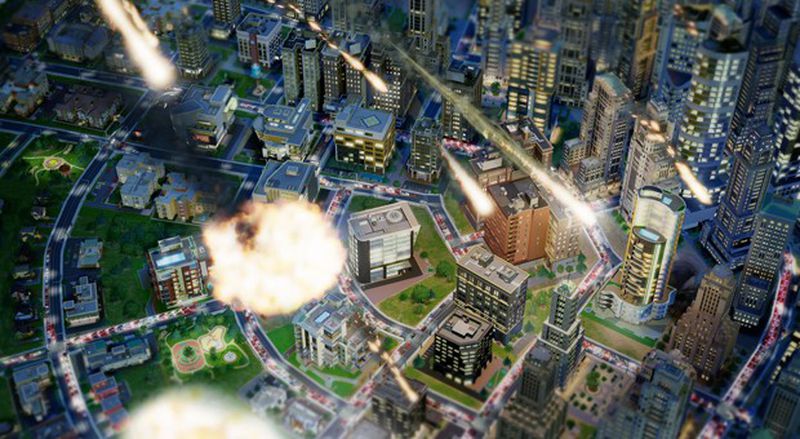 The issues range from problems starting the software to lagging on even the most high-end Macs. Some users have also discovered after purchasing that SimCity for Mac will not run on machines with OS X 10.7.4 or earlier, despite a still-available FAQ entry stating that users running a minimum of Snow Leopard would be able to play the game.

Users are also finding that the game does not support the higher resolution on the 27-inch iMac or MacBook Pro, with some users forced to run the game in 1440 x 900 resolution rather than the full 2560 x 1440 that the large iMac supports. TUAW also reported that one user had to reinstall Origin three times in order to just download the game, let alone install it.

A Maxis spokesperson has commented on the issues since the game's launch:

There are a small number of players who have encountered issues with SimCity for Mac. Our live team is working individually with our players to resolve their issues and get them into the game as quickly as possible.

Any SimCity gamers who are experiencing trouble can turn to the official FAQ page on EA's forums, which lists a few possible remedies. It is also worth noting that the game is covered by Origin's "Great Game Guarantee", which was launched a couple of weeks ago and allows players to return games free of charge within 24 hours of purchasing.

We are pleased to advise that the installation-related issues some players experienced with SimCity on Mac have been resolved.


Because it's EA. They pump out crap. SimCity is a waste of money.
Rating: 11 Votes

roadbloc
Oh my. Nobody saw this one coming. :rolleyes:
Rating: 11 Votes

ScottishDuck
Anyone who invested in this trash game after the well publicised issues deserves any problems they get.
Rating: 10 Votes

jfx94
As a dentist I find the title of this article quite amusing, particularly since teething doesn't occur until several months after birth (launch?).
Rating: 8 Votes

Because it's EA. They pump out crap.

If it works well only on some macs, and not in retina higher resolutions, and issues are wide-spread, it smells like the developers who created this weren't very motivated to make SURE it worked, just grunt-work to listen to their bosses and use what development machines that EA bought.

Sounds like a poor culture at EA.
Rating: 5 Votes

The whole connected online for single player immediately caused me to lose interest.


Same here. The whole "piracy ruins the market" myth is just like the whole "we're at war to protect America" lie.
Rating: 3 Votes

Anyone who invested in this trash game after the well publicised issues deserves any problems they get.


And that's the kind of RUBBISH that gets Page 1 coverage on MacRumors...as we said elsewhere, the original article should at most have been on Page 2...it's just another crappy EA game after all.
Rating: 3 Votes

Northgrove
With this incarnation of SimCity, the focus is on EA finances, not game quality.
Rating: 3 Votes

everything-i
EA have reached a new low with this, I mean you have a fairly small number of machines to aim for, unlike with PCs, and they obviously haven't even tested it with the current range of Macs on sale as it doesn't even support 27" screens native resolution and doesn't work with all the versions of OSX that they advertised.

I was so excited when this new version was first announced because I love the franchise but EA have totally disappointed in every respect and all the easily avoidable problems with the Mac version are the final insult.
Rating: 3 Votes
[ Read All Comments ]