Following its distribution of media invitations for its September 10 iPhone event yesterday, Apple sent out a second batch of invitations to members of the Chinese media for a separate event in Beijing, according to Sina [Google Translate]. The design of the invitation matches that of the one sent out for Apple's Cupertino event, although it is unclear whether the Beijing event will cover separate China-specific announcements such as a rumored China Mobile deal or if it will simply be a recap of Cupertino event. The Beijing event takes place at 10:00 AM local time, nine hours after Apple's Cupertino event begins. 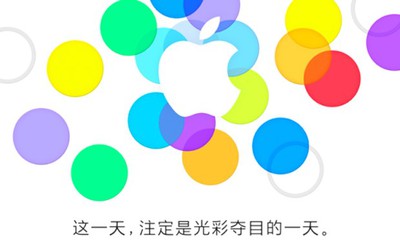 Apple's Cupertino event is expected to see that launch of a new flagship iPhone 5S and a lower-cost iPhone 5C that will have internal components similar to the iPhone 5 encased in new colored plastic shells. In a report last month, the iPhone 5C was projected to give Apple a "huge boost" in China, with its lower cost making it an attractive choice for the market.

Additionally, a report from late last month claimed that the iPhone 5S and iPhone 5C will launch in China on November 28, more than two months later than the expected launch of the phones in the first wave of markets. The delay would be due to the verification process by China's Ministry of Industry and Information Technology that all new devices must go through.

Update: AllThingsD reports that the Beijing event is simply one of three satellite gatherings related to the main event in Cupertino, with other gatherings taking place in Berlin and Tokyo. The Beijing event will presumably occur nine hours after the Cupertino event to offer a more reasonably timed alternative to the live event, which will take place at 1:00 AM Beijing time.

These satellite launches will be held in Berlin, Tokyo and Beijing, and will feature a video stream or replay of the Cupertino event along with some other content. They’re not an entirely new occurrence; Apple has done them before in London and Tokyo. That said, this is the first time the company has ever held a satellite launch event in China, one of its most important markets.

AngerDanger
Oddly enough, the colored dots are in different positions.

Apple really are all about the money.

I thought Apple existed solely for my benefit… :(
Score: 9 Votes (Like | Disagree)

Sky Blue
This guy will be presenting: 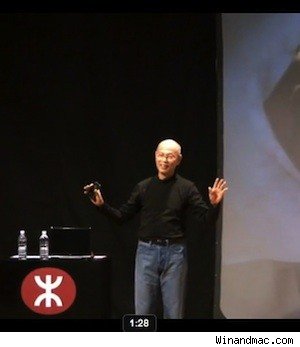 Apple really are all about the money.


I know its crazy... a for profit company is trying to make money....

In other news the Dead Sea is very salty....
Score: 5 Votes (Like | Disagree)

Maybe the iPhone 5C is for certain markets only.

No, cannibalization of the high-end model by low-end models (iPhone 4 vs. iPhone 5) is a worldwide trend. Even in the US the iPhone 4 is still very popular, much more popular than the 3GS ever was in its hay days.

Why does everyone assume that Apple wants to keep stuff exclusive for China? That makes no sense at all.
Score: 5 Votes (Like | Disagree)

ValSalva
Apple is going after market share. China is a good place to start :D
Score: 3 Votes (Like | Disagree)