A Behind the Scenes Look at a Steve Jobs Keynote 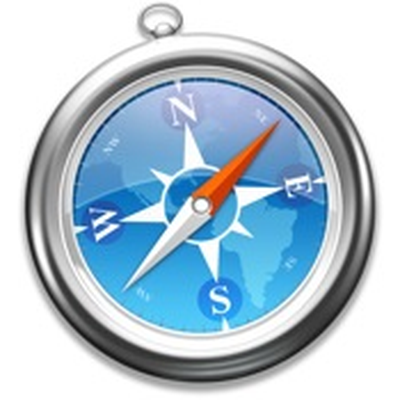 Former Apple employee Don Melton has been sharing a unique look behind the scenes of the Safari development team. Melton was the team leader on both the Safari and WebKit products that are now used by millions of users on iOS, the Mac, and Windows.

Previously, Melton explained how the Safari name came about, and the tale of Safari's User Agent string and the strategies his team used to keep the project under wraps.

Today, he shared details of the launch of Safari some ten years ago at the Macworld Expo in 2003. One of the more revealing sections of the piece looks behind the scenes at Steve Jobs' rehearsals for his presentation and some of the things that could have gone wrong.

Of course, thanks to Jobs' impeccable preparation, the Safari presentation -- and everything else that was revealed that day -- went off without a hitch.

Until I watched that video I found and posted of the Macworld keynote, I had completely forgotten what else was announced that day. Which is pretty sad considering I saw Steve rehearse the whole thing at least four times.

But you have to realize I was totally focused on Safari. And Scott Forstall, my boss, wanted me at those rehearsals in case something went wrong with it.

There’s nothing that can fill your underwear faster than seeing your product fail during a Steve Jobs demo.

One of my concerns at the time was network reliability. So, I brought Ken Kocienda, the first Safari engineer, with me to troubleshoot since he wrote so much of our networking code. If necessary, Ken could also diagnose and duct tape any other part of Safari too. He coined one of our team aphorisms, “If it doesn’t fit, you’re not shoving hard enough.”

Most of the time during those rehearsals, Ken and I had nothing to do except sit in the then empty audience and watch The Master Presenter at work — crafting his keynote. What a privilege to be a spectator during that process. At Apple, we were actually all students, not just spectators. When I see other companies clumsily announce products these days, I realize again how much the rest of the world lost now that Steve is gone.

The full article is worth a read for anyone who wants a peek behind the Apple curtain.

iRCL
I was excited about reading this article, until I realized it was another Don Melton story with zero content in it.

I've read MacRumors for years now and these are probably the lamest stories I have ever seen run
Score: 12 Votes (Like | Disagree)

I was excited about reading this article, until I realized it was another Don Melton story with zero content in it.

I was excited about reading this article, until I realized it was another Don Melton story with zero content in it.


Yeah, I was actually hoping to get to read about those keynote rehearsals.
Score: 7 Votes (Like | Disagree)

MBHockey
MR -- why do you guys keep posting "stories" from this guy?

They are uninteresting, uninformative, and are constantly misrepresented by the story's title.
Score: 6 Votes (Like | Disagree)
Read All Comments

Monday August 3, 2020 3:14 am PDT by Tim Hardwick
Apple last week confirmed that its "‌iPhone‌ 12" launch will be delayed this year due to the ongoing global health crisis and restrictions on travel. Apple last year started selling iPhones in late September, but this year, Apple projects supply will be "available a few weeks later," suggesting a release sometime in October. We're expecting a total of four OLED iPhones in 5.4, 6.1, and...
Read Full Article • 84 comments