Thursday October 25, 2012 4:33 pm PDT by Jordan Golson
During Apple's fourth quarter earnings call today, CEO Tim Cook explained the company's pricing philosophy for the iPad mini in some detail. The following is a portion of our rough transcript:

When we set out to build it, we didn't set out to build a small, cheap tablet. We set out to build a smaller iPad that offered the full iPad experience. The difference between us and the competition is profound. 35% larger screen than 7" tablets. 2 great cameras. Fastest communications with dual bank Wi-Fi. Fit and finish of our precision enclosure is breathtaking when held in your hands. That's what we've done, the iPad mini has higher costs and gross margin is significantly below our corporate average. Height of the cost curve, but we want to make a large number and we're going to work to try to get down the cost curve and get more efficient with manufacturing as we've done with our other products. 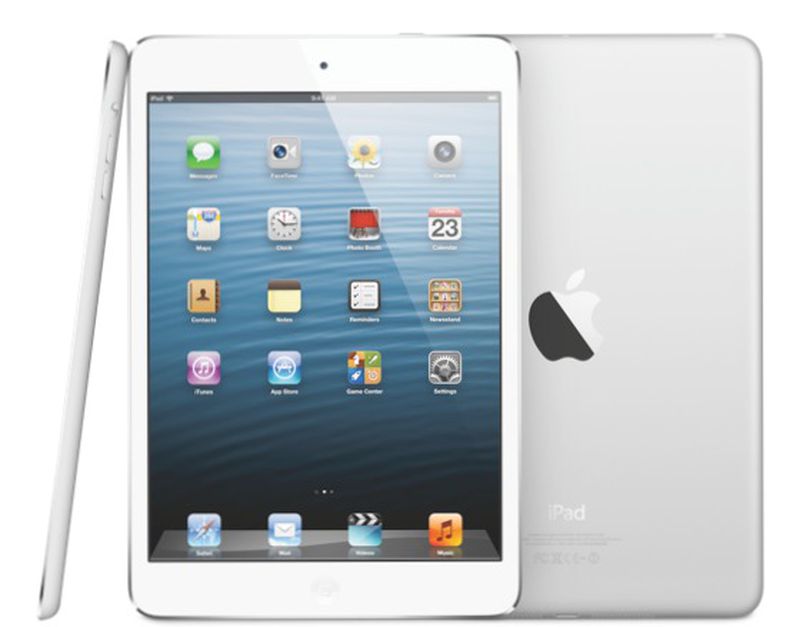 One of the things we try to do is to create a product that people will love for months and years and continue using. That's what iPad Mini is designed to do. You can see that more broadly on iPad by looking at the usage statistics. Over 90% of web traffic from tablets is from iPads. Apple will not make a product that somebody may feel good about for the moment, but then won't use when they get home. That's not the experience we want our customers to have. I would encourage you to use an iPad mini and I don't think you'd be using anything other than an iPad once you do that.

But I expect nothing less than you to defend your company's price points regardless.
Rating: 47 Votes

Just not sure why one would get this over iPad 4


Are you unable to see the differences between the two versions, or are you just unable to imagine other people having different requirements that you?
Rating: 44 Votes

FlameofAnor
A bit surprised by the defensive tone.

A simple, "unlike our competitors, we don't make crap", should've been sufficient. ;)
Rating: 38 Votes

impulse462
I feel like the 2nd or 3rd generation of this product will be worth getting, but as it is right now, I'm not sure if its worth 329. Maybe for some people, but not me.

mixel
Loads of people will buy this over ipad4 because of size alone.

It's mad how so many forum posters are obsessed with specs to the extent they forget about practical day to day considerations.
Rating: 32 Votes

How about they start with selling the ones with more memory cheaper. It's preposterous the amount they charge for a 16 gb increase when it only costs them a few bucks more. That is a greedy attempt at ripping off their customers and puts a bad taste in my mouth concerning Apple products.
Rating: 23 Votes

CasinoOwl
I've read a lot of quibbling that this is priced $30 too high. In a market where people are paying that for adapters, I think the iPad Mini will do just fine.
Rating: 23 Votes

It's so obvious to most people who understand the dynamics here. Then there are the ever present and constant whiners out there. who never seem satisfied with anything and would rather just complain. Even before the product is released!

This is going to be a terrific product and I can't wait to get my hands on one! I will also be upgrading my iPad 3 to the new one.

To the detractors, go get an android device, see how you like that! We'll miss ya and sooner or later you will see the difference in experience!
Rating: 15 Votes

Just not sure why one would get this over iPad 4


Then you should read up on the iPad forum some more.
Rating: 15 Votes

It's mad how so many forum posters are obsessed with specs to the extent they forget about practical day to day considerations.


In my experience, these people don't actually understand the specs. It's like they compare clock rate of two CPUs of different architectures, as if it's relevant. They don't know about the co-processors Apple builds into their devices and so they say things like Apple's products are underpowered when they aren't.

They also claim this is a premium price, but it isn't.

The iPad mini at $329 is a better deal than the kindle fire or nexus at $200-- and those products are subsidized!

It's astounding, its like they don't know there's a difference in the quality and capability...... which is why they then start claiming that Apple users are cult like who will buy at any price because of markting, or something.

I guess they need a rationalization.

At the end of the day, cheap crap is always going to cost less, especially when you subsidize it.

But if you buy it, you won't be nearly as happy. So its a worse deal.
Rating: 13 Votes