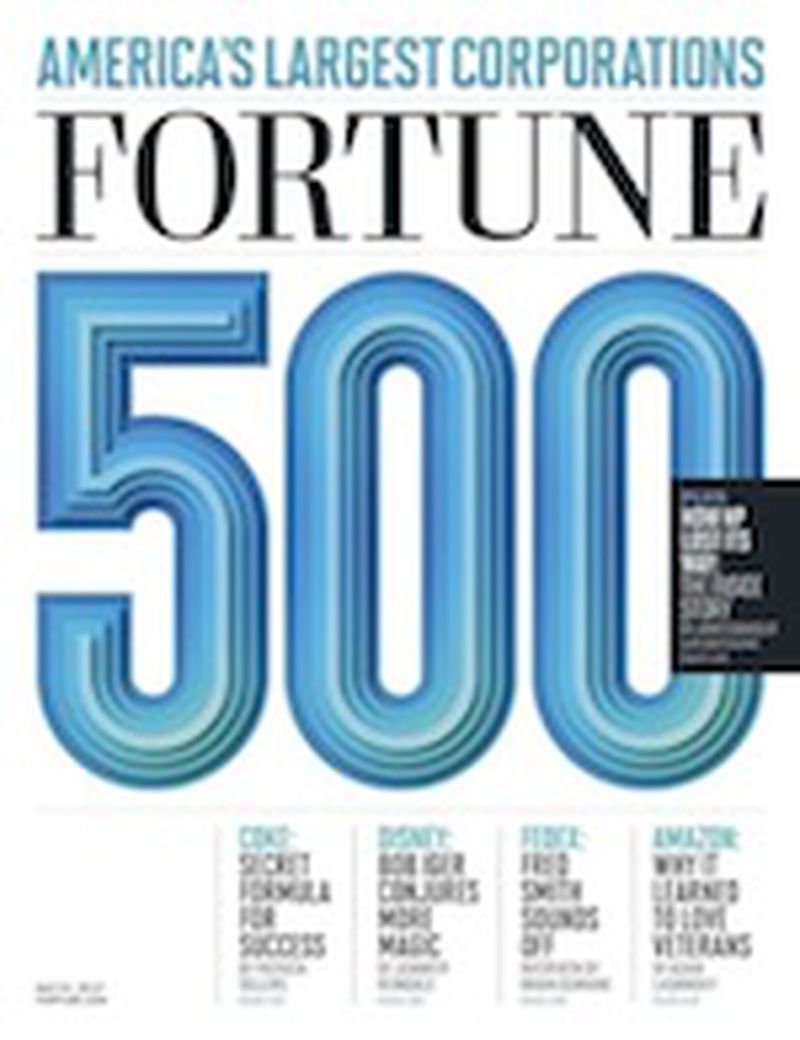 Fortune yesterday released its 2012 "Fortune 500" list, ranking America's largest companies by revenue. As a result of its continued strong growth, Apple rose 18 spots from last year's rankings to land at #17 in the new rankings, which are based on companies' fiscal year reports.

The company emerged from the tragic passing of co-founder Steve Jobs saddened but in no perceptible way weakened. Under CEO Tim Cook, the company continued pumping out new products -- like a significantly upgraded version of the iPad tablet. Apple nearly doubled its earnings per share in 2011, compared to 2010. That helped nudge management to announce plans for the firm's first dividend since 1995, returning some of the $97.6 billion in cash it had accumulated. Apple fans and analysts alike also continue to await a long-rumored television set from the gadget maker.

Apple's 2011 profits of $25.9 billion led the company to a new high as the third most profitable company behind energy giants Exxon Mobil ($41.6 billion) and Chevron ($26.9 billion). Microsoft sits in fourth place with profits of $23.2 billion.

Overall, Exxon Mobil ($453 billion in revenue) surged to barely overtake Wal-Mart ($447 billion) in the race for the top spot in the Fortune 500.

Apple's Fortune 500 rankings, 1983–2012 (Source: setteB.IT)
With very strong performances in the first two quarters of fiscal 2012, Apple is putting itself in position to surge even higher in next year's Fortune 500. Apple's official revenues totaling $85.5 billion in just the first half of the year could allow it to threaten to enter the top five next year, as the fifth position is currently held by General Motors at $150 billion for 2011.
[ 80 comments ]

Does it bother you that Apple gets the maximum profit from its products? Even if the products is only worth 30% percent it selling price.


Does it bother you that Microsoft sells an Office DVD for $200 that cost them about $0.93 to make? :rolleyes:

There's a heck of a lot more to business than just selling assembled component parts.
Score: 11 Votes (Like | Disagree)

Schizoid
anyone else wondering where these 'new' products are that they're 'pumping out'...
Score: 8 Votes (Like | Disagree)

iforbes
For every dollar of revenue, Apple had a profit of 0.239¢!

anyone else wondering where these 'new' products are that they're 'pumping out'...


Let's hope the 'new' macs are something really special, I need to get a new mac soon so I can start waiting for the iPhone 5.
Score: 5 Votes (Like | Disagree)
Read All Comments

Thursday March 26, 2020 1:45 pm PDT by Juli Clover
Alongside new iPad Pros last week, Apple also refreshed the MacBook Air, adding more storage, faster 10th-generation processors, and an updated keyboard. We picked up one of the new machines to take a look at some of the upgrades added in the 2020 update. Subscribe to the MacRumors YouTube channel for more videos. Design wise, there are no real external changes to the MacBook Air's body,...
Read Full Article • 67 comments