iOS 15: How to Get the Photos App to Feature a Person Less Often

In iOS 15, Apple has improved the control you have over the people and places that show up in your Photos Memories, letting you fine tune just who pops up in the ‌‌Photos‌‌ app and Home Screen widget. 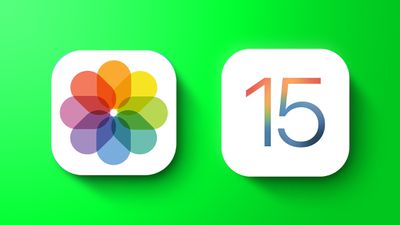 In previous versions of iOS, you could select "Suggest Fewer Memories Like This" when viewing a memory in the "For You" section of ‌‌Photos‌‌, or you could remove a photo from photo suggestions entirely. Now though you can choose to feature a specific person less often. Here's how.

When viewing the For You section of the ‌‌Photos‌‌ app, long press on an image with a person in it, and select Feature This Person Less to prevent that person from popping up as often. (The Remove From Featured ‌Photos‌ option will prevent that specific photo from reappearing.)

If there is more than one person in the photo, select Feature a Person Less and you'll see an additional menu allowing you to choose who you want to see less of, whether ‌Photos‌ recognizes them or not.

If there's someone in People that you'd like to see less of, go to the Albums section of ‌Photos‌, select People & Places, then choose the person in question. Next, tap the ellipsis icon in the top-right corner of the first image and select Feature [person's name] Less. If you don't want them to appear in the People section at all, select Remove [person] from People.

‌Photos‌ in iOS 15 has many more new features and improvements worth checking out, such as Visual Lookup and Live Text. You can find all the information in our dedicated Photos guide.