By MacRumors Staff on December 8, 2017
Jonathan Ive (aka Jony Ive) is Apple's Chief Design Officer. He oversees all of the design at Apple, from the look and feel of Apple hardware to software user interfaces and retail packaging. He also oversees Apple's major architectural projects, including Apple Campus 2 and new retail stores.

Ive has been a part of Apple's design team since 1996 and is largely known as the main designer behind Apple's iconic products, from the iPhone and the iPad to the MacBook and the Apple Watch. As of 2012, he has also been responsible for Apple's human interface team, leading the development of new software. Until 2015 when he was promoted to Chief Design Officer, he served as Apple's Senior Vice President of Design.

In June 2019, Apple announced that Ive would be leaving the company to start his own design firm, with Apple as a "primary client." 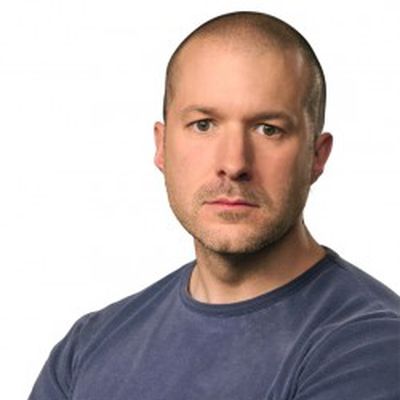 Friday December 8, 2017 11:51 am PST by Juli Clover
Apple Chief Design Officer Jony Ive is once again taking over management of the design team at Apple according to changes made to Apple's official "Apple Leadership" website. The site was updated this morning to remove the profiles of Richard Howarth and Alan Dye, who were managing the day-to-day operations at Apple while Ive oversaw all of Apple's design projects, and Bloomberg has confirmed...
Read Full Article 360 comments 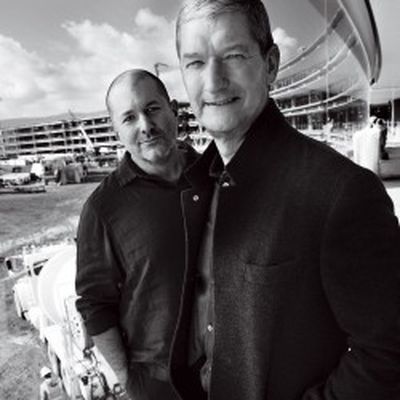 Wednesday February 17, 2016 10:08 am PST by Juli Clover
Apple executives Tim Cook and Jony Ive sat down with Vogue this week to discuss a range of design-oriented topics, from the company's spaceship-shaped second campus to the Apple Watch. On Apple's second campus, which is under development in Cupertino, Tim Cook shared some details on the giant pile of dirt that's been building up in the center of the site as construction has progressed....
Read Full Article 109 comments

Wednesday November 11, 2015 5:42 am PST by Eric Slivka
Alongside today's launch of the iPad Pro and its Apple Pencil and Smart Keyboard accessories, Apple design chief Jony Ive shared his thoughts on the new stylus accessory with The Telegraph. Addressing the device's strong resemblance to an actual pencil, Ive stresses that a familiar and natural feel is key to the user experience.“We hoped if you are used to spending a lot of time using...
Read Full Article 63 comments

Tuesday October 20, 2015 2:03 pm PDT by Juli Clover
Earlier this month, the Metropolitan Museum of Art announced Apple would sponsor its annual 2016 Gala and Costume Institute exhibition, with Apple Design Chief Jony Ive serving as co-chair of the event. The Gala, which takes place next year, is themed "Manus x Machina: Fashion in an Age of Technology," and while few details are available this early on, The Wall Street Journal has now shared a...
Read Full Article 38 comments

Wednesday October 7, 2015 5:50 pm PDT by Husain Sumra
Today at the Vanity Fair New Establishment Summit, Jony Ive sat down with director JJ Abrams and film producer Brian Grazer in a panel titled "Changing Worlds, Inventing Worlds" and spoke about his lasting memory of Steve Jobs and his new role as Chief Design Officer. Image via Vanity Fair Ive said he had messy feelings about Jobs when he died and knew of the "incredible complexity" of his...
Read Full Article 149 comments

Friday September 11, 2015 8:30 am PDT by Joe Rossignol
Apple design chief Jony Ive and Hermès artistic director Pierre-Alexis Dumas recently spoke with The Wall Street Journal about how the Apple Watch Hermès came to be. Interestingly, the two companies began collaborating on the premium Apple Watch last year, several months before the wrist-worn device was released.“It’s something highly unusual for Apple to do—to talk about an unannounced...
Read Full Article 183 comments

Wednesday August 26, 2015 5:04 pm PDT by Husain Sumra
Vanity Fair today announced its speaker lineup for the 2015 New Establishment Summit, revealing that Apple Chief Design Officer Jony Ive as well as Beats cofounder Jimmy Iovine will be attending as speakers. This is the second year in a row Ive is attending as a speaker. Last year, Ive detailed Apple's design process in his talk, explaining that he and his fellow designers gather around tables ...
Read Full Article 5 comments

Monday May 25, 2015 6:05 pm PDT by Eric Slivka
Apple today announced the appointment of Jony Ive to a newly created position of Chief Design Officer, allowing him to continue overseeing design aspects of numerous projects within the company while turning over the day-to-day management of the design teams to Richard Howarth and Alan Dye, who have both been elevated to vice president positions. Apple CEO Tim Cook announced the changes today in...
Read Full Article 280 comments

Tim Cook Featured in TIME's List of '100 Most Influential People'

Friday March 6, 2015 3:59 am PST by Joe Rossignol
Apple design chief Jonathan Ive recently discussed the meticulous process that went into creating the Apple Watch in a new profile with Financial Times. Ive describes the Apple Watch as "the most personal product" that Apple has ever made, with "thousands and thousands of hours of evaluation and testing" invested into the device. “Even now, when the design of the Apple Watch is incredibly...
Read Full Article 157 comments

Monday February 16, 2015 4:49 am PST by Joe Rossignol
Apple design chief Jonathan Ive has been interviewed in an exhaustive profile with The New Yorker, in which he discusses a number of topics ranging from Steve Jobs to the Apple Watch. The interview provides a rare glimpse inside Apple's design studio at Two Infinite Loop at its Cupertino headquarters, as Ive shares some of his experiences working at Apple over the past few decades. The...
Read Full Article 182 comments
Newer Posts
Archives
Older Posts