Apple Pencil 3: Everything We Know

Apple is rumored to be working on a third-generation version of the Apple Pencil, which could perhaps be introduced and sold alongside new iPad models that are set to launch in 2021. 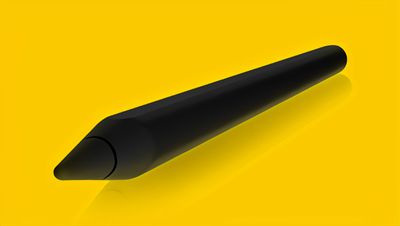 We have a limited amount of information on what might be included in an ‌Apple Pencil‌ refresh, but this guide covers everything we know.

A leaked image said to depict the third-generation ‌Apple Pencil‌ suggests that it will look similar to the second-generation version, with the same shorter body that was introduced in the prior model.

The first-generation ‌Apple Pencil‌ was longer in size and thicker than the second-generation model, which has a flat edge that allows it to charge inductively through an ‌iPad‌.

The third-generation model appears to have the same design, but it is made from a glossy material, and it has a different tip design.

Prior ‌Apple Pencil‌ designs featured a small screw-on tip, while the new version appears to have a larger tip design that screws into the ‌Apple Pencil‌. The purpose behind the updated tip design isn't known at this time.

Mr. White, the leaker who shared the images of the third-generation ‌Apple Pencil‌, has said that we can expect the new version to come in black as well as white.

Both the first and second-generation ‌Apple Pencil‌ models were released only in a white color.

The ‌Apple Pencil‌ is expected to have all of the functionality of the second-generation model, with low latency and integration with the latest ‌iPad‌ models.

iPad-based inductive charging is expected, as is gesture support. As for new features, we're not sure what could be introduced at this point in time. Apple patented a color sensing technology that would let the ‌Apple Pencil‌ sample colors from the environment, but there's no word yet on whether that idea will make it into a finalized product.

If there is a new ‌Apple Pencil‌ in the works, it could launch in the first half of 2021 alongside new ‌iPad‌ models that are in development.
Leaker "Uncle Pan Pan," who does not have an established track record, said in April that Apple is "preparing to release" a next-generation ‌Apple Pencil‌.

Have questions about the ‌Apple Pencil‌ 3 or know of something we left out? Send us an email here.

Universal Control: Everything You Need to Know

Thursday February 3, 2022 1:48 pm PST by Juli Clover
iOS 15.4 and macOS Monterey 12.3 introduce Universal Control, a long-awaited feature that Apple first previewed at the 2021 Worldwide Developers Conference. Universal Control is designed to allow you to control multiple Macs and iPads with a single trackpad/mouse and keyboard, and this Universal Control guide covers the ins and outs of the feature and answers all the questions you might have ...
Read Full Article • 86 comments

Wednesday February 16, 2022 1:55 pm PST by Juli Clover
Apple is working on a next-generation version of the iPad Pro, and while there are no major design updates that we know of, there are some new features that are worth looking forward to. This guide aggregates everything that we know about the 2022 iPad Pro so far based on the rumors that we've heard. Mini-LED Display Apple last year introduced an updated 12.9-inch iPad Pro with mini-LED...
Read Full Article • 216 comments

Friday March 18, 2022 11:26 am PDT by Hartley Charlton
The all-new Mac Studio is now Apple's most powerful desktop computer, surpassing even the high-end Mac Pro. The Mac Studio also starts at $1,999, substantially less than the $5,999 starting price of the Mac Pro. So why is the more expensive Mac Pro still in the lineup and should you buy it over the new Mac Studio? Our guide helps to answer the question of how to decide which of these two...
Read Full Article • 134 comments

Apple's Next Mac Mini Refresh: Everything We Know

Thursday February 10, 2022 2:30 pm PST by Juli Clover
Apple is working on updated versions of the Mac mini, and at least one of the Mac mini machines in the works is likely to replace the Intel version of the Mac mini that Apple is still selling today. Apple replaced the entry-level Mac mini with an M1 version in 2020, and the company is ready for a refresh of the Mac mini line. In March 2022, Apple introduced the Mac Studio, which is a hybrid ...
Read Full Article • 288 comments

Friday March 11, 2022 12:22 pm PST by Hartley Charlton
The all-new Mac Studio is Apple's most powerful custom silicon standalone desktop computer, overtaking the entry-level M1-based Mac mini that Apple launched in November 2020. The Mac Studio starts at $1,999, dwarfing the $699 starting price of the Apple silicon-based Mac mini, so do you need the latest high-end Mac, or is the humble Mac mini sufficient for your needs? Our guide helps to...
Read Full Article • 292 comments

Thursday January 13, 2022 1:22 pm PST by Juli Clover
Apple is developing the next several iterations of its M-series Apple silicon chips, and one of those future chips coming in 2023 is expected to be called the "M3" and use updated TSMC chip manufacturing technology. This guide contains everything that we know about the M3 chip, and it will be updated over time as we learn more about it. What We Know Apple is still on the M1, M1 Pro, and...
Read Full Article

iOS 16: How to Remove the Home Screen Search Button