Apple Discontinued These Five Products in 2022

Apple announced many new products this year, such as the Mac Studio and the Apple Watch Ultra, but we also said goodbye to some other familiar products. Below, we've recapped five products and accessories discontinued by Apple throughout 2022. 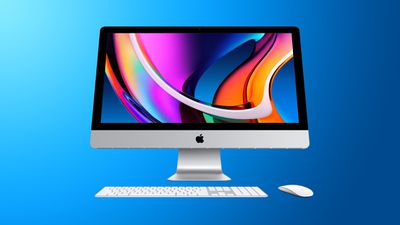 Following the introduction of the Mac Studio and Studio Display in March, Apple discontinued the 27-inch iMac, which was the final iMac model with an Intel processor. With the iMac Pro also discontinued last year, the 24-inch iMac with the M1 chip is currently the only all-in-one desktop computer sold by Apple. Reputable sources like Mark Gurman and Ming-Chi Kuo have claimed that the iMac Pro could make a comeback in 2023.

Apple announced that it was discontinuing the iPod touch in May, and the device was removed from Apple's website in June. iOS 16 is not compatible with any iPod touch models, marking the end of software compatibility for the portable music player.

First introduced in October 2001, the iPod was one of Apple's most iconic products, but the device's discontinuation became inevitable over time given the wide array of Apple products that can now play music, including the iPhone, iPad, Apple Watch, HomePod mini, and more. The final generation of the iPod touch was introduced in May 2019.

Alongside the launch of the all-new Apple Watch Ultra with a titanium casing in September, the Apple Watch Edition line was discontinued.

Apple Watch Edition models had been available since the launch of the original Apple Watch in 2015. Over the years, these models set themselves apart with higher-end casing material options like gold, ceramic, and titanium. Apple Watch Ultra is now the only model to offer a titanium casing, while Hermès models remain available as a luxury option.

The new Apple TV 4K starts at $129, whereas the Apple TV HD was priced at $149 prior to being discontinued. Originally launched as the fourth-generation Apple TV, and later renamed to the Apple TV HD, the streaming box is limited to 1080p video quality and was the first Apple TV to feature tvOS, an App Store, and a Siri-enabled remote.

Apple appears to have discontinued its compact 5W charger for the iPhone in the U.S. around August, as the power adapter has been sold out since then.

Apple included the 5W charger with the iPhone 3G through the iPhone 11, although the charger received a few minor revisions over the years, in part due to two voluntary safety recalls issued by Apple in select countries. Unlike Apple's newer USB-C chargers, the 5W charger is equipped with a USB-A port and is not capable of fast charging.

iPhone 11 Pro models came with a faster 18W USB-C charger in the box, and Apple stopped including a charger at all with the iPhone 12 and newer.

Following the introduction of the Mac Studio and Studio Display in March, Apple discontinued the 27-inch iMac ('https://www.macrumors.com/2022/03/08/apple-discontinues-27-inch-imac/'), which was the final iMac model with an Intel processor. With the iMac Pro also discontinued last year, the 24-inch iMac with the M1 chip is currently the only all-in-one desktop computer sold by Apple. Reputable sources like Mark Gurman and Ming-Chi Kuo have claimed that the iMac Pro could make a comeback in 2023 ('https://www.macrumors.com/2022/03/06/kuo-imac-pro-in-2023-27-inch-display-this-year/').

Still don't understand the logic with canceling the larger iMac except make it a sacrificial lamb to help sell the headless Mac Studio. Yes it was probably due to parts obsolesce. Still they came out with a 24" iMac May 2021, and then nothing after many months until it was taken off the store.
Score: 16 Votes (Like | Disagree)

TheYayAreaLiving ?
The 27-Inch iMac should have not been discontinued in the first place. The feeling you get from Mac Studio is not the same. I do miss the all-in-one set up desktop you get from an iMac.

In addition, RIP to 5W Power Adapter I still use it daily and it does not overheat my iPhone due to excessive heating from fast charging.
Score: 16 Votes (Like | Disagree)

McJobs
When will be these two dinosaurs discontinued?

Curious what the evidence was and from what credible source.

Can't imagine Apple releasing the Mac Studio without an Apple display to go with it, as most people would balk at having to purchase a Display XDR for a monitor.

The evidence is the interior of the StudiNo Display 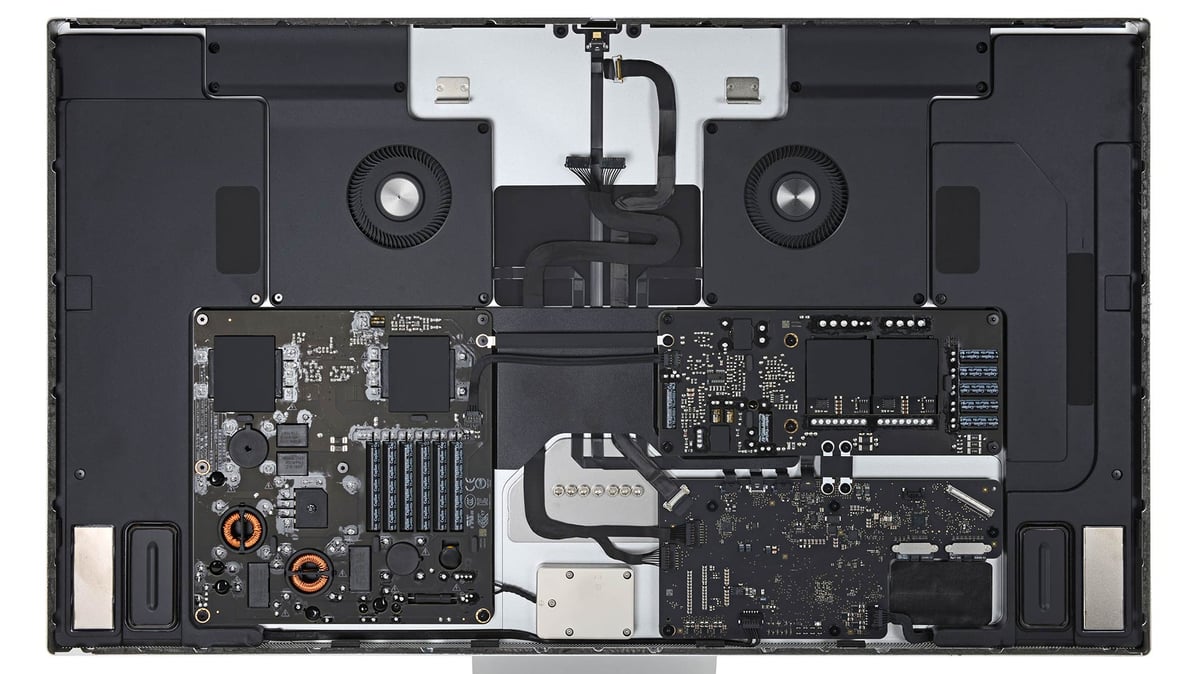 When iFixIt disassembled the "monitor" they found some very interesting tidbits. https://www.ifixit.com/News/58242/studio-display-teardown-is-this-secretly-an-imac

The logic board of the monitor matches an iMac's very closely, even having space for storage as the A13 the monitor actually has 64 gbs of storage AND has iOS installed. The monitor has a power supply completely inside it, with a massive desktop class heatsink that exists solely to cool that PSU. Everything about the "monitor's" internals suggests this was originally supposed to be the 27 inch iMac but halfway they decided against it, presumably because the M1 family was on the way out or setbacks with the chip shortage.

It's very possible this design will come back to be the 27 inch iMac (or iMac Pro as they'll most likely call it) with an M2 Max chip inside.
Score: 13 Votes (Like | Disagree)

MacLawyer
I'm really glad I got the last 27" iMac model fully specced out. I use it daily. It's still plenty fast. Wonder why Apple hasn't come out with a silicon large screen model.
Score: 13 Votes (Like | Disagree)

mcfrazieriv
Amazing. To the untrained eye, all of these products look identical to ones that still exist in the lineup.
Score: 7 Votes (Like | Disagree)
Read All Comments