Apple's senior vice president of services Eddy Cue is working to restructure services management with the aim of focusing more on streaming and advertising, according to a new report from Business Insider. 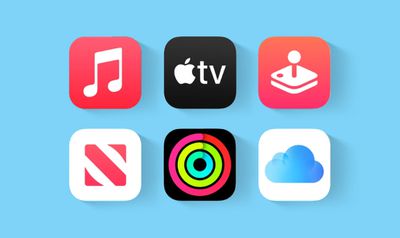 Cue sees streaming and advertising as areas where there is opportunity for revenue growth, and he has already begun updating the responsibilities of key services executives. Peter Stern, Apple's vice president of services, is no longer handling advertising, giving him more time to focus on video, news, books, iCloud, Fitness+, and Apple One.

Todd Teresi, an advertising vice president at Apple, will instead be taking on more responsibility and has been reporting directly to Cue since the beginning of the year. One of the sources who spoke to Business Insider said that Apple's ad business is now "big enough to live on its own."

Apple recently acquired the rights to Friday Night Baseball after establishing a deal with Major League Baseball, and part of its effort to expand streaming services will include additional sports deals. Rumors indicate that Apple is working to secure the rights to NFL's Sunday Ticket package, and Business Insider says that Apple also wants to get the rights to air NBA games.

Sports content would draw in new viewership for Apple TV+, which Apple has been working to build up since its 2019 launch. Apple still has a limited amount of original content compared to other streaming services, and it is unable to draw the same subscriber numbers as Hulu, Netflix, and Disney+.

Along with focusing on streaming and advertising, Apple also has plans to introduce new services. There are rumors of a hardware subscription service, and ‌Apple Pay‌ is expanding to include a buy now, pay later feature. Over the weekend, Bloomberg's Mark Gurman said that Apple has even explored an Instacart-like service that would integrate with nutrition data in the Health app.

So focus on advertising like Google did? Should we worry?

Always be worried when they say they need to focus on advertising...
Score: 38 Votes (Like | Disagree)

sdz
Eddy Cue should be put into an elderly home.
Score: 28 Votes (Like | Disagree)

now i see it
I wonder what it’s like working for a multi/trillion dollar company that continues to make record profits quarter after quarter and being tasked to “work on opportunities for new revenue growth”.
It almost seems absurd
Score: 26 Votes (Like | Disagree)

Always be worried when they say they need to focus on advertising...

There will be a new service introduced within 3 years. It will be called Privacy+, which will exclude your account from Apple inside data mining.
Score: 21 Votes (Like | Disagree)

Apple_Robert
If Apple does move to advertising on the Apple TV, I won't sub. I don't pay for any streaming service whereby I have to watch adverts.
Score: 20 Votes (Like | Disagree)
Read All Comments

Saturday February 4, 2023 1:30 am PST by Hartley Charlton
Google's Chromium developers are working on an experimental web browser for iOS that would break Apple's browser engine restrictions, The Register reports. The experimental browser, which is being actively pursued by developers, uses Google's Blink engine. Yet if Google attempted to release it on the App Store, it would not pass Apple's App Review process. Apple's App Store rules dictate...
Read Full Article • 277 comments