Apple is believed to be working on a smaller version of the Apple Pencil, according to recent reports. 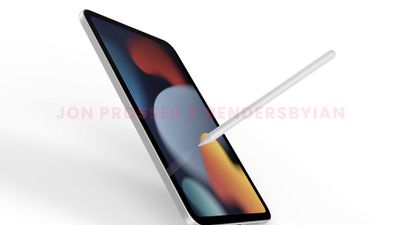 In a report outlining the redesign and new features coming to the next-generation iPad mini, the leaker Jon Prosser has revealed insights into what Apple may have in store for a new ‌Apple Pencil‌ model. Sources that are purportedly familiar with the project, speaking to Prosser, have said that the sixth-generation ‌iPad mini‌ will come alongside a new, smaller ‌Apple Pencil‌.

This ‌Apple Pencil‌ would presumably be more appropriately scaled for use with the ‌iPad mini‌'s form factor, but it is not clear if Apple will sell two different sizes of ‌Apple Pencil‌ or simply make the third-generation ‌Apple Pencil‌ smaller, to be used across all ‌iPad mini‌, iPad Air, and iPad Pro models in the lineup.

Earlier this year, images supposedly depicting a third-generation ‌Apple Pencil‌ were shared by the leaker known as "Mr. White."

With a different finish, larger tips, and a shorter design, the next-generation ‌Apple Pencil‌ could offer a number of upgrades to justify a new iteration of the device, potentially with added functionality.

It is not entirely clear when the smaller ‌Apple Pencil‌ will launch, but it is likely to come alongside the sixth-generation ‌iPad mini‌, which Apple analyst Ming-Chi Kuo expects will arrive in the second half of 2021.