Workers used to support Apple's call centers around the world have complained about plans to install cameras to monitor them when working from home, NBC News reports. 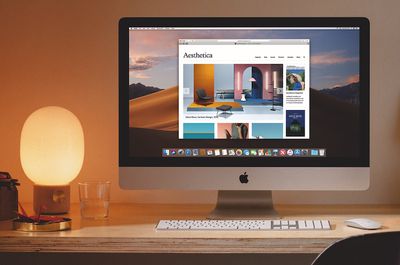 Employees of Teleperformance in Colombia, a major call center company used by Apple, have raised concerns about lengthy new contracts that allow them to be monitored by AI-powered cameras installed in their homes, voice analytics, and storage of data about workers' family members, including children. One worker based in Bogota, who works on the Apple account, told NBC News:

The contract allows constant monitoring of what we are doing, but also our family. I think it's really bad. We don't work in an office. I work in my bedroom. I don't want to have a camera in my bedroom.

The contract asked workers to agree to video cameras being installed in their home or on their computers, angled toward their workspace, to record and monitor them in real-time. It also included the requirement for consent to be monitored using AI-powered video analysis tools that can identify restricted objects around the workspace, such as cellphones.

In addition, it asked workers to agree to the sharing of data and images relating to any children they have under the age of 18 who may be picked up by video and audio monitoring tools, give biometric data, including fingerprints, and even take polygraph tests.

According to The Guardian, Teleperformance's software scans for video breaches of work rules and sends this to managers. Workers have to click "break mode" in the software to leave their desks and offer an explanation for doing so. Workers also risk being marked as "idle" if they do not use their mouse or keyboard for a certain amount of time.

Workers were reportedly told by their supervisors that if they refused to sign the new contract, they would be moved off of the Apple account.

Outside Colombia, Teleperformance uses software called TP Cloud Campus, which allows staff to work remotely in more than 19 markets, but also includes "AI to monitor clean desk policy and fraud" by analyzing camera feeds. Teleperformance has enabled 240,000 of around 380,000 employees to work from home around the world, including in India, Mexico, and the Philippines, via the TP Cloud Campus software.

Teleperformance employees in Albania, including those who work on Apple's UK account, complained to the country's Information and Data Protection Commissioner about proposals to introduce video monitoring in their homes, which resulted in Teleperformance being barred from using cameras to monitor staff working from home in that country.

A Teleperformance spokesperson told NBC News that the new contracts obtain consent for a range of scenarios to comply with data privacy laws as it develops and optimizes tools for long-term working from home for employees and clients, improving the "Teleperformance Colombia experience for both our employees and our customers, with privacy and respect as key factors in everything we do."

Workers said that management told them that it was clients who requested the additional monitoring to improve security and prevent data breaches while working from home, but the move to implement monitoring technology in employees' homes does not appear to have come from Apple. Amazon and Uber are also among Teleperformance's clients.

A spokesperson for Apple, Nick Leahy, said that the company "prohibits the use of video or photographic monitoring by our suppliers and have confirmed Teleperformance does not use video monitoring for any of their teams working with Apple." Apple said that it audited Teleperformance in Colombia this year and did not find any "core violations of our strict standards," adding "We investigate all claims and will continue to ensure everyone across our supply chain is treated with dignity and respect."

scottct1
Man in one week Apple has gone from the kings of privacy to the ultimate creepers.
Score: 184 Votes (Like | Disagree)

HappySponge
Look give your WFH employees their goals/metrics/criteria for success/whatever corporate jargon you like to speak, and if the people are hitting those goals that is all that matters. if I can fold laundry and solve a problem on the phone at the same time who cares?
Score: 109 Votes (Like | Disagree)

Man in one week Apple has gone from the kings of privacy to the ultimate creepers.

Apple, the biggest plot twist of privacy of the century LOL

I hope Apple goes out of business VERY SOON! Disgusting!

They never were the kings of privacy. Apple has been planning to be creeps for a decade. iCloud was introduced in 2011, since the business is well established now and Apple has 2 Trillion dollars, Apple decided to invade our privacy. It's all part of a game and a set up. It did not happen overnight.

What the hell is going on with Apple lately? We need a giant asterisk any time they mention "privacy" from now on.

It only took a few days. King Apple turned into Clown Apple. Seriously….

“A spokesperson for Apple, Nick Leahy, said that the company "prohibits the use of video or photographic monitoring by our suppliers and have confirmed Teleperformance does not use video monitoring for any of their teams working with Apple."
Score: 65 Votes (Like | Disagree)

scottrngr
Hire call center workers in the US, you cheap ba$tard$.
Score: 58 Votes (Like | Disagree)

Scotticus
What the hell is going on with Apple lately? We need a giant asterisk any time they mention "privacy" from now on.
Score: 43 Votes (Like | Disagree)
Read All Comments