Apple May Be Interested in Acquiring A24 Film Studio

A24, a film and TV studio that works with Apple, recently explored a possible sale and Apple was one of the interested parties, according to a new report from Variety. 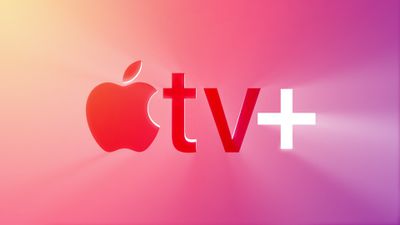 Movies that include "Hereditary," "Moonlight," "Lady Bird," and "Midsommar" have come from A24, with A24 also responsible for Apple TV+ content that includes "Mr. Corman" and "On the Rocks" along with and upcoming films "Sharper," "The Sky is Everywhere," "The Tragedy of Macbeth," "Bride," and more.

A24 is asking for $2.5 billion to $3 billion, and has been talking with potential buyers for over 18 months. According to Variety, it is not clear if those discussions are ongoing, as a source close to the company says A24 is now focused on expansion.

Some of the sources that spoke to Variety said that Apple and A24 discussed a potential acquisition when their multi-year film deal was announced in 2018, but other sources said that the two companies held discussions much more recently.

Apple appears to be looking to expand its ‌Apple TV+‌ offerings, and recent rumors also suggested that Apple has expressed interest in purchasing Hello Sunshine, which is Reese Witherspoon's production company.

If Apple does ultimately end up purchasing A24, it could be folded into Apple Studios, Apple's own production company that is involved with some of its ‌Apple TV+‌ shows.

No they weren’t, hereditary was average and nonsensical with a terrible ending and midsommar was laughable.
A24 have a great catalog of films but these? Lol no.

These 2 films are already classics. Next level horror.
Score: 6 Votes (Like | Disagree)

DTphonehome
Will be confusing in 10 years when Apple releases the A24 chip in the iPhone 22.
Score: 5 Votes (Like | Disagree)

e-coli
Oh no this would be a disaster. The best film company on earth at the moment doesn't need a helicopter parent or babysitter.
Score: 5 Votes (Like | Disagree)

So for an extra $5.5B you get a catalogue of 4,000 films including all the Bond movie, the Wizard of Oz, all the Rocky movies, Legally Blonde, Silence of the Lambs and Raging Bull to name just a few along with 17,000 TV episodes covering Series like Fargo and The Handmaid’s Tail. Assuming that Amazon can past the latest regulatory hurdle, then that does sound a better deal.
Score: 5 Votes (Like | Disagree)

You could literally spend an entire day naming great MGM movies. And movies aren’t just about making new stuff. There’s 10,000 old films out there worth watching. If Apple isn’t going to have a big catalogue with some older great movies in there I fail to see what their game is. I mean, why did they even bother funding content when they have all other streaming apps available across their platforms. In hindsight, at least from my perspective they should have focused their energies instead on other stuff.
Score: 4 Votes (Like | Disagree)
Read All Comments