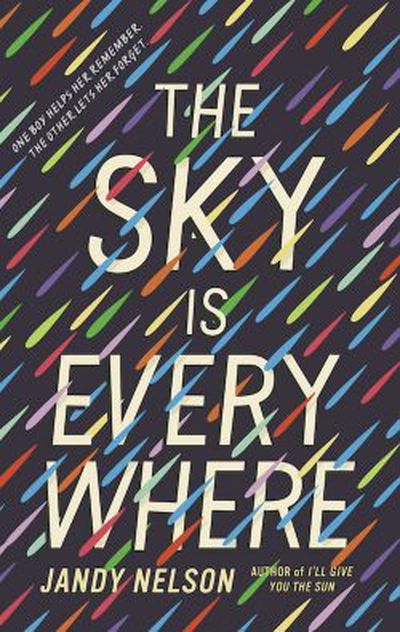 Apple has set up its second partnership with film studio A24, this time for an adaptation of the young adult novel "The Sky is Everywhere" (via The Hollywood Reporter).

"The Sky is Everywhere" will be directed by Josephine Decker and the film will be written by the novel's author, Jandy Nelson. The book was published in 2010 and tells the story of a high schooler named Lennie Walker who is coping with the sudden death of her older sister.

Apple and A24 first announced a plan to produce the film "On the Rocks" with director Sofia Coppola earlier this year. "The Sky is Everywhere" will be the second project to come out of the agreement.

Apple and A24 have a multiyear agreement, and the two plan to produce a series of films for Apple TV+, so there will be more coming beyond "The Sky is Everywhere" and "On the Rocks."

A24 is an indie entertainment studio, most recently known for releasing films like "The Lighthouse," "Midsommar," "Mid90s," and "Eighth Grade."

‌Apple TV+‌ is set to launch in a few weeks on November 1, and the company has already begun premiering its shows at press events, starting with "For All Mankind."

GermanSuplex
I am truly not trying to criticize for the sake of it, but between Apple Music and Apple TV+, nothing I am reading or hearing about sounds remotely exciting. Every exclusive on Apple Music is by some pop star or rapper I'm not even mildly interested in, and all the Apple TV+ shows sound boring at best. The first year being free, I hope I'm pleasantly surprised because I want to like the exclusives, but nothing I'm hearing sounds very exciting. It reminds me of Steve Jobs saying how other people do certain things better than them, and to let them do it. I hope their venture into original content isn't an example of that.
Score: 2 Votes (Like | Disagree)

JosephKing
When I saw "A24" I thought "wow did we really skip 10 generations of Apple silicon chips?" lol
Score: 1 Votes (Like | Disagree)

camomac
A24 is a great studio. Honestly I have enjoyed everything (I think) I have seen from them.
I agree- everything I keep reading coming from Apple seems kinda boring.
I too hope I am surprised.
Score: 1 Votes (Like | Disagree)

I am truly not trying to criticize for the sake of it, but between Apple Music and Apple TV+, nothing I am reading or hearing about sounds remotely exciting. Every exclusive on Apple Music is by some pop star or rapper I'm not even mildly interested in, and all the Apple TV+ shows sound boring at best. The first year being free, I hope I'm pleasantly surprised because I want to like the exclusives, but nothing I'm hearing sounds very exciting. It reminds me of Steve Jobs saying how other people do certain things better than them, and to let them do it. I hope their venture into original content isn't an example of that.

I understand your perspective.

With Apple Music, I'd offer that it is just a tool - can be used for good or evil, can rock or suck. Kind of falls into that "you get out why you put in" approach. Meaning... While it is
clearly set up, and more easily caters to, a very specific type of music user, I do think it worth stating aloud that it can be a powerful tool in the right hands. Just requires a little effort or thinking about the tool's potential a little differently than maybe what is presented. For me, it has played a central role in helping me reconnect with music in a very meaningful way.

Example: I have chosen taken a more active role in leveraging the power of having nearly any song at my disposal. More purposeful hunting and gathering than passively relying on Apple's algorithms - I mean people - and other tactics (which likely works just fine for the vast majority). I have a small morning and evening commute. In that space, I have stumbled across a really great radio station (yes, I did say radio). About 90% of the time, I find myself asking Siri "what song is this?" In one touch, that new-to-me tune is added to my Library for later consumption/focus. I also have a reoccurring, scheduled evening (hey, I have 2 young kids) where a few friends will gather and we take turns spinning vinyl. I'm lucky: this crew has impeccable taste and have turned me onto so much amazing music that is A) happening right now and B) typically won't show up in Apple's force-fed buffet. There, I'll do the same - adding albums to my Library for later consumption/focus. Then when I have that consumption/focussed space, I crack open Apple Music and start digging into my recent haul. The really, really fun stuff, I will seek out the vinyl. But most will find air time via Airplay to my home system.

All of this is to say (reiterate) that it might simply require you we consider other potentials with these tools we're presented. YMMV. Have fun!

p.s. - I'm struggling to see how TV+ is going to fit into my world, but I'll have a year to openly explore.
Score: 1 Votes (Like | Disagree)

It hasn't even launched yet. Maybe reserve judgement.

I didn't judge the service itself. I judged Apple Music exclusives (even though I enjoy the service, just not the exclusive content) and the material like trailers and plots that we know of.

Let's try it again; Not enjoying what I see so far, hope I end up enjoying it when it comes out. Make sense? Here, let me throw in a bonus positive; It's free for a year (I've bought a couple of eligible items), and I hope I'm compelled to pay when that year is up.
Score: 1 Votes (Like | Disagree)

fmcshan
This is some great news. A24 has produced some great films over the years... I personally loved A24’s ‘Hereditary.’ Looking forward to seeing what’s coming on Apple TV+.
Score: 1 Votes (Like | Disagree)
Read All Comments

Thursday September 29, 2022 12:38 pm PDT by Juli Clover
Tony Blevins, Apple's vice president of procurement, is set to depart the company after he made a crude comment about his profession in a recent TikTok video, reports Bloomberg. Blevins was in a video by TikTok creator Daniel Mac, who was doing a series on the jobs of people he spotted with expensive cars. After seeing Blevins in an expensive Mercedes-Benz SLR McLaren, Mac asked Blevins what ...
Read Full Article • 755 comments