Apple overtook Samsung to become the largest smartphone vendor worldwide in the fourth quarter of 2020, a feat not achieved by Apple since 2016, according to market data by Gartner. 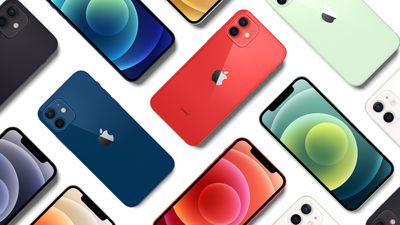 In the final quarter of 2020, Apple sold 80 million new iPhones, largely driven by the launch of the first 5G-enabled iPhone series. Anshul Gupta, Senior Research Director at Gartner, says that 5G and improved camera features helped convince customers to upgrade to iPhone 12 models in the final quarter of the year.

Even as consumers remained cautious in their spending and held off on some discretionary purchases, 5G smartphones and pro-camera features encouraged some end users to purchase new smartphones or upgrade their current smartphones in the quarter.

Compared to 2019, Apple sold more than 10 million extra iPhones in the fourth quarter and saw its global smartphone market share increase by almost 15%. Samsung, the closest rival to Apple, saw its market share decrease by 11.8% and sold around eight million fewer devices compared to just one year ago, according to the market data.

Apple's near 15% increase in market share yielded it an "upgrade super-cycle," according to Annette Zimmerman, the lead analyst for Apple at Gartner, quoted by the Financial Times. In Q1 of 2021, Apple saw its largest number of ‌iPhone‌ upgrades ever, according to CEO Tim Cook. The ‌iPhone‌ alone generated more than $65 billion in revenue for the first quarter of the year.

For the greater picture, however, global smartphone sales decreased by 12.5% in 2020. Out of the top five smartphone makers, Apple and Xiaomi were the only two unscathed by the global decline in sales. Apple's growth comes despite the fact that it launched its ‌iPhone 12‌ series out of the normal September timeframe due to the global health crisis.

Across the board, the accelerated growth of 5G adoption around the world drove up demand for 5G compatible smartphones. In a year stricken by economic difficulties, consumers were looking for lower-end, affordable 5G smartphones, instead of higher-end models with price tags of up to $1,500. On that front, the iPhone 12 mini, despite reports of it performing poorly relative to other ‌iPhone 12‌ models, likely helped Apple overtake Samsung thanks to its small form factor and relatively affordable $699 price tag.

Looking further ahead into 2021, Gartner expects that the availability of lower-end 5G smartphones, such as the ‌iPhone 12 mini‌, will be a "deciding factor for end users to upgrade their existing smartphones." Apple is expected to continue the "mini" model for next year's model, and the entire iPhone 13 lineup is rumored to feature an under-the-screen Touch ID sensor, always-on-display, and improved cameras.

These reports of bad 12 mini sales make me laugh. There are plenty of people going to a shop to buy a 12mini, then they see that they can get a much bigger iphone for almost the same money, change their mind and buy the bigger phone, and Apple is laughing all the way to the bank.

There's also oddly never a report over how "the Samsung Galaxy M31 sold really poorly compared to the S20 and therefore should be discontinued".
Score: 6 Votes (Like | Disagree)

Unggoy Murderer
Apple has an iPhone at nearly every price point between £400 and £1100 which will certainly be helping - and all of them are premium devices. The iPhone SE's probably the best value phone on the market right now.
Score: 6 Votes (Like | Disagree)

djcerla
… and think about what it could do if it had a keyboard!

Apple is slowly becoming a monopoly, especially when it comes to the high-end market. That's concerning.

They don’t say that the person who wins a race against a field of competitors has a “monopoly”... they just call him better.
Score: 3 Votes (Like | Disagree)

These reports of bad 12 mini sales make me laugh. There are plenty of people going to a shop to buy a 12mini, then they see that they can get a much bigger iphone for almost the same money, change their mind and buy the bigger phone, and Apple is laughing all the way to the bank.

Not saying I disagree with you at all, but I want to emphasise that there certainly exists people who do not see "bigger phone" as a selling point. They may however, see that they can get a roughly the same size phone for a much smaller amount (the SE), and instead leave with that over the 12 mini.

The Game 161
The fact they are doing this with no 100-300 priced phones is amazing really as thats where a lot of Samsung’s sales come from. It apple are dominating the low end £399 and mid range at say 599-699 and also the 999 to 1399 range then it really puts them in great shape. The fact the 12 pro max was the best selling phone in US given the price point is impressive.
Score: 2 Votes (Like | Disagree)
Read All Comments