Following weeks of rampant Apple Car rumors, Hyundai and its subsidiary Kia today said they are not (or at least no longer) in discussions with Apple to co-operate on development of a self-driving electric vehicle, according to Bloomberg. 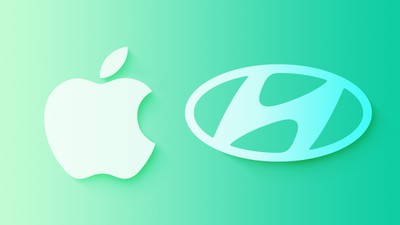 Hyundai last month confirmed that Apple was in discussions with a variety of global automakers, including Hyundai. However, the automaker walked back the statement just hours later, and merely said that it had "received requests for potential cooperation from various companies regarding development of autonomous EVs."

Bloomberg on Friday reported that talks between Apple and Hyundai had "paused recently," adding that Hyundai's original statement and the subsequent reports "upset Apple," a company known for its culture of secrecy.

Last week, Korean newspaper Dong-A Ilbo reported that Apple was planning to invest the equivalent of $3.6 billion in Kia as part of a planned manufacturing partnership between the two companies that would have seen Kia build the Apple Car at its assembly plant in Georgia. Apple analyst Ming-Chi Kuo predicted that the Apple Car would be based on Hyundai's E-GMP electric vehicle platform, which would have allowed for a range of over 300 miles, acceleration from 0-60 miles per hour in as little as 3.5 seconds, a top speed of 160 miles per hour, up to an 80% charge within 18 minutes, and more.

Nikkei Asia reported that Apple is in discussions with at least six Japanese automakers over potential supply and manufacturing partnerships, so it sounds like Apple is still in the early stage of negotiations with automakers around the world.

In any case, it's believed that the Apple Car is still years away from being released, with predictions ranging from 2024 all the way to 2028.

syklee26
Hyundai/Kia are public company. They were required by securities law of Korea to disclose something this morning (“Response to rumors”) That’s why Apple “cut off negotiation“ with them, so Apple can announce this first. They will “one more thing” this in March. WHy announce something that will not happen for 4-5 years? Because if Hyundai/Kia sign agreement with Apple, they have to disclose this.
Score: 13 Votes (Like | Disagree)

anshuvorty
Good call by Hyundai/Kia...you have to sell your soul to partner with Apple...Foxconn is a good example...
Score: 10 Votes (Like | Disagree)

Student of Life
Apple needs them more than Hyundai/Kia needs Apple. If it’s true what other realistic options does Apple have?
Score: 9 Votes (Like | Disagree)

"No, we are not currently in negotiations" which is totally true.

*walks back into conference room to negotiate with Apple*
Score: 8 Votes (Like | Disagree)

As they shouldn't be.... Do you really think high end Apple wants to associate with budget market vehicles such as Kia or Hyundai? yes I know the sonata is ranked fairly high in the sedan market but they are still budget vehicles.

The Hyundai and Kia brands may be budget, but Hyundai’s manufacturing prowess is nothing to scoff at. You should look it up; it’s quite interesting
Score: 6 Votes (Like | Disagree)
Read All Comments